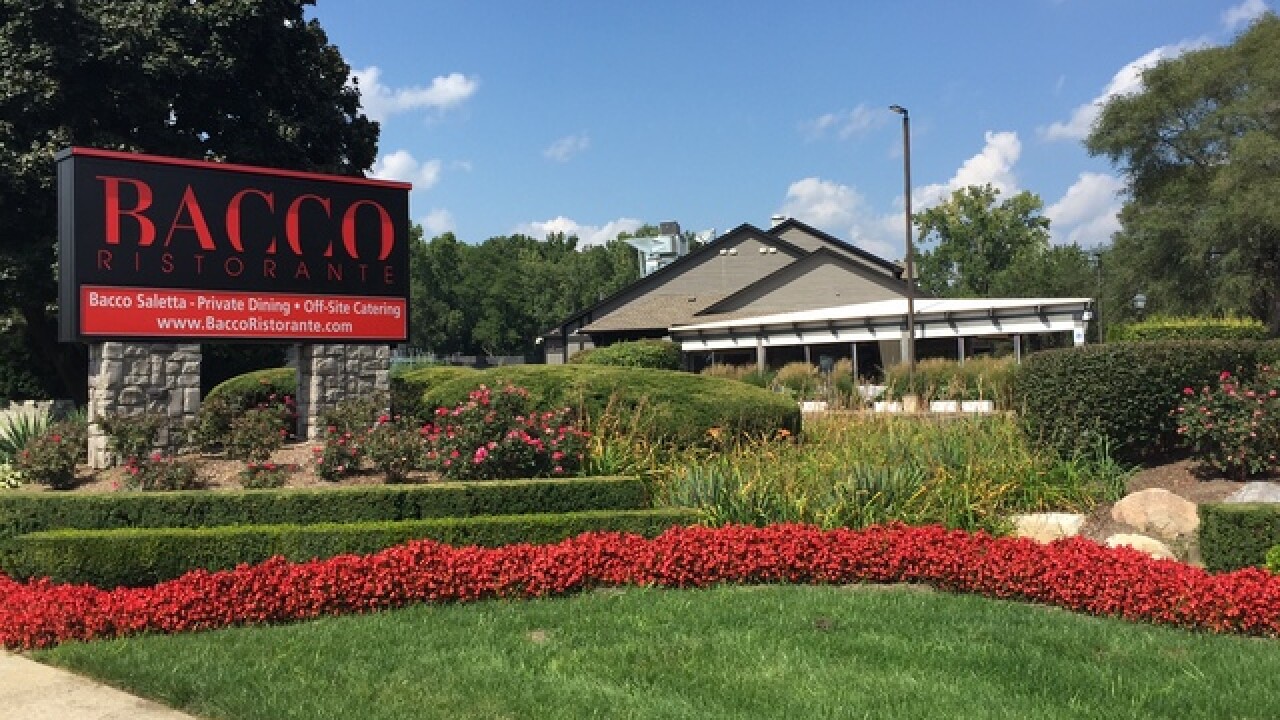 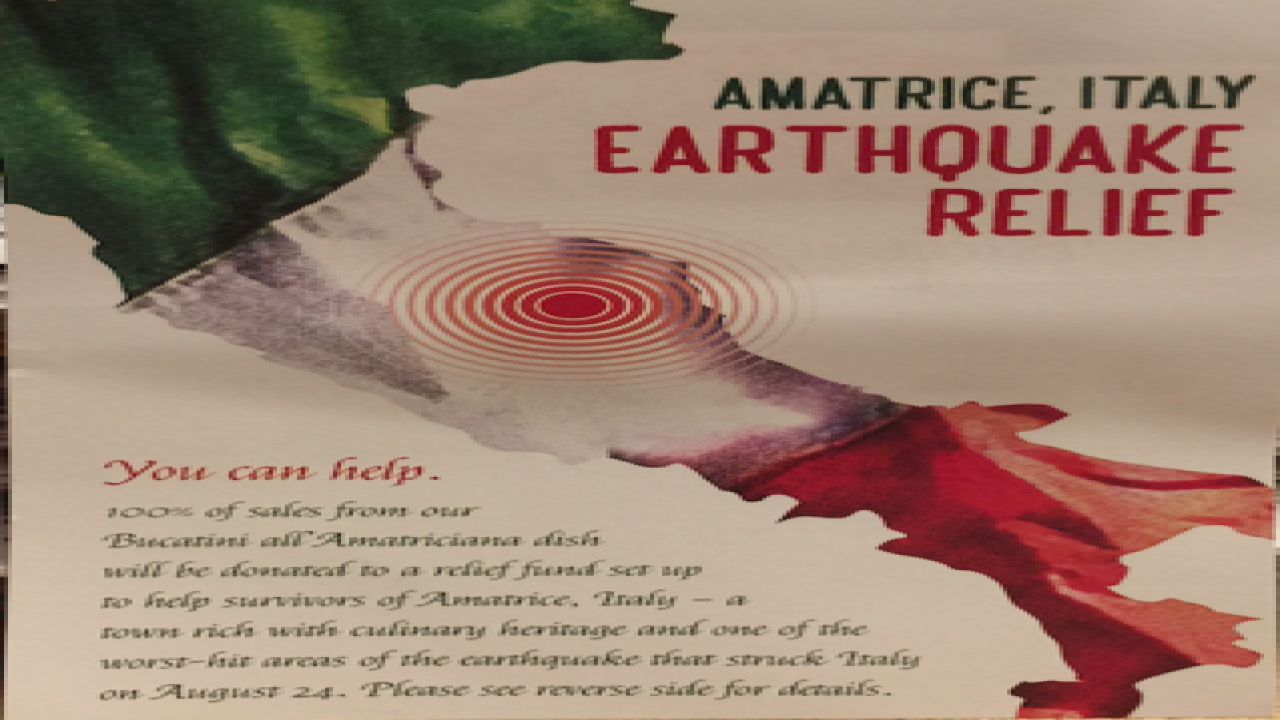 It's been nearly two weeks since the devastating earthquake in Central Italy that killed nearly 300 people.

Relief efforts are continuing in the small town of Amatrice and a top local restaurant owner and chef is bringing people together to help.

Luciano DelSignore, the owner of Bacco Ristorante in Southfield, has family ties to Italy, not far from the where the earthquake struck.

He decided to sell a pasta dish from the town, Bucatini all'Amatriciana, in his restaurant and he reached out to his many friends, asking them to do the same. More than 40 restaurants in all are joining with him.

"Everybody in town that's anybody that's a restaurateur signed up," DelSignore told 7 Action News. "They all agreed to make it, maybe their version of it, and sell it for $15 for the entire month of September and donate 100 percent of the proceeds."

Nearly 300 people died in the earthquake that ravaged the town. His goal for this local effort is to raise $100,000 for the people of Amatrice.

"Those families really wind up with nothing in this when their houses crumble and fall down to the ground," said DelSignore. "It's not like an insurance company shows up and writes them a check and they build a brand new house or a brand new town. They really, really have nothing."

For those who may not visit the restaurants, DelSignore has also created a GoFundMe account to aid their relief effort.