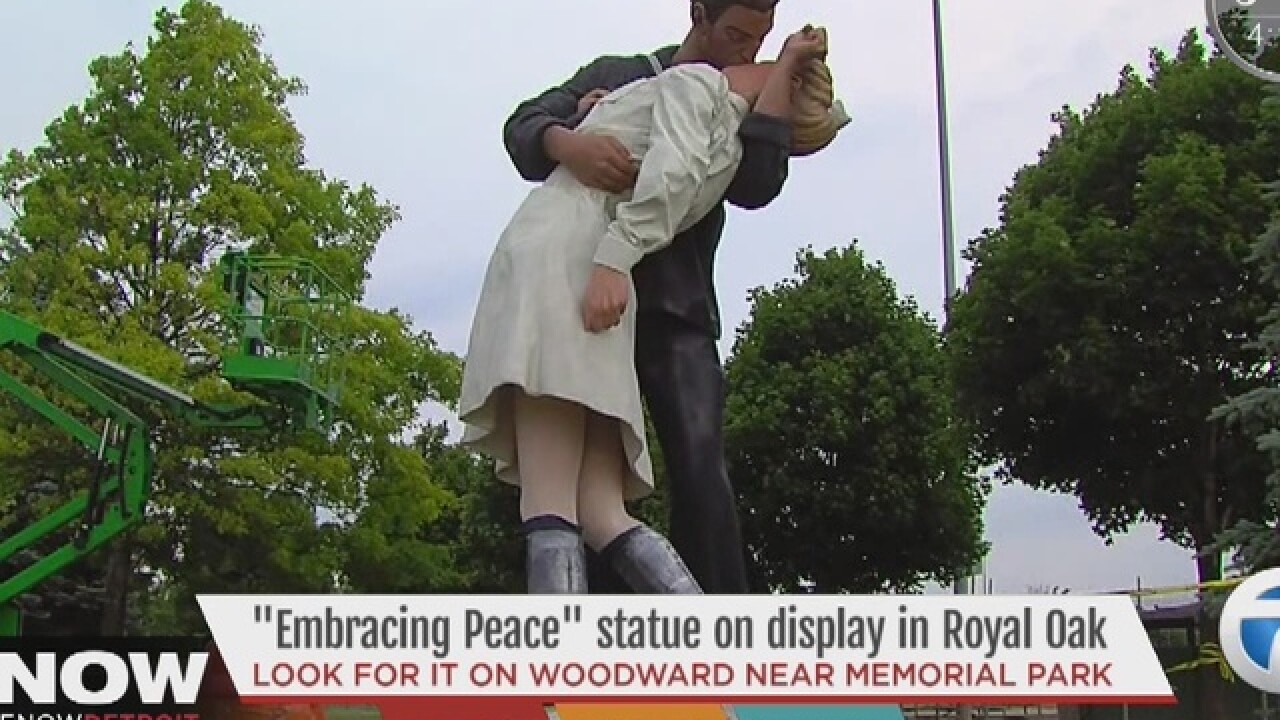 You may remember a famous photo of a sailor kissing nurse the day World War II ended. Now you can get an up close, larger than life version of it in Royal Oak.

It is on Woodward Avenue near 13 Mile. The statue stands 25-feet tall and it's meant to draw attention.

Take the photo and turn it into a statue and you get a statue called Embracing Peace.

There are only four of these statues in the world.

The famous photo of the sailor kissing a nurse in New York's Times Square has been seen by millions over the years.

The black and white photo was originally published in Life Magazine.

"The triumph and exuberation of everybody is evidence in this statue."

The bronze statue will be on loan to Royal Oak in hopes of raising money for a permanent Michigan World War II Legacy Memorial.

Their goal is to raise $3 million.

"Come take your picture with it, donate to the cause, let's help get this built for our World War II veterans."

It will be at the location for six months.