Suspected home invader wakes Troy woman by touching her leg, runs off when she screams 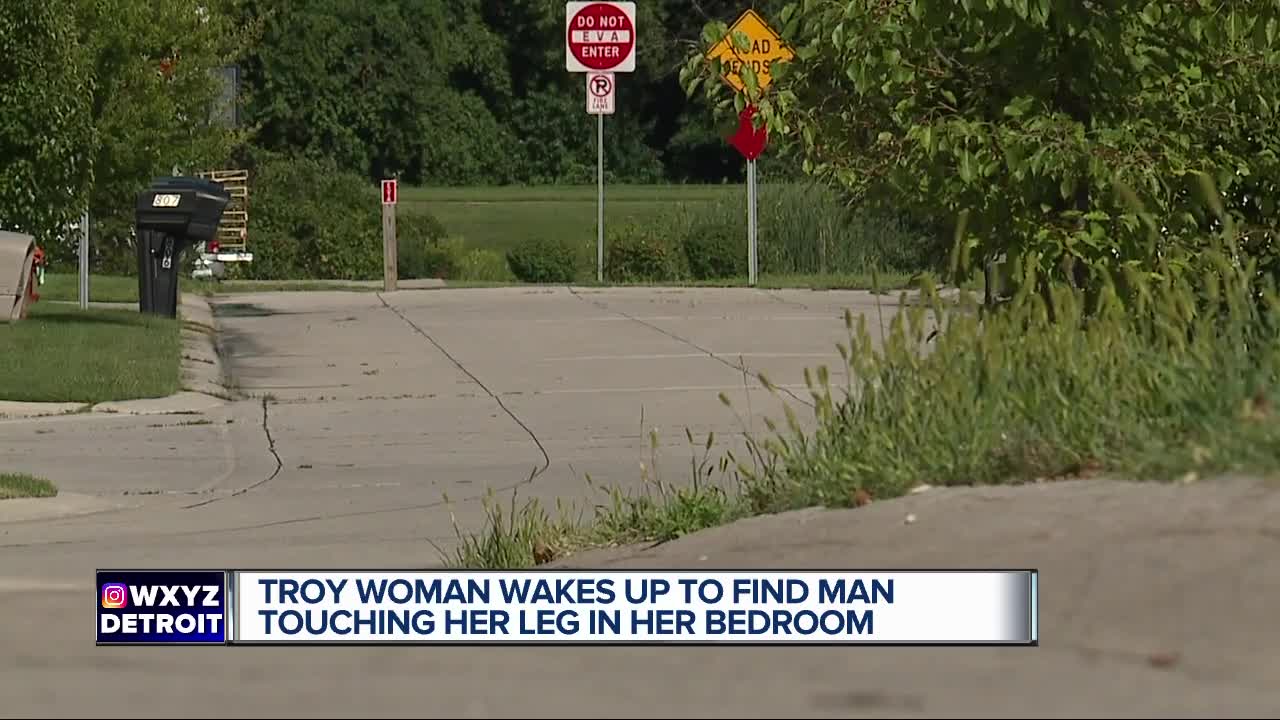 Troy police are investigating a home invasion where the suspect allegedly ran off after touching a woman who was in her bed.

TROY, Mich. (WXYZ) — Troy police are investigating a home invasion where the suspect allegedly ran off after touching a woman who was in her bed.

It happened around 2:00 a.m. Monday at a home in the 700 block of Amberwood. That's near Rochester Road and South Boulevard.

The woman told police she felt someone touching her leg. She then screamed and saw a man run out of the room. He is described as an 18 to 25-year-old white man, with a thin build, wearing a white shirt.

Police believe he got in and out of the house through a basement door. Police say nothing was taken from the home. They also say multiple members of the family were home at the time of the incident.

Officer brought in a K-9 unit to track the man. He is believed to have run through neighboring yards. Residents in the area are being asked to check their surveillance cameras.

Police say they do not know yet if the suspect targeted the home, or if he entered it in error.