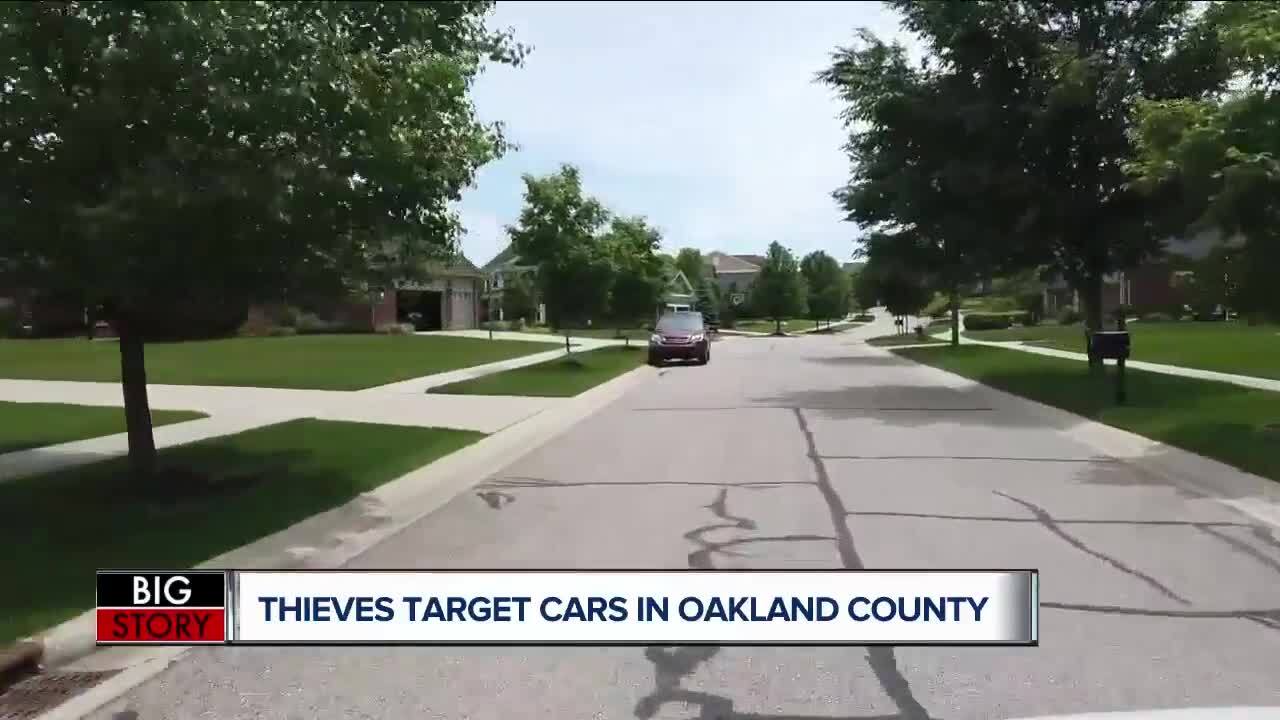 (WXYZ) — A worker at Orchard Fitness on Orchard Lake Road near Maple pulled in the parking lot and saw something shocking. Police cars had surrounded her mom’s car.

“I thought my mom was getting arrested, or something was going on that I didn’t know about,” said Nicole Epshteyn.

She said it didn’t make sense.

“So I text her- what is happening? She sends me a picture of the glass,” said Epshteyn.

Turns out some men had tried to break into her mom’s car to steal her purse.

The men had no idea that police were watching the entire time.

“We did several days of surveillance and were able to watch these individuals break into a car and take them into custody,” said Dep. Chief Curt Lawson, of the West Bloomfield Township Police Department.

Lawson says the incidents started happening back in April. West Bloomfield Township Police say they identified two men they believe broke into numerous cars in parking lots of gyms, golf courses, and walking trails in Novi, Farmington Hills, Commerce, and West Bloomfield Township. For two days they watched them, waiting for them to target another victim.

“What we see often is people leave their cars unlocked or they leave valuables in plain view and that is just an easy target for the criminals,” said Lawson.

Keep that in mind, as the danger is not over.

A victim gave WXYZ surveillance video of another thief who the Oakland County Sheriff’s Office says broke into numerous cars in the Hills of Bogie Lake Subdivision in Commerce overnight Thursday into Friday.

Gavin Marino says the thief stole his mother’s purse from her car after he forgot to close the garage door.

“Obviously, that is not going to happen again,” said Marino.

If you recognize the person in surveillance video you are asked to contact CrimeStoppers at 1-800-SPEAK-UP. All calls are anonymous and there is reward.