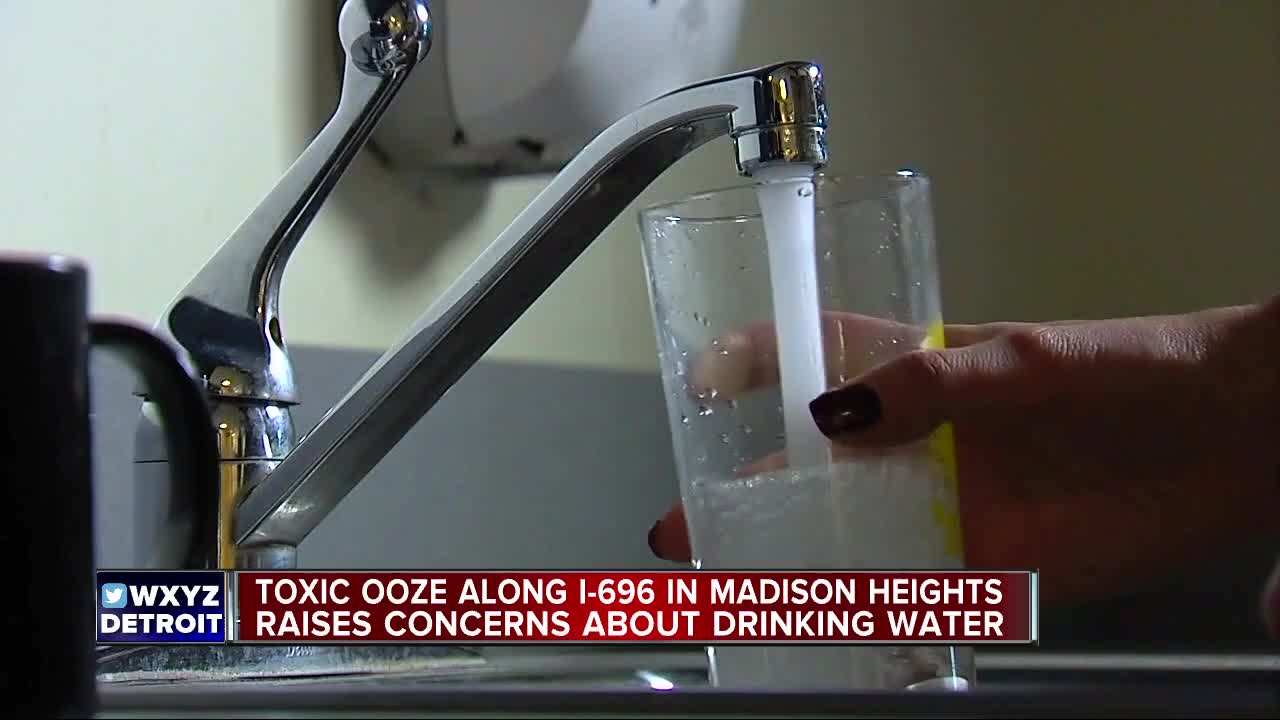 There a growing concerns about the ooze spilling out on I-696 in Madison Heights.

MADISON HEIGHTS, Mich. (WXYZ) — There a growing concerns about the ooze spilling out on I-696 in Madison Heights.

Folks in the area are worried about the chemical hexavalent chromium making its way to our drinking water.

State officials have not said there is an imminent threat to our water supply, but some experts say there could be issues down the road.

Dawn Rodriguez has lived in Madison Heights her whole life.

“It’s sickening. It really is. Wondering if it could get in the drinking water,” she says.

After finding out, the potential cancer-causing chemical hexavalent chromium is spilling out, Dawn wondered is our water safe?

She’s not alone, many folks wrote posts in Facebook on the Madison Heights Community page asking the same thing.

She is an environment engineer who worked for the EPA, writing and implementing regulations for drinking water.

“The contaminated ground water of today is going to be our drinking water in the future,” she says.

Elin says data from tap water tests in Madison Heights do detect levels of hexavalent chromium, but those tests were done five years ago.

While we wait for state and federal officials to conduct further testing, we asked is there anything we can do to protect our tap water.

We went to the Reynolds Water Conditioning Company and they say installing a reverse osmosis filter for drinking water gets rid of several contaminants like hexavalent chromium, lead and PFAS.

“In this case, reverse osmosis would be a great solution,” President Jamie Reynolds said. “Pushing water under pressure through the filters and membrane and in essence squeezing everything out of it.”

The downside? It can cost hundreds of dollars to install. The process also gets rid of minerals that are good for your body. And there is a lot of water wasted in the process.

Experts say the most important focus should be cleaning up the site and continue to test the water and soil.