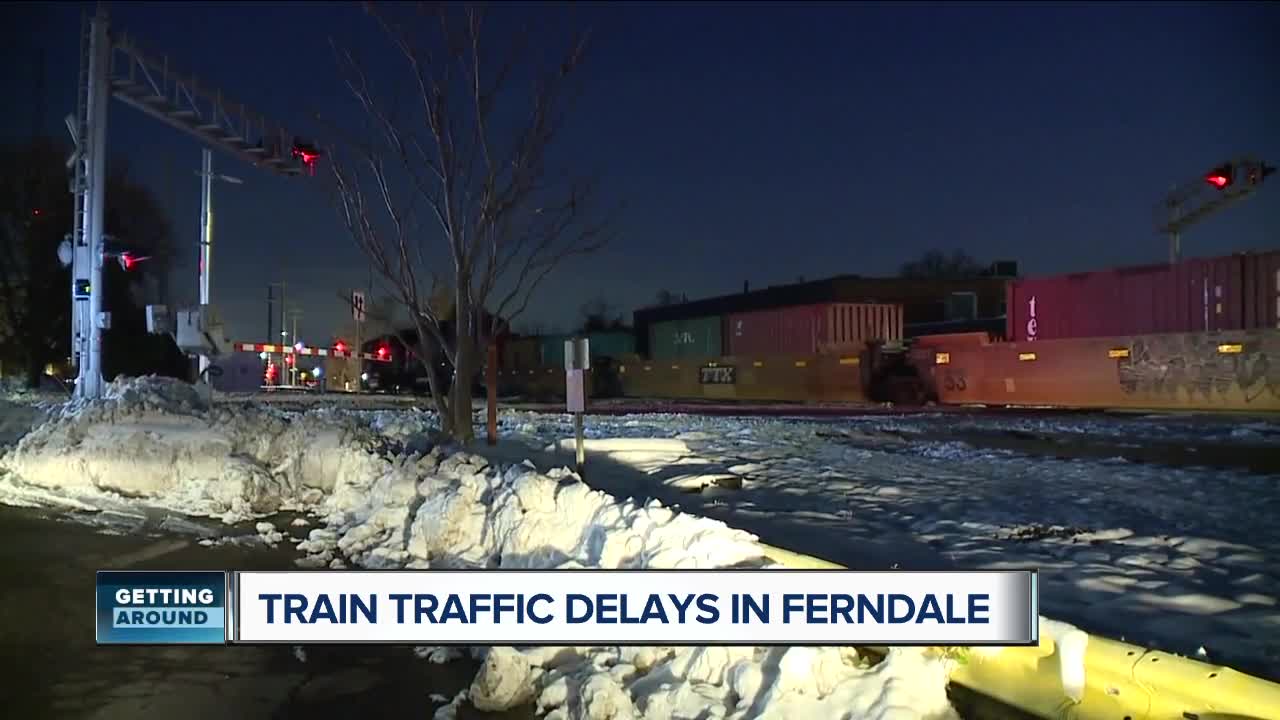 The signaling bell for a railroad crossing at 9 Mile near Hilton Road in Ferndale is enough to make some drivers just turn around. 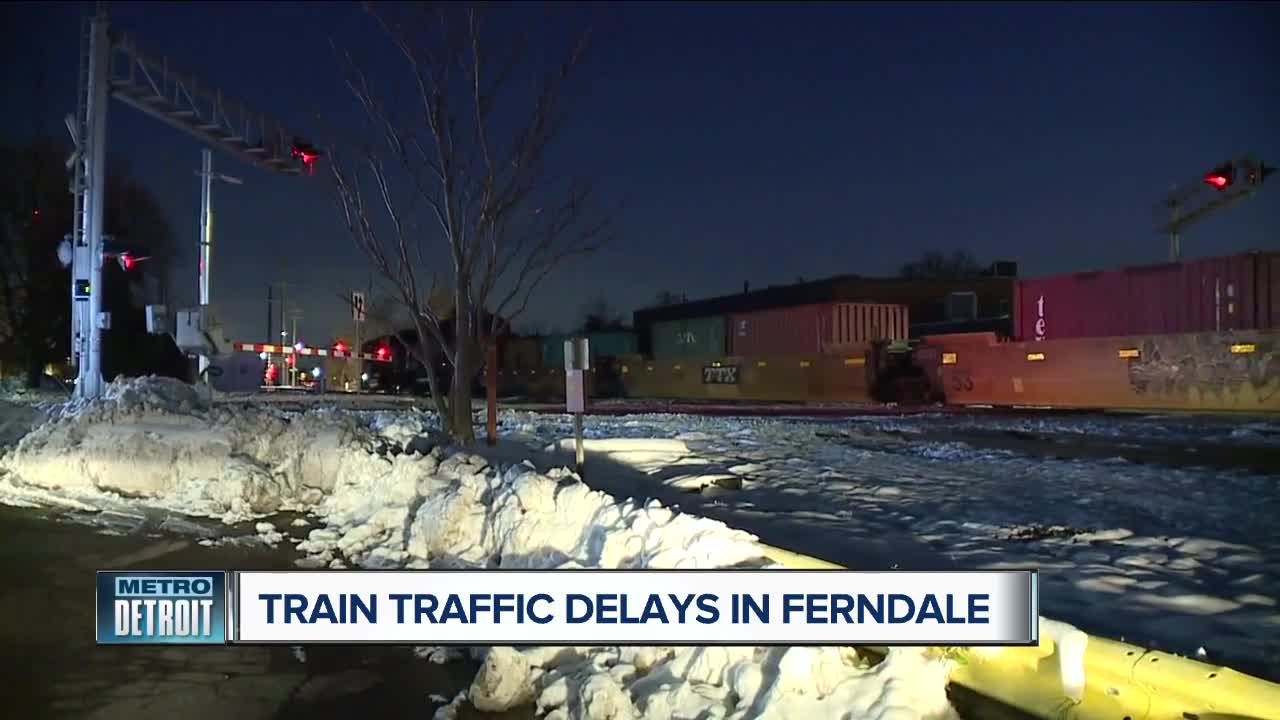 FERNDALE, Mich. (WXYZ-TV) — The signaling bell for a railroad crossing at 9 Mile near Hilton Road in Ferndale is enough to make some drivers just turn around.

“During busy hours they run the trains and they’re very long trains but also, they tend to stop," said one driver.

The Canadian National freight trains that pass by the area are known to stop for long periods of time, drivers told Action News; sometimes upwards of an hour.

“I’ll have to go back north again to get around it because in the morning rush hour it’s just stopped or barely moving," said driver Heather Wege, who said she's used to the train delays when dropping her daughter off at school.

"People will wait here for over an hour," another driver said.

Businesses in the strip mall on 9 Mile near Hilton knew exactly what we were talking about when we asked about "the trains."

TRAIN DELAYS: Have you been stuck on 9 Mile near Hilton in #Ferndale due to a train blocking the intersection? Residents are sounding off on social media about the increasingly long delays this train is causing. We’re getting answers tonight @wxyzdetroit @FerndaleMich pic.twitter.com/AsIE2fWdBK

“People are annoyed with it. It’s a pain in the butt for everybody," said Logan Bradley, who works at Ferndale Nutrition.

For about the last month we have been making improvements within our yard to address localized drainage issues. Unfortunately, the work has temporarily reduced our yard capacity leading to the abnormal train movements across 9 Mile and Hilton Road. The yard work should be completed in the upcoming days. CN would like to apologize for the inconvenience caused and appreciates the residents of Ferndale’s patience during the process.

Driver Josh Graff was one of the few people not overly concerned by the longer wait times.

"I like trains so I don’t mind watching it go by," he said. “I’ve been stuck behind it before but typically I avoid this intersection because of train.”