VIDEO: Out of control semi slams into Michigan State Police cruiser in accident that injured trooper 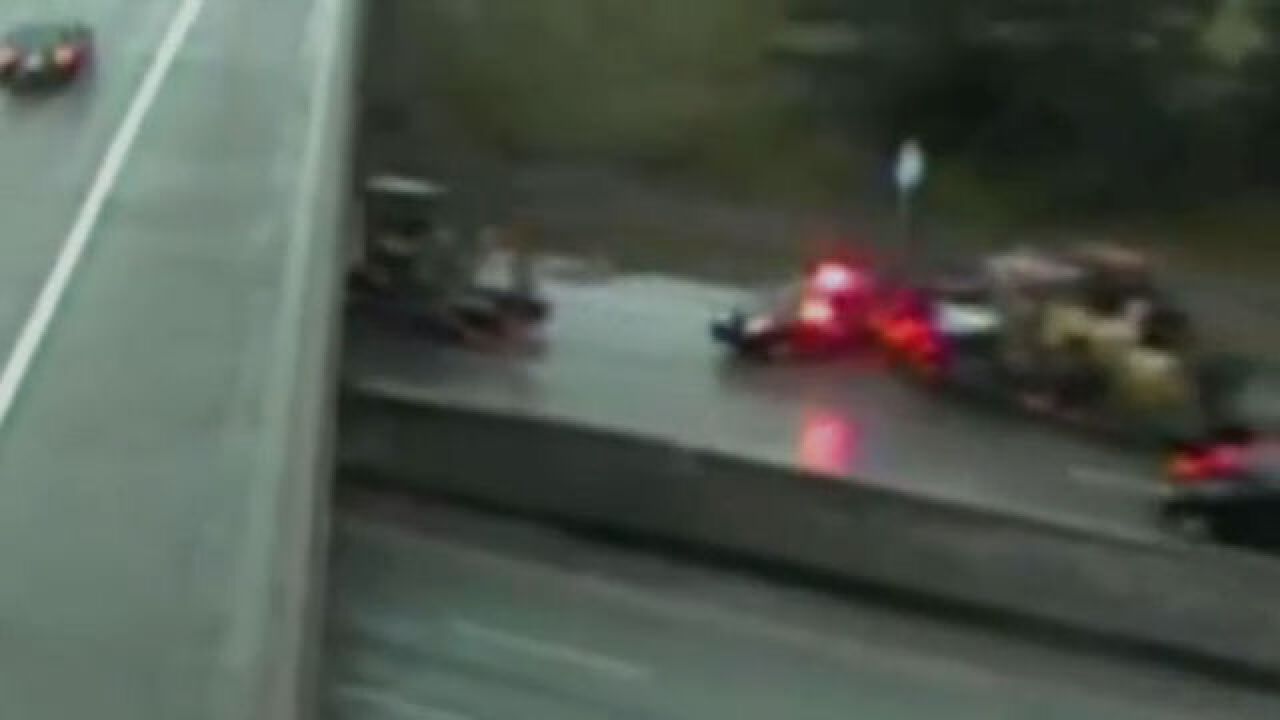 The accident happened on eastbound I-696 near the Lodge Freeway.

Video of the accident shows the trooper's SUV sitting on the right hand shoulder when it is rear-ended by a jackknifing semi hauling construction equipment. You can see on the video that semi has already lost control when it slams into the trooper's unit.

The force of the crash sent the trooper's SUV spinning along the freeway and through the nearby overpass, where it ended up on the other side, sitting on the left hand shoulder.

The trooper suffered broken ribs in the accident. He was released from the hospital Tuesday evening and is expected to be okay.

Officials say the driver of the semi failed to follow the MI Move Over Law and is facing charges in the crash.