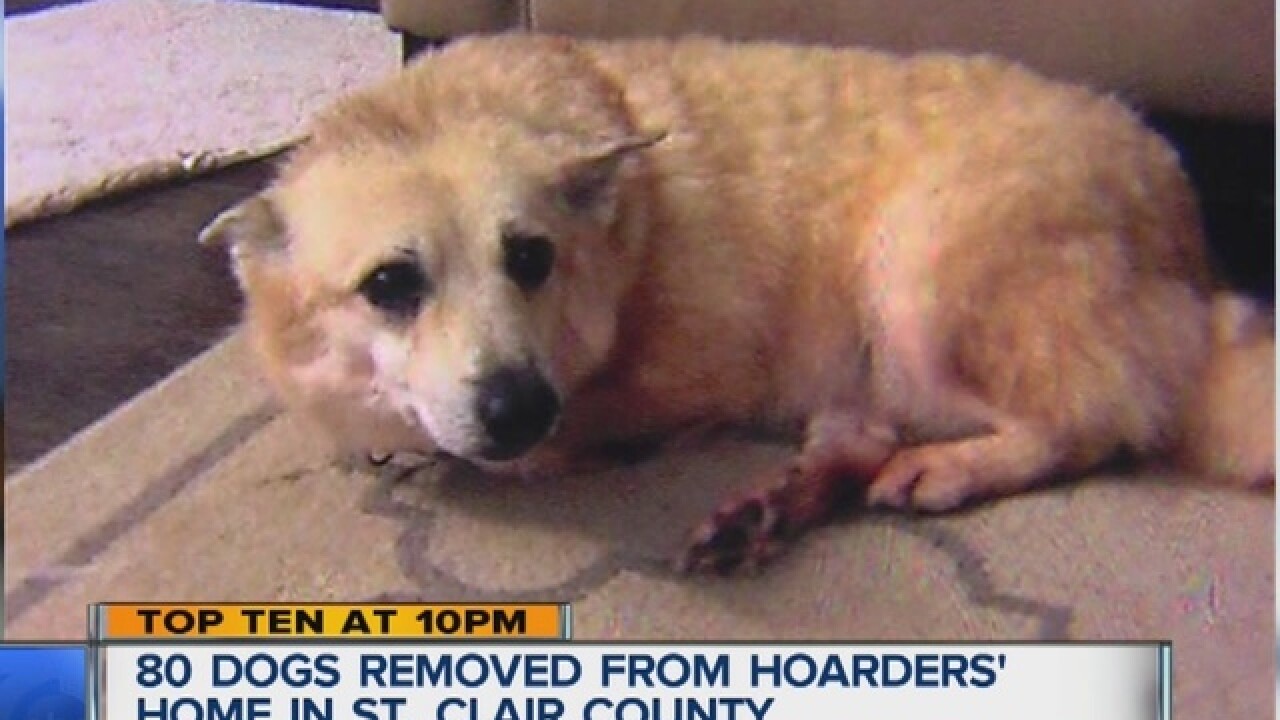 A Cottrellville Township couple have been charged in connection with a dog hoarding case where 102 animals were removed from their home.

Michael and Lynn Higgins were both charged with abandoning/cruelty to 10 or more animals in 72nd District Court in St. Clair County. The charge is a four year felony.

Both were given a $5,000 cash/surety bond. While out on bond, they are not to own or care for any animals. They must also not leave the state.

Before the arraignment, the Higgins signed over custody of the remaining animals, with the exception of a single cat. That cat will remain at St. Clair County Animal Control pending the outcome of the case.

It took officials two days to remove 99 dogs and 3 cars from the Higgins' home.

The Higgins are due back in court on July 6.