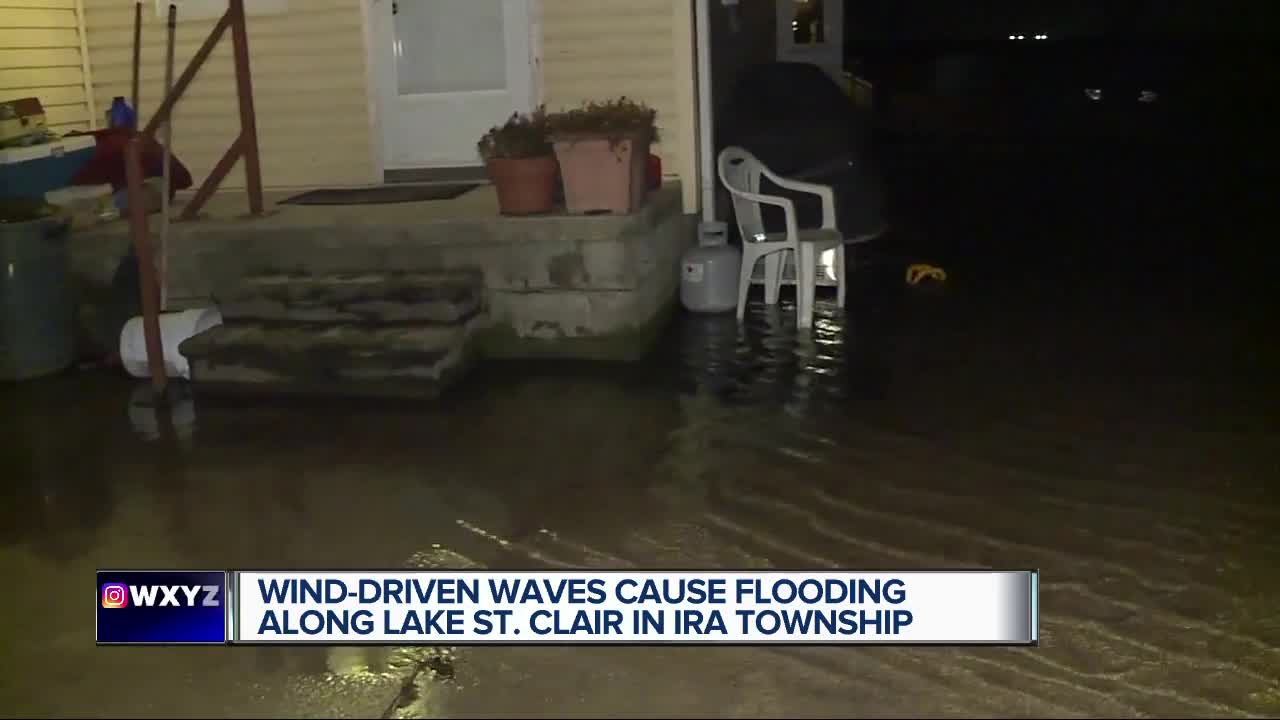 The changing weather dynamics are driving water over the edge and into driveways and garages of homes along Lake St. Clair. 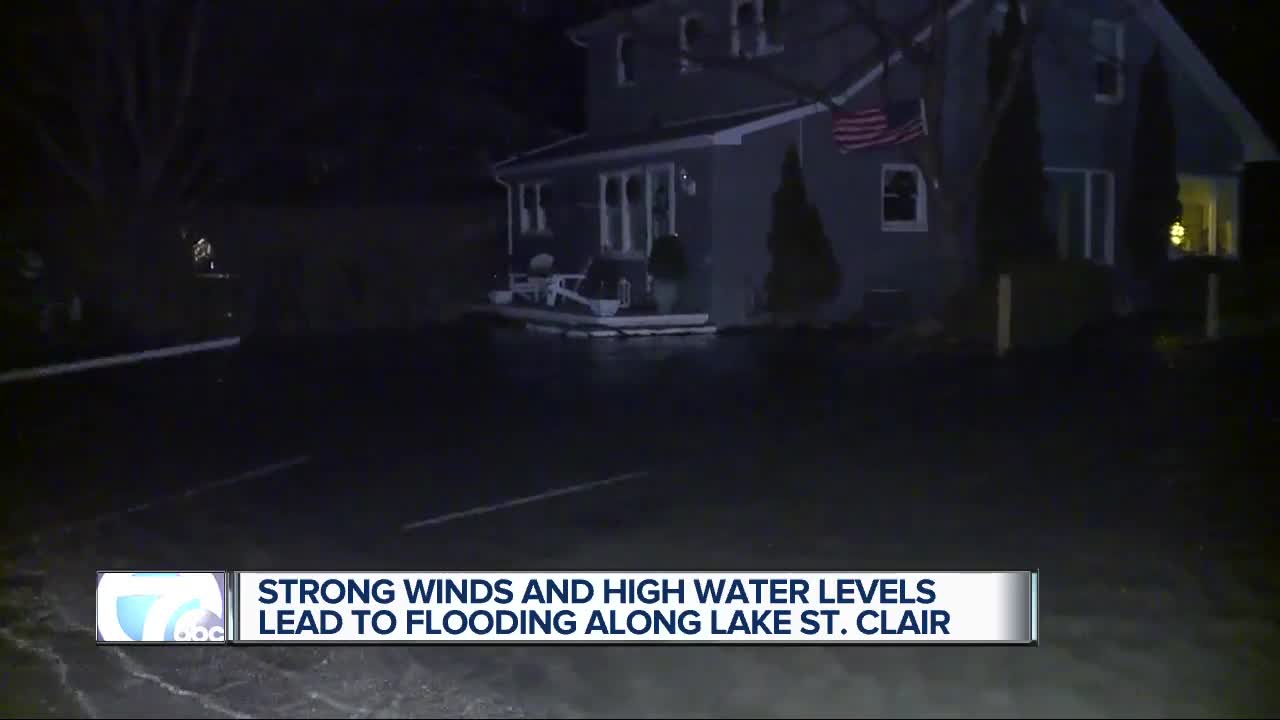 IRA TOWNSHIP, Mich. (WXYZ) — The changing weather dynamics are driving water over the edge and into driveways and garages of homes along Lake St. Clair.

Some residents tell us it hasn’t been this bad and quite some time.

For people who live on this section of Anchor Bay it comes with the territory.

There’s a bit of flooding from time to time, but the already high water mixed with a change in wind direction is making this time one of the worst of the year.

“it comes directly across the lake and it gets to build up momentum and build up waves and next thing you know, its pounding over our seawalls and blowing into the neighborhood,” says Ron Wood.

Wood is describing the ferocious wind that’s triggered flooding along a stretch of Anchor Bay.

“There’s 360 good days and 5 bad days usually around here right,” he says. “This is definitely one of the bad days.”

The waves are crashing over the seawall, causing problems for some.

“There’s been a lot of property damage. Some people have lots of damage in their garages. Some people, their floor joists and that have been damage or gotten water damage, various things in the yard have gotten thrown around or lost in the water, so there’s definitely been damage, no two ways about that,” says Wood.

The extent of the rising water, Wood says, has been rarely seen.

“Some of the people who have been here longer will tell ya it’s only happened a few times in their life,” Wood says. “We have pumps running. We have ways to try and deal with it, but it’s not easy when the wind is strong as it has and prolonged as it has, which is twelve hours now.”

Wood says that he and many of his neighbors banded together to build a stronger/higher seawall, but not everyone here has done so and that wall is only as strong as its weakest link. Some of the section of the seawall have failed here today.