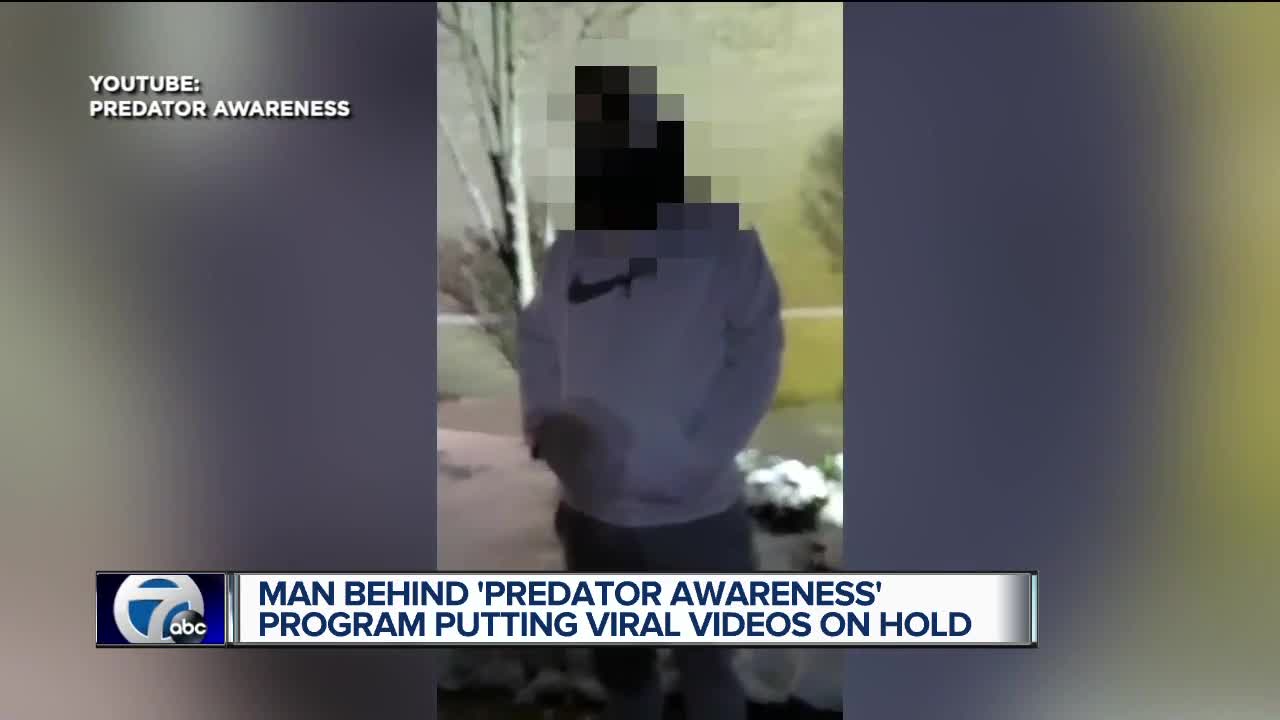 The mystery man behind Predator Awareness in Port Huron is hitting the pause button on his mission.

PORT HURON, Mich. (WXYZ) — The mystery man behind Predator Awareness in Port Huron is hitting the pause button on his mission.

He posted a new video of himself online with his face covered after meeting with police and the sheriff. His videos were getting thousands of views and shares online

In that new video he says, “These guys are all innocent until proven guilty. So, trying to hate them because they got caught doing something I understand where everybody’s coming from and it is completely wrong. I would have never started this if I had thought differently.”

He just started a week ago and posted three videos of guys he says he met online who thought they were going to meet a 15-year-old boy for sex. They are recorded on video and confronted. One ran off through a retail store.

St. Clair County Sheriff Tim Donnellon told us this week this is dangerous to everyone including innocent bystanders.

The Predator Awareness man says in the new video, “I’m not looking for a lynch mob. I’m not a vigilante. I’m no hero. We don’t need no copycats out here.”

But after posting that on YouTube and Facebook some of his fans said he shouldn’t stop, he shouldn’t bow to law enforcement.

His response, “So, blowing up the police department and the sheriff’s office telling them they’re not doing their job, we probably shouldn’t be doing that.”

He says he’s not taking down his postings, but he is moving in another direction.

What is it? Stay tuned.