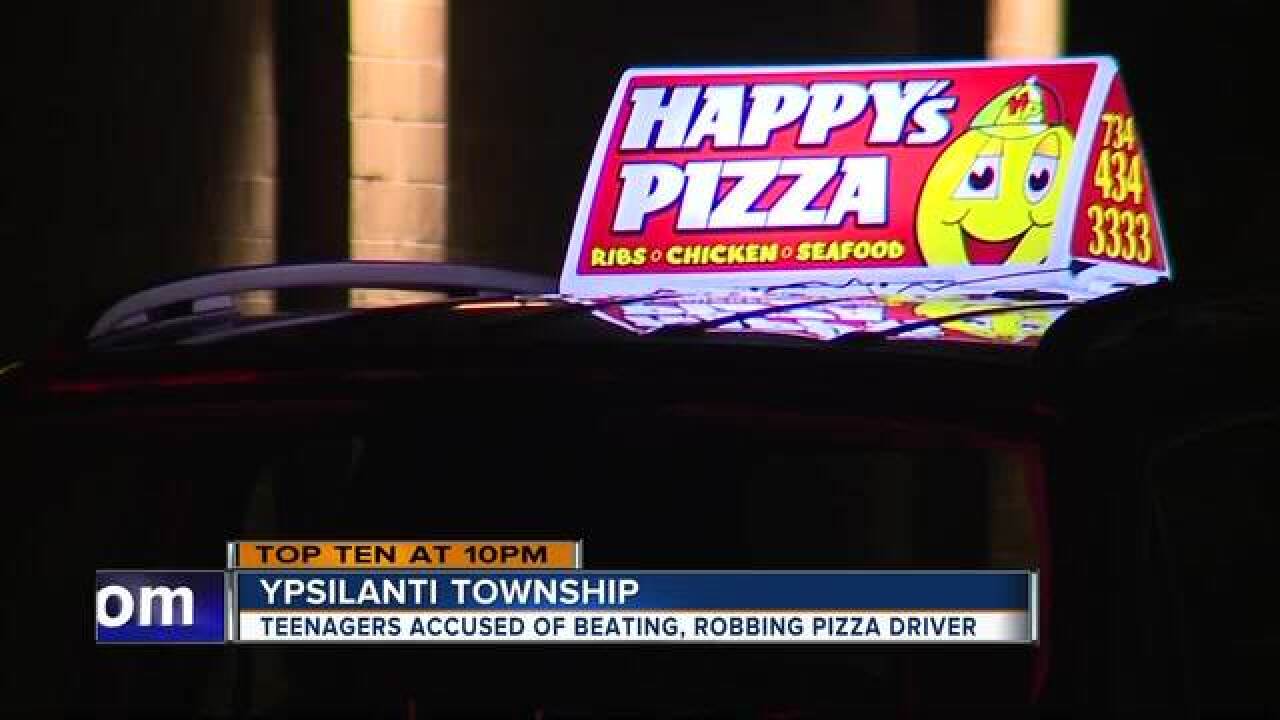 Two 14-year-old girls are accused of robbing and car-jacking a pizza delivery driver in Ypsilanti Township.

It happened on October 27 on the 900 block of Davis Street. Deputies from the Washtenaw County Sheriff’s Office responded to the call and originally only knew it was a carjacking and robbery.

They were surprised to learn who they were looking for in connection to the crime.

Investigators said the driver worked at Happy’s Pizza. The 45-year-old man suffered serious injuries and had to be hospitalized.

According to investigators the 14-year-old girls hit the man in the head and the face with a black metal object and then stole the man’s car.

"Deputies spotted that vehicle and attempted to pull it over.  A short pursuit followed, the girls actually jumped out of the vehicle fled on foot, but they were caught pretty quickly,” said Jackson.

Jackson said the pair is being held at a juvenile detention facility.

He said it will be up prosecutors and the courts as to what charges the girls will face, also if they will be charged as adults.

He said there are still a lot of unanswered questions.

"When there's two young ladies that do something like this, the first question I've gotten from several people who heard the story, 'what do you think was going on?  Why would someone do this', I have no idea, but it does raise the question,” said Jackson.

The pizza delivery driver is recovering and doing well, according to employees at the Happy’s Pizza off Michigan Ave. in Ypsilanti.