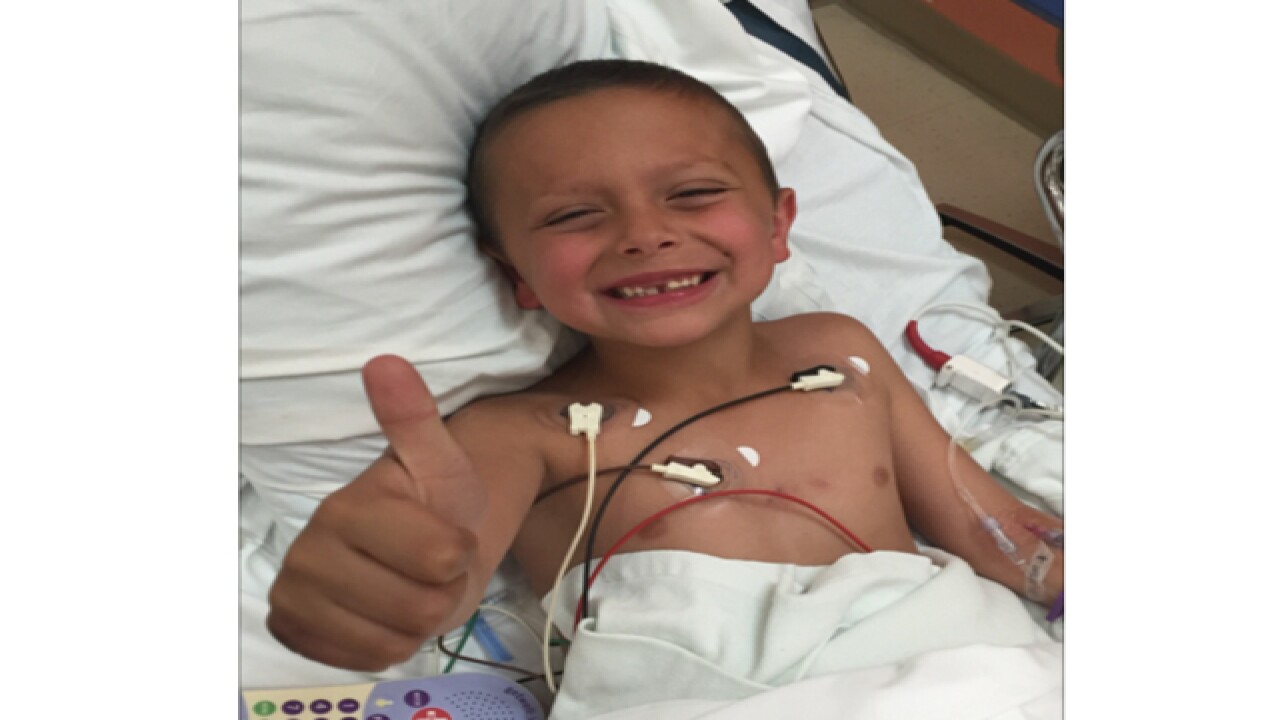 A little boy is recovering after suffering first, second, and third degree burns after something went terribly wrong when family and friends were shooting off fireworks.

It happened outside of a home in the 100 block of Ohio Ave. in Ypsilanti Township.

A group had gathered to celebrate the 4th of July, and, as they do every year, the celebration included fireworks.

Witnesses say around 9:45 p.m. one of the device had a defect.

“There was a loud sound and everyone started running and that’s pretty much what happened.  Everyone was pretty much running crazy. Everyone was going inside. They didn’t know what was happening,” said Joseph Steinke.

The fireworks were supposed to soar into the sky, but instead they went sideways, shooting in every direction.

A couple people had light burns, but a 6-year-old boy was badly injured, suffering burns to the chest and legs.

“As soon as I saw one shoot, I had a couple of kids who were sitting right there. I grabbed the two kids and we fell on the ground, because I got hit over there with one of them,” said Linda Steinke. “They were just shooting at us. Suddenly as we got up, we made sure that the little boy clothes are off, so that he is not continuously burning. We ran into the shower washed his clothes, scraped him. He was in shock. We tried to keep him calm. We let him know he I going to be okay.”

First responders arrived quickly and the boy was taken to U of M Hospital.

The hosts of the part say they always practice being safe every year and have never had an incident before.

Family members say the boy is recovering and in good spirits and they hope to have him home in a few days.