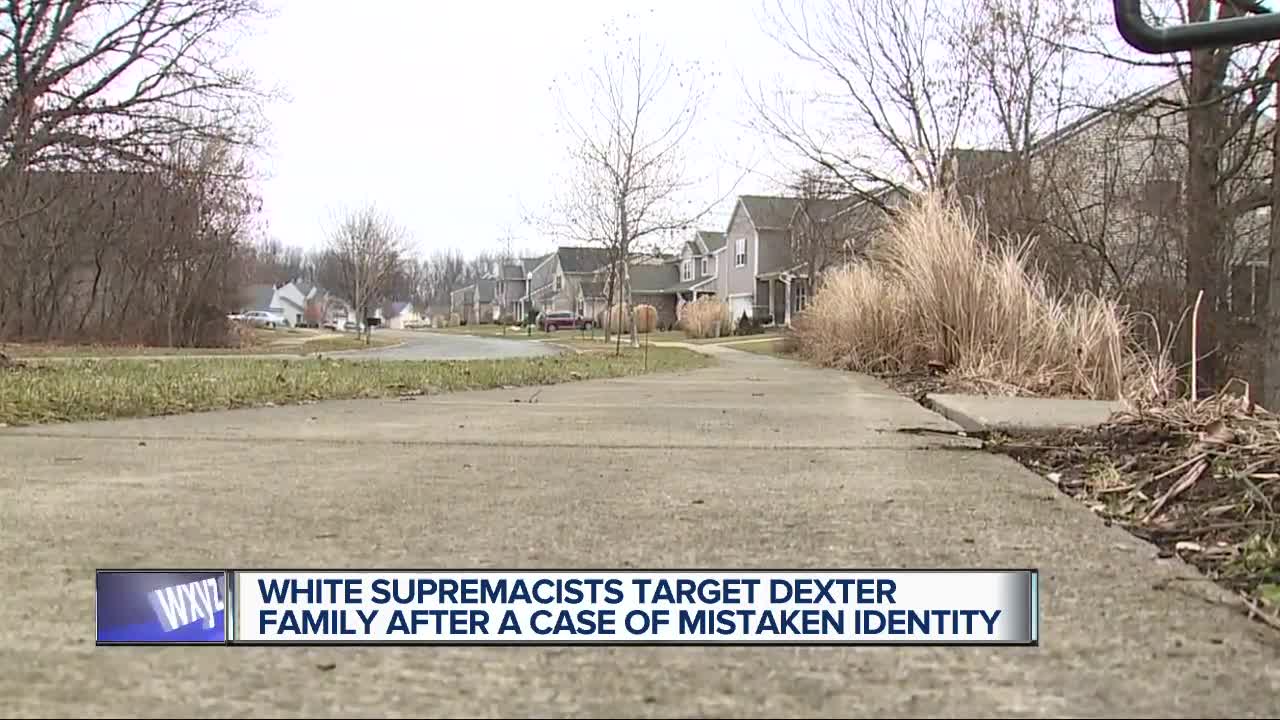 Dawn and Rich Shea moved to Dexter from Colorado in August, excited to raise their young children in a safe and quiet neighborhood. 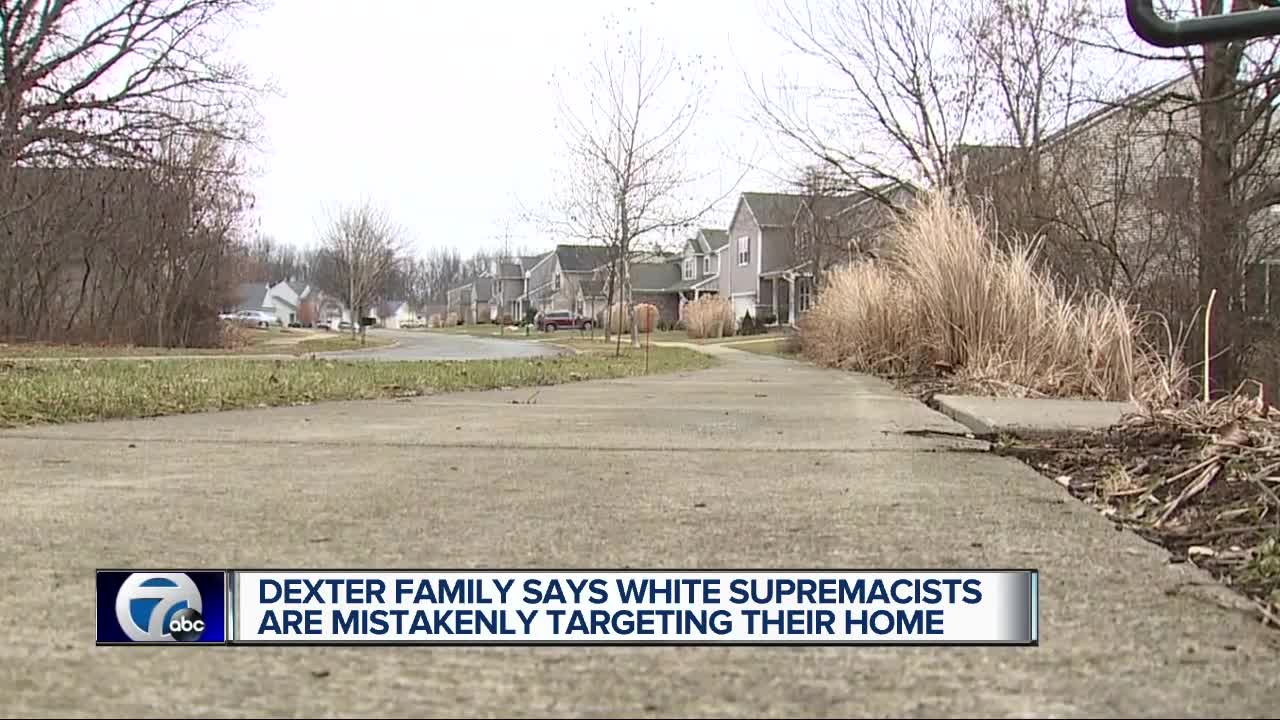 DEXTER, Mich. (WXYZ) — Dawn and Rich Shea moved to Dexter from Colorado in August, excited to raise their young children in a safe and quiet neighborhood.

Shortly after they moved in though, they received some unsettling news.

"We got a knock on the door, I think it was like September from a sheriff and an FBI agent, and they talked to us about this particular address had just been recently put up on one of the white supremacist sites," Rich Shea told 7 Action News.

They believe the intended target is the co-host of a podcast called "I Don't Speak German," which aims to debunk white supremacist conspiracies. His name is Daniel Harper, which also happens to be the name of the person who used to live at the Shea’s Dexter home; only he's a different Daniel Harper.

“Even if they don’t do anything to me or whoever they’re after, they’re trying to say we know where you live and don’t do things that make us unhappy. It’s classic intimidation technique," said Harper via phone.

His concern is not only for his safety, but for the safety of the Shea family.

The Sheas said they learned more about the concerns when a letter was sent to their home, intended for the home's previous owner. They turned the letter over to law enforcement. Dawn said she later learned it was threatening in nature.

"It mentioned something about like hail Manson and that's when the term Neo-Nazi was brought to my attention," Dawn said.

MISTAKEN IDENTITY: A family in #Dexter says they're being targeted by white supremacists, who appear to be after someone else altogether. They asked we not show their faces. MORE on @wxyzdetroit at 4 @WSheriff @WashtenawCounty pic.twitter.com/EWX2VzVmk1

She said seeing the group's website only added to her anxiety.

“The threatening nature of their website with Neo-Nazi flags to be honest put me at dis-ease," she said.

Despite no direct threats posted online, he said the groups need to be taken seriously. Both he and the Shea family are in contact with law enforcement.

In mid December, after bringing home their new baby from the hospital, Rich spotted men dressed in all black outside their home.

"He saw people photographing on the front porch and it was like 'oh yeah we know what this is," Dawn told 7 Action News.

“It definitely took away that sense of peace that you hope when you come home with a new kid."

Rich and Dawn took to social media to warn their neighborhood about what was happening, and said the community has been extremely supportive.

“It’s the wrong address, the wrong home," is what Rich wants the group to know.

The Sheas said they are continuing to be vigilant, but aren't changing their daily lives. They said there's been an increased law enforcement presence in their neighborhood after the incident in December.

Dawn said she just wants her family to be left alone.

“We may not be a part of your movement, but we mean you no harm," she said, reference the white supremacist group.