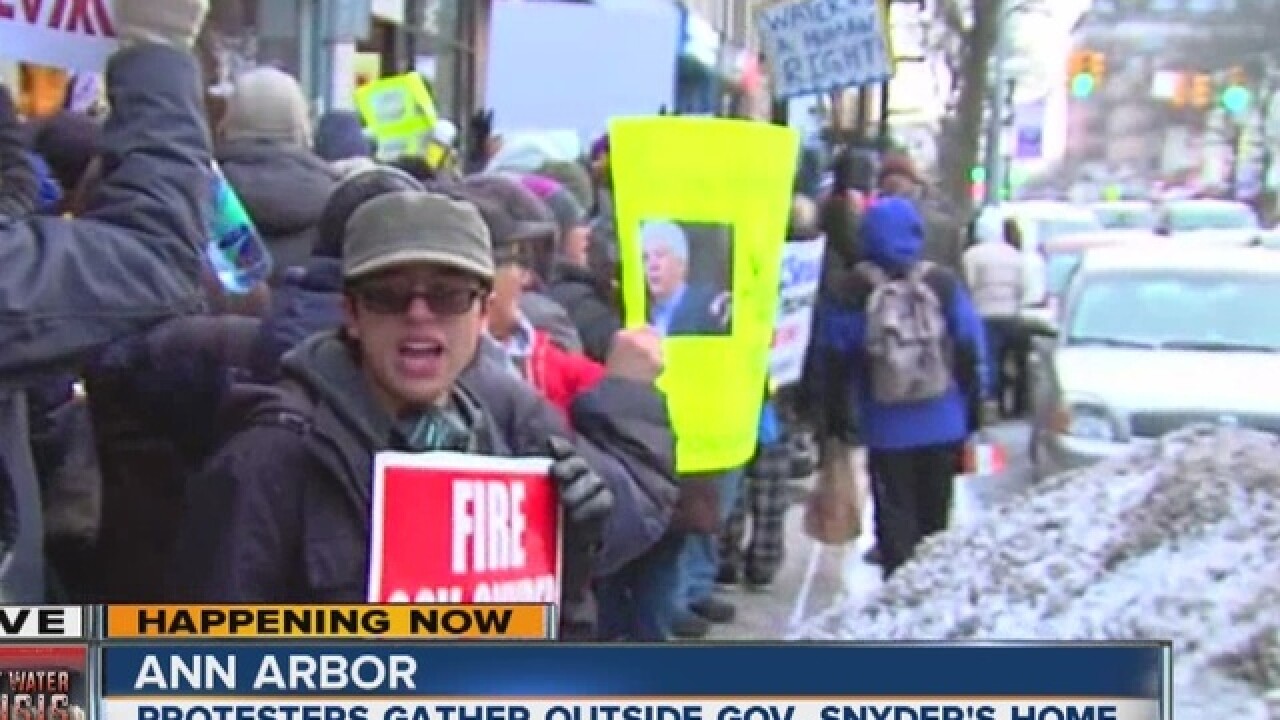 The protest, organized by the Washtenaw County chapter of Michigan Rising, brought people from across the state expressing anger at the governor for his role in the Flint water crisis.

"It just got to the point where we said enough is enough. Let's do something," organizer Colleen Crossey said.

Protesters contend Snyder knew about Flint's tainted water long before switching the city's water supply back to the Detroit system and long before he declared a state emergency January 5.

“He should have paid attention to the experts," Crossey said. "He should have switched it back over to Detroit water as soon as he knew about the contamination," she added.

Judy Bonnell-Wenzel braved the bitter cold because she says the biggest atrocity is that young children were exposed to lead.

"They're poisoned. And now, at the very best, they're going to go through very difficult times to try and get that lead out."

Protesters met at Rackham Auditorium at the University of Michigan and marched several blocks to Snyder's Main St. address.

Many of the protesters say they plan to protest in Lansing Tuesday, ahead of Snyder's State of the State address.