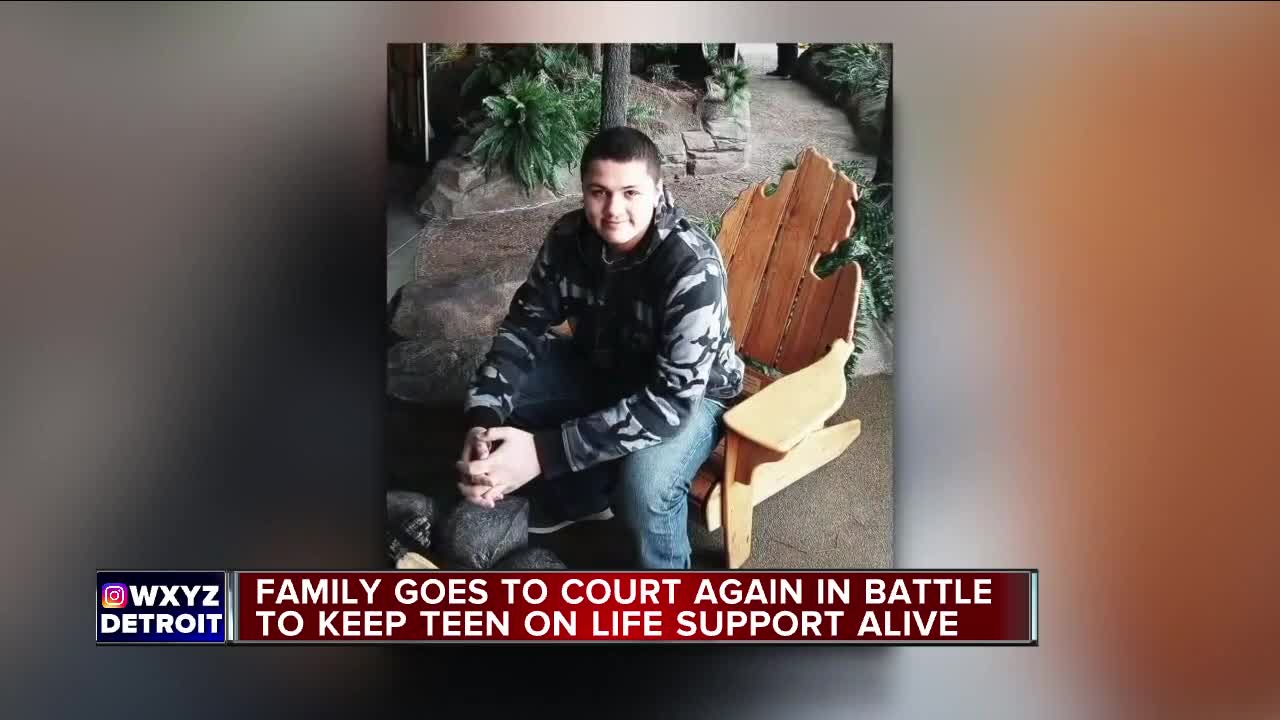 A metro Detroit family has gone to court again to get more time to try and save the life of a teen who has been declared brain dead.

Fourteen-year-old Bobby Reyes’ mom says if she didn’t do everything in her power to try to save him, she couldn’t live with herself.

“I want to fight for my son and people are rooting for him,” she said .

Her life changed before her eyes on September 21st. She and Bobby were at their home in Monroe County’s Ash Township. Then he had an asthma attack.

He had wheezing from asthma in the past, but never a truly scary attack. She told him to use his inhaler. It didn’t help.

By the time he was airlifted to the University of Michigan C.S. Mott Children’s Hospital in Ann Arbor, doctors said he was brain dead.

“My son is not brain dead. He is showing signs of improvement. I keep repeating it. They know it. They are scared my son is going to wake up and prove them liars,” said Sarah Jones.

Then, on Wednesday, it seemed she found a doctor who agreed with her. She says a doctor at a hospital in Arizona told her family and their attorney they would take Bobby, but an administrator at that hospital overruled the decision.

“We’re asking them why? What changed? They are not giving us an answer,” she said.

With a court order expiring that would force C.S. Mott Children’s Hospital to keep Bobby on life support until noon on Friday.

On Thursday Sarah made a desperate plea on social media. Soon protesters gathered outside the hospital.

On Friday morning her attorney, William Amadeo, went to the court and asked for more time. A judge gave the family until Tuesday.

Michigan Medicine says if another facility can help it will work to facilitate a transfer, but quote,”If extensive testing shows there is irreversible cessation of all brain functions, including the brain stem, continuing medical interventions is inappropriate and violates the professional standards of Michigan Medicine.”

Late Friday the hospital filed a response to the petition for more time.

“Tests performed on Bobby tragically show that he has no detectable brain activity. The initial brain death examination performed by the head of Pediatric Neurology at Mott on September 24,2019 found that Bobby had no detectable brain or brain stem function. An electrical encephalogram detected no electrical activity on Bobby’s brain. And a cerebral blood flow study detected no blood flow to Bobby’s brain. All of these tests have concluded that Bobby is brain dead,” the response reads.

“Bobby’s parents understandably do not want their worst fears confirmed, and on September 30, 2019, obtained a temporary restraining order from this Court preventing Mott from performing the second examination,” it continues.

The court is expected to make a decision on Tuesday.