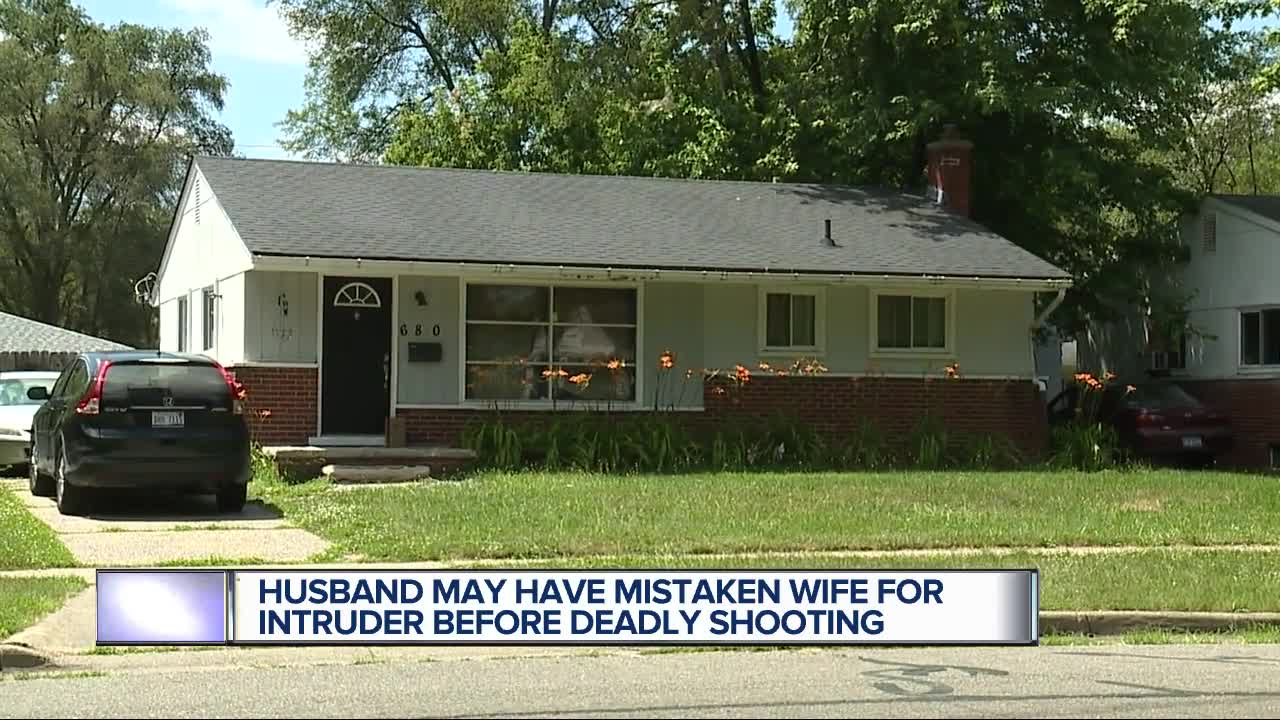 Investigators told Action News a 30-year-old man mistook his 31-year-old wife for an intruder and shot her.

It happened Thursday morning around 2:30 inside the couple's shared home on Desoto Avenue off the I-94 Service Drive.

The couple's two young children, ages two and four, were inside the home at the time according to police.

According to investigators, the couple suspected an attempted home invasion earlier in the day.

“So he’s a little bit on edge, goes to sleep, thinks his wife is next to him. When wakes up again, sees what he thinks is someone who is in his home, grabs his weapon and pulls the trigger," said Derrick Jackson with the Washtenaw County Sheriff's Office.

.@WSheriff says this appears to be a tragic accident. A man reportedly shot & killed his wife, mistaking her for an intruder @wxyzdetroit ⬇️ pic.twitter.com/NWwGc4XLcs

According to Jackson, the couple's 4-year-old first spoke to a 911 operator, explaining their mother couldn't breath. Then the husband took the phone, indicating he had shot his wife in the chest.

The 31-year-old woman died from her injuries.

Sheriff's deputies believe this was a tragic accident, one that's shaken the small neighborhood where it happened.

“I was so shocked," said Alexandria Fullbright, who lives down the the street. “There was police cars all down the street, there’s tape, detectives.”

The man was taken into custody following the shooting. Jackson said he was released Friday afternoon. At this time no charges have been filed.

The Washtenaw County Prosecutor's Office sent the report back to the Sheriff's Office to get more information on the case.