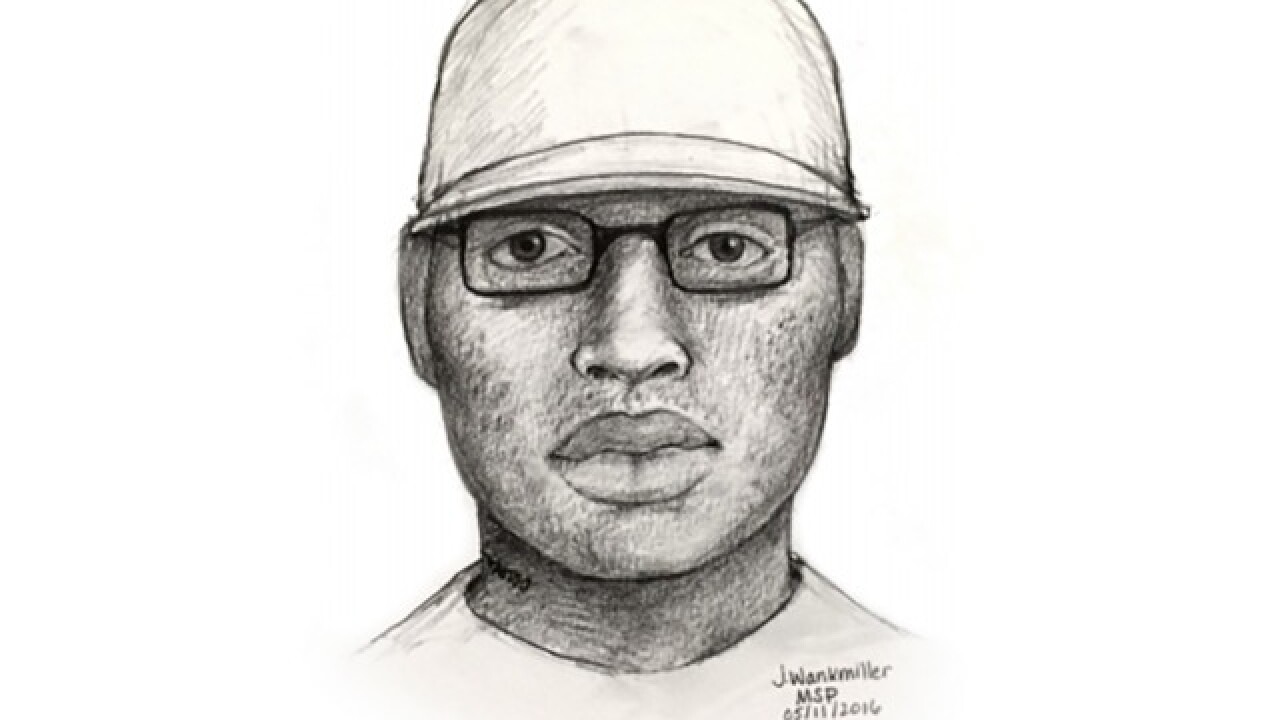 Pittsfield Township police have released a sketch of a suspect in the sexual assault and armed robbery of a woman earlier this week.

When the woman opened the door, the suspect forced his way in the apartment and made the woman give him money. Then, he forced the woman to walk to the bedroom where he sexually assaulted her.

The suspect is described as a black male in his late 20s or early 30s. He is between 6-feet and 6-feet-6-inches tall with a medium build and dark complexion. He had large lips, wore black frame glasses and had a tattoo on the right side of his neck of a word or words. A sketch of the suspect is above.