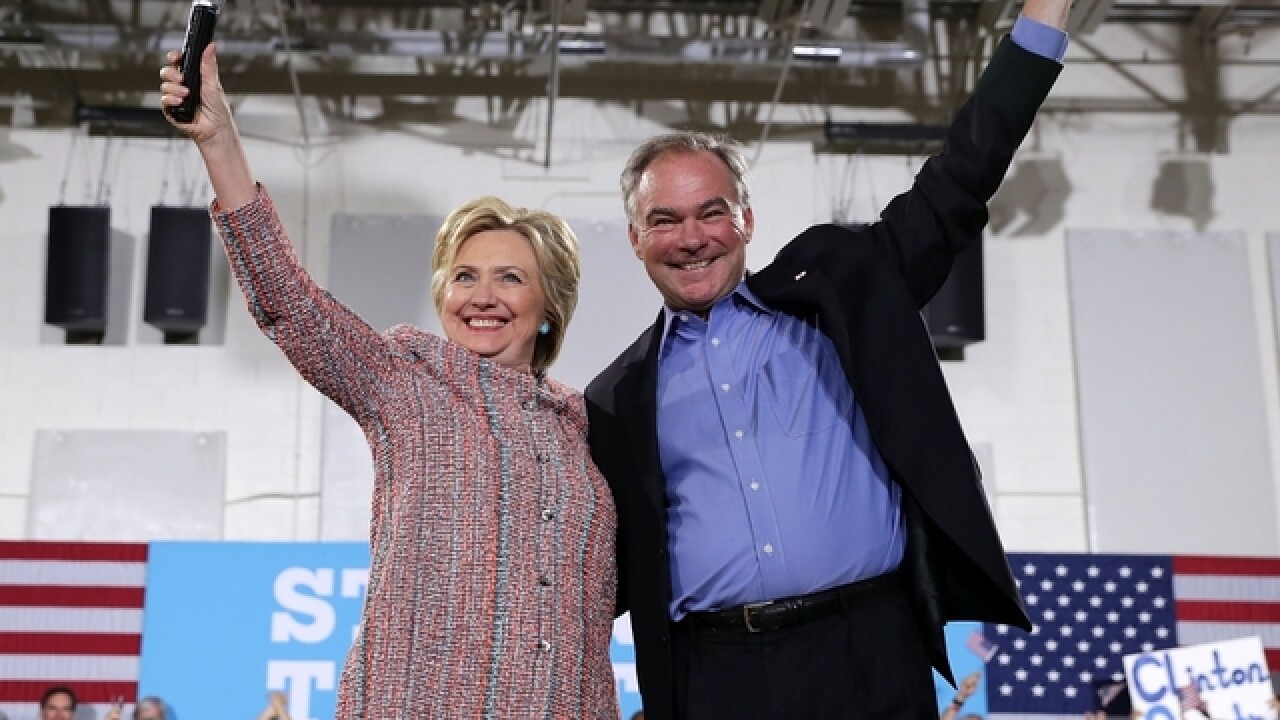 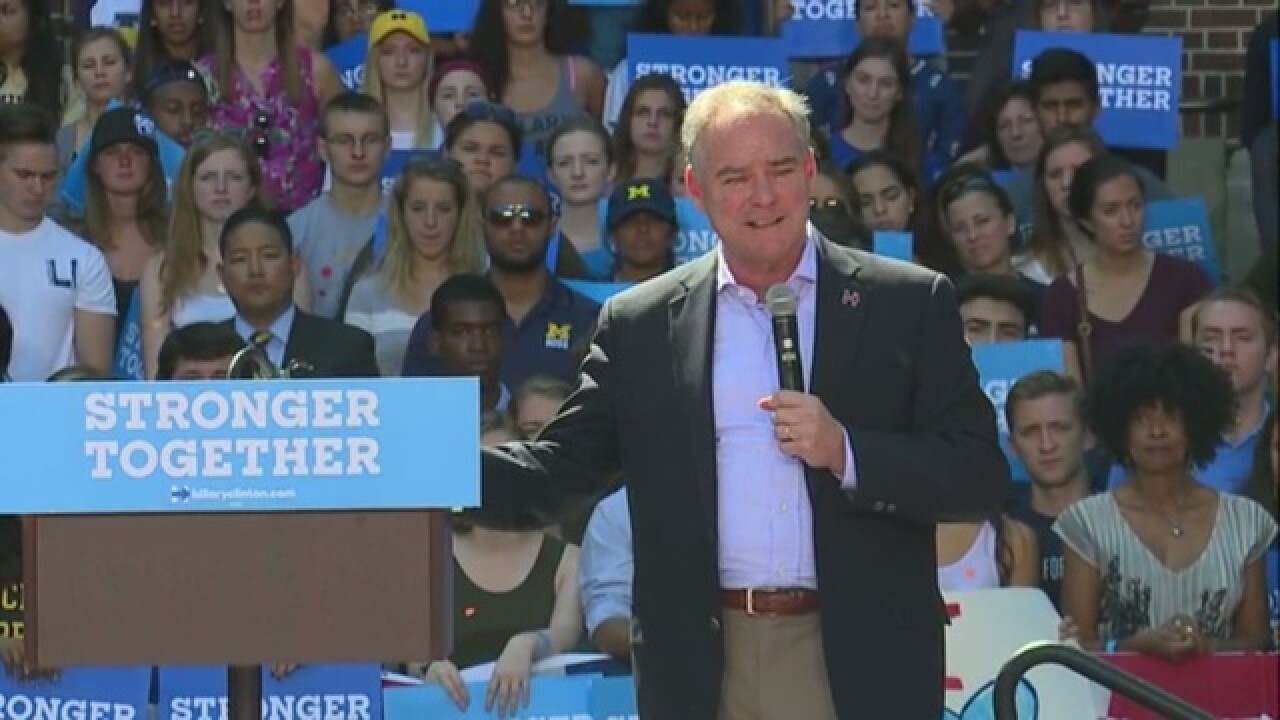 Democratic vice presidential candidate Tim Kaine campaigned Tuesday at the University of Michigan as part of a party rally.

The Virginia senator promoted Clinton's plans related to college debt. She has proposed that students from families making less than $125,000 annually be able to attend a public college or university in their home state without paying tuition, and that all community colleges be tuition-free.