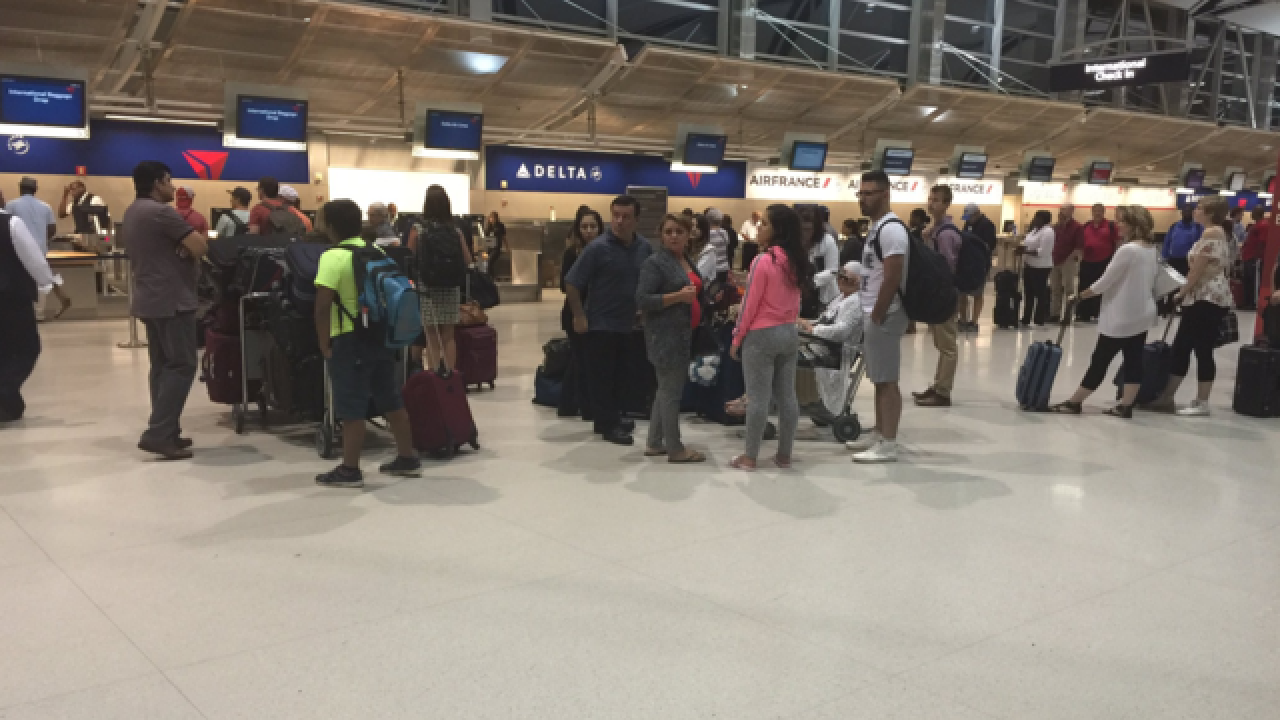 Here's some good news for weary travelers: There are much worse places to be stranded than inside Delta's McNamara Terminal at Detroit Metro Airport. DTW is actually a great place to pass some time. We came up with a few ideas for flyers stuck here during the massive Delta Air Lines computer outage.

1.) Find yourself a coney dog
The coney dog is the unofficial official food of Detroit. It's a hot dog with chili, mustard and onions on it. But it's so much more. There is a National Coney Island restaurant located near Gate A46 and an express location near A24.

A photo posted by Droolius.com Food Blog (@droolius) on

2.) Ride back and forth on the airport tram
Is that a monorail? Not exactly. The trams that operate high above the McNamara Terminal are actually floating above a half inch of air. They're pulled by a wire and can move as fast as 30 miles per hour.

A photo posted by Amy (@whole_happy_amy) on

3) Pretend you're an Olympic gymnast
Maybe don't take this one too far. The guy in this video is a cheerleader. It looks like he had some fun at Metro Airport.

When you have a 3 hour layover and you're a tumbler!

A video posted by Jay Jay the Jet Plane? (@jayhollman) on

5.) Chill out in the spaced-out underground tunnel
We've never actually figured out what's going on in the tunnel that connects Concourse A with Concourses B and C. It's a light show that's set to music. And it's extremely calming. Or is it?

A video posted by Ruby Yan (@super_ruby) on

6.) Eat at one of Michigan's two Chick-fil-A restaurants
If you're not from here, you may think, "What's the big deal about Chick-fil-a?" Well, for whatever reason, Detroit's airport has one of only two Chick-fil-As in the state. It's located near Gate A72.

A photo posted by D Christy Ryan (@deborah.christina) on

7.) Be mesmerized by that wild fountain
It's pretty much the coolest fountain ever. Sometimes it seems like someone's spitting small amounts of water into the air.

Whatever you end up doing to occupy your time, we wish you safe travels today. Have fun while you're here!