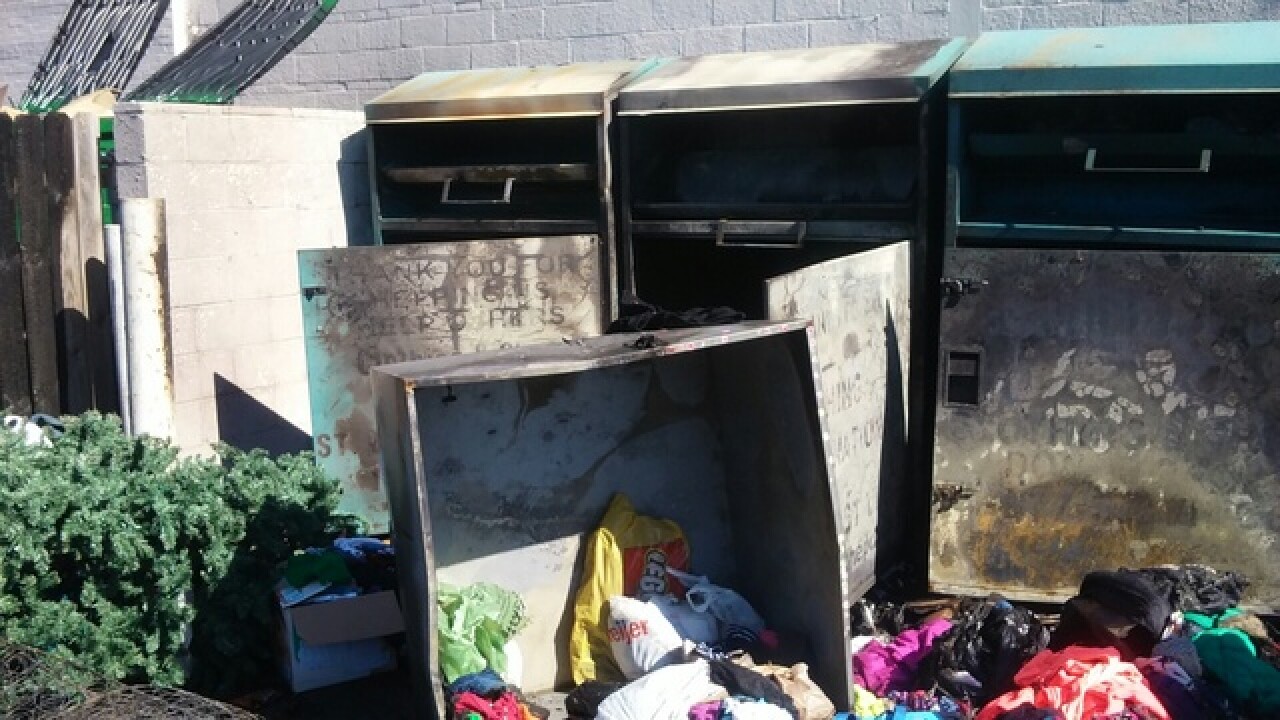 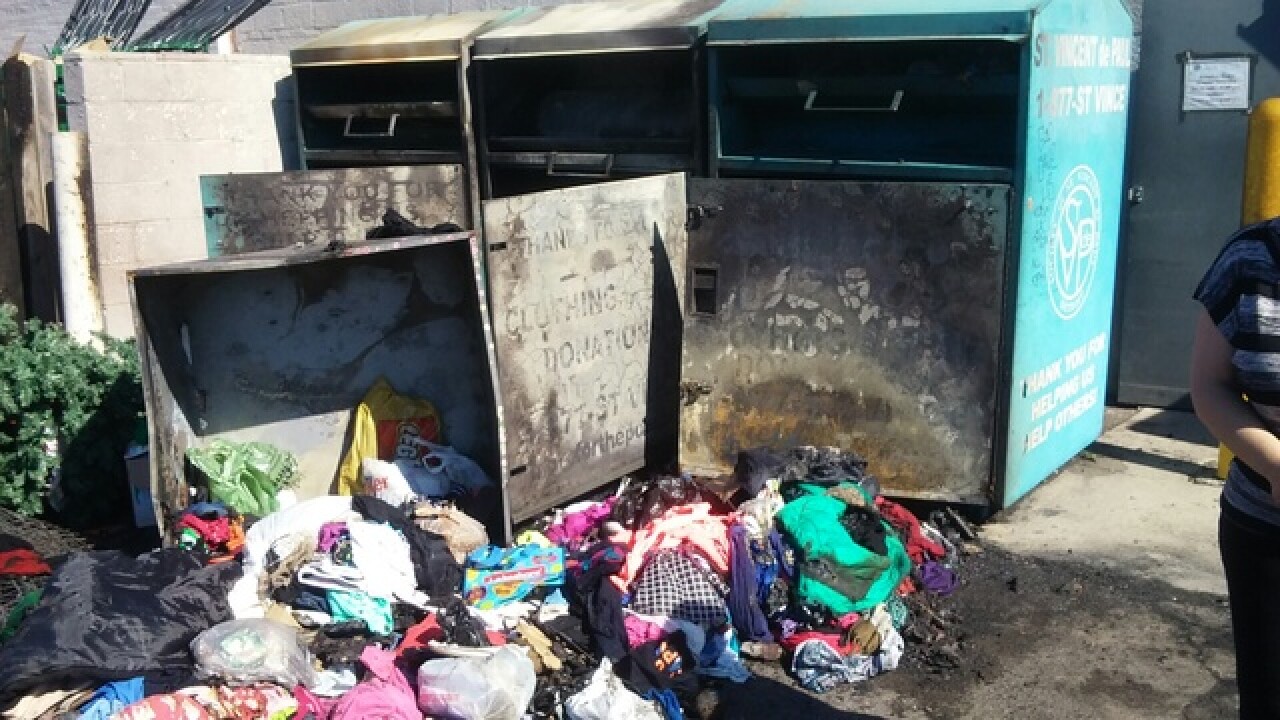 According to the charity, workers discovered the burnt and destroyed bins when they opened for business on Monday morning.

Over 1,500 pounds of donated clothing and household goods were destroyed in the fire.

“The St Vincent de Paul family is feeling blessed that nobody was hurt and that the store did not catch on fire,” spokesperson Michelle St. Pierre said in a release. "However, we estimate several thousand dollars of donated goods along with the bins were destroyed and we’re asking the public to help us in restoring the lost items.”

Right now, the charity is accepting gently used clothing and household goods at any of its 11 thrift stores, and is also taking monetary donations on its website, svdpdet.org .