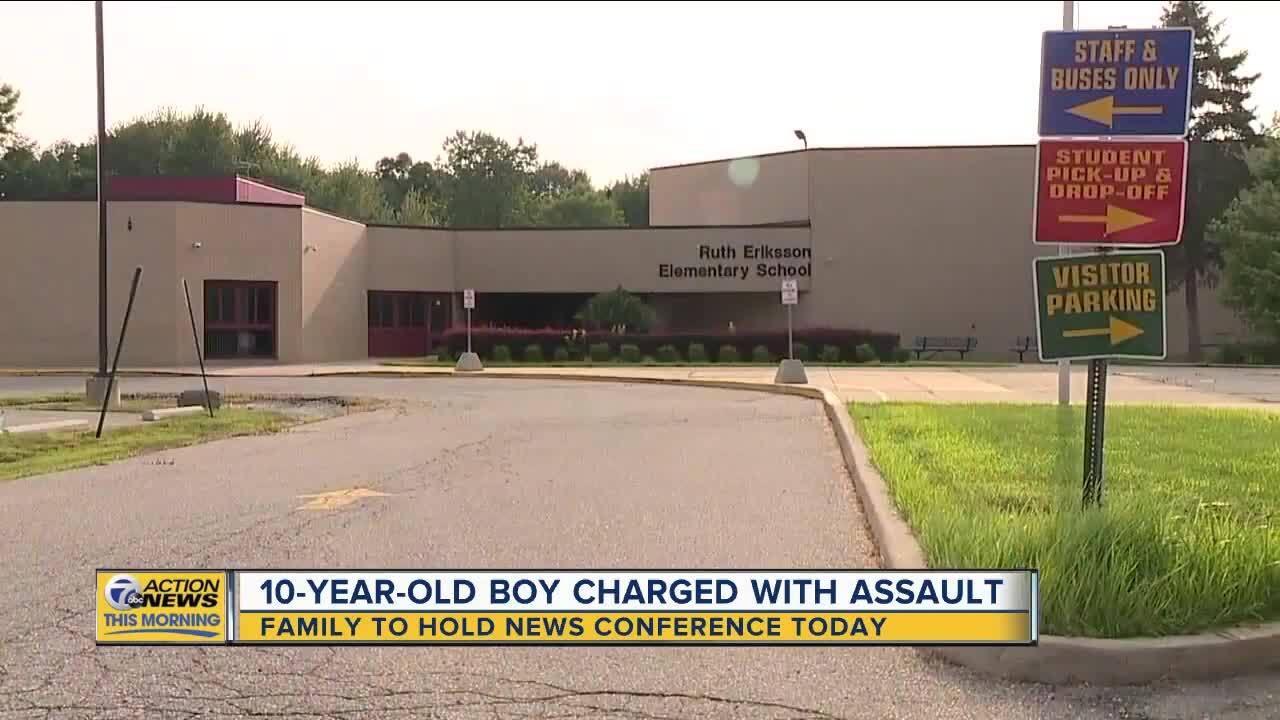 CANTON, Mich. (WXYZ) — Cameishi Lindley was shocked when she got a call from Wayne County Juvenile Court on Wednesday. It was about her 10-year-old son, Bryce.

"These kids are basically playing a game we all have played," Lindley told 7 Action News.

According to a police report, another student was struck in the face with a ball. That student's mother asked that we not use her or her son's name, but told 7 Action News he has a medical condition that makes head injuries especially dangerous.

The police report filed after the incident stated Lindley intentionally threw the ball at the boy's face.

“He sustained facial issue damage to his face. He had a black eye and a bruised nose," the other parent said.

“I couldn’t believe it," said Cameishi Lindley regarding the charge.

Her son was also suspended from school for one day. She feels it should have ended there.

“This is a kid that was playing on the playground with his friends,” she says,

“I tried not to let it get to this point," the other boy's mother told 7 Action News.

She said her son had been targeted before, and that she reported it to the school in mid-April, prior to the April 29th incident.

“My son was hit twice in the face with a ball previously due to this. The child apologized to my son and my son said 'mom it’s okay we’re still going to be friends'."

She said April 29th was the final straw, and that she was worried for her kid's safety.

“I am unaware of any of those situations," Lindley said. "I’m sorry that her child got hurt. I’d be sorry for any child that got hurt.”

She only wishes problems like this could be solved in the classroom, not the courtroom.

Lindley said neither she nor her son knew of the other student's medical condition, and feels he shouldn't have been playing a game like that in the first place.

This case will go before a judge in Juvenile Court Aug. 1 for a pre-trial conference.

Lindley has created a fundraiser to help pay for her son's legal fees, which she says are around $4,000.