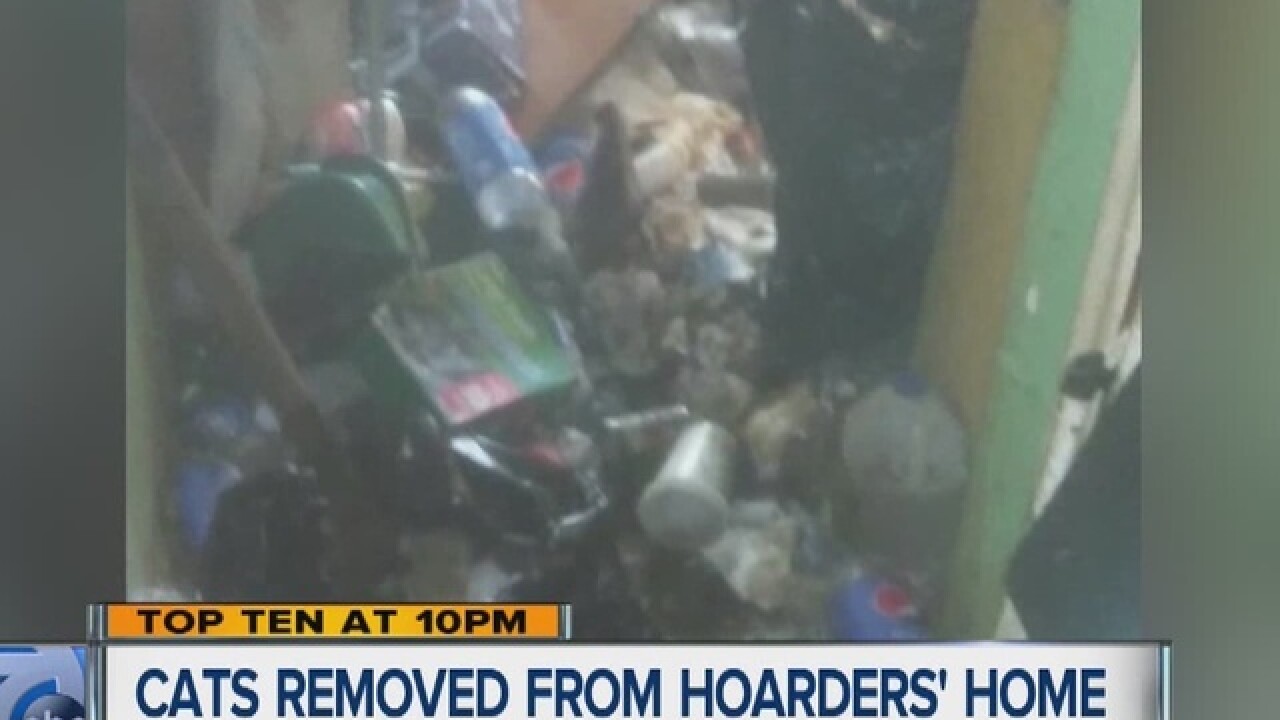 The City of Taylor is seeking help to relocate cats that were rescued while cleaning up a hoarders house in the 7900 block of Harding street.

There were about 80 of them in total - found both alive and dead.

Neighbors contacted the city of Taylor about a week ago complaining of a strong odor.

When city workers and other agencies arrived, they found a handicapped woman and her mentally challenged son living with piles of debris, trash and more cats than they could care for.

Now the city is asking for help.

“The cleaning crew should finish their work tomorrow,” said Mayor Rick Sollars in a news release. “One rescue agency has recently stepped up and accepted 25, but we still have a lot and our animal shelter has only so much capacity.”

“It appears that after her husband passed away over a year ago, the two couldn’t take care of themselves,” said Sollars.

The woman and her son were hospitalized and will likely be placed in an assisted living facility.