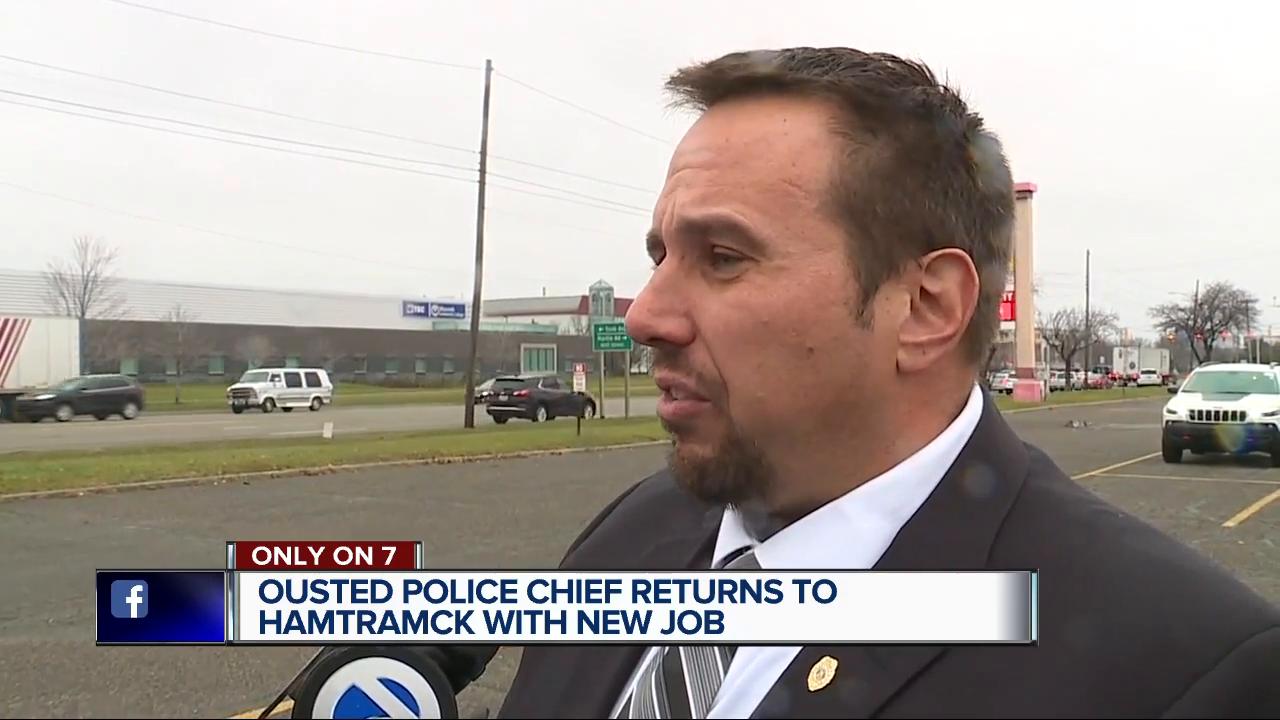 Hamtramck's former police chief is back on the job in that city almost 5 years after he was ousted.

HAMTRAMCK, Mich. (WXYZ) — Max Garbarino was ousted in a high profile way, in a packed city council chamber under a big cloud of suspicion in March of 2015.

Now almost five years later, he’s coming back to the city and talking only with 7 Action News about what happened.

Garbarino says he did nothing wrong and that it was politics with then City Manager Katrina Powell, who opened an investigation into him and had a forensic expert look over his computer.

Garbarino says he resigned and was paid six months severance and this has haunted him since because of the negative publicity.

7 Action News called Powell in her new job in Virginia, but she did not call back.

Garbarino has continued to work in law enforcement for the Wayne County Sheriff and Eastepointe Police.

New City Manager Kathy Angerer wanted Garbarino back because he had 15 years in the city. He will not be chief but working with the community and doing officer training.