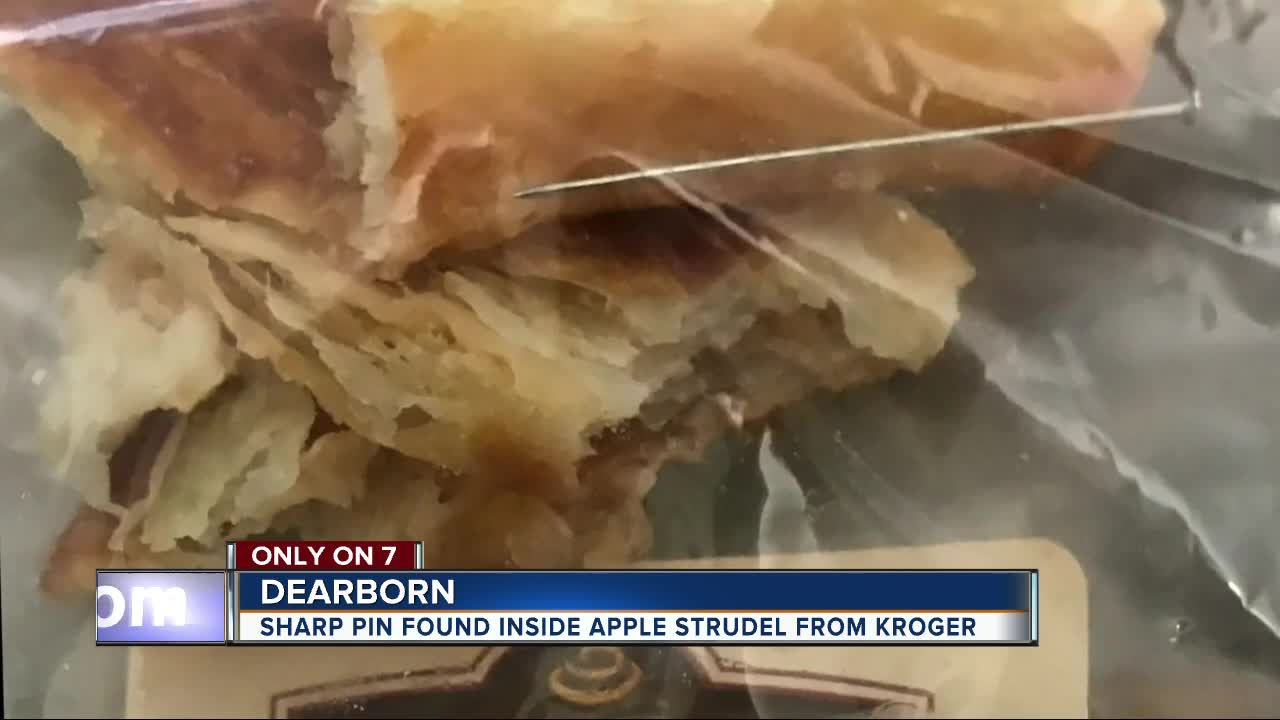 A Dearborn family wants answers after their daughter bit into an apple strudel pastry they bought at Kroger and was stabbed by a long sharp pin. 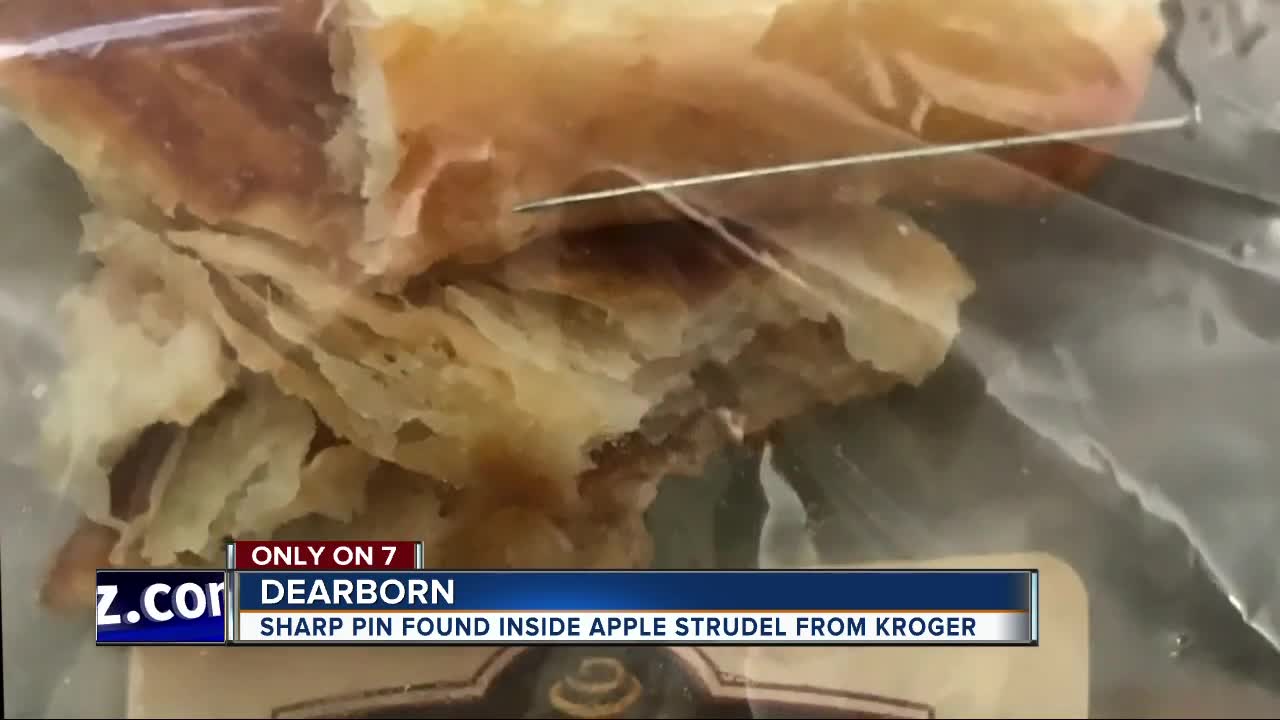 DEARBORN, Mich. (WXYZ) — A Dearborn family wants answers after their daughter bit into an apple strudel pastry they bought at Kroger and was stabbed by a long sharp pin.

Ricardo Ruel says Kroger has reached out to them and told them they are going to investigate and determine how and why this happened.

"She took a pastry out of her mouth and I looked down and there was a needle there," said Ruel.

Ruel, a military veteran, says he’s still shocked after his daughter bit into a pastry he bought at Kroger on September 5, and was stabbed by a long sharp pin.

"I was kind of freaked out initially like how did that get in there you know, was there anything else in there or any other ones," he said.

The family says they contacted Kroger immediately and filed an incident report. Ricardo says the grocery chain told him the pastry is made by a different company.

"The process that was explained to me is that they come in frozen and the bakery department, the bakers, they take everything out, they put them in trays. They bake them there at Kroger at the bakery. They package them and then put the stickers on them, the labels," said Ruel.

We reached out to Kroger for comment. They sent us a statement that says, “We are currently investigating and have been in contact with the consumer. We take matters like this very seriously as safety is one of our core values for both customers and associates.”

Ricardo says this incident could have turned out a whole lot worse, if their daughter had actually swallowed it.

Ricardo says his daughter now has to have testing done to make sure everything is okay.

"If they find that someone maliciously did that with ill will yeah by all means prosecute to the full intent," he said.

Ricardo says he’s hired an attorney and will meet with them at the end of the month.