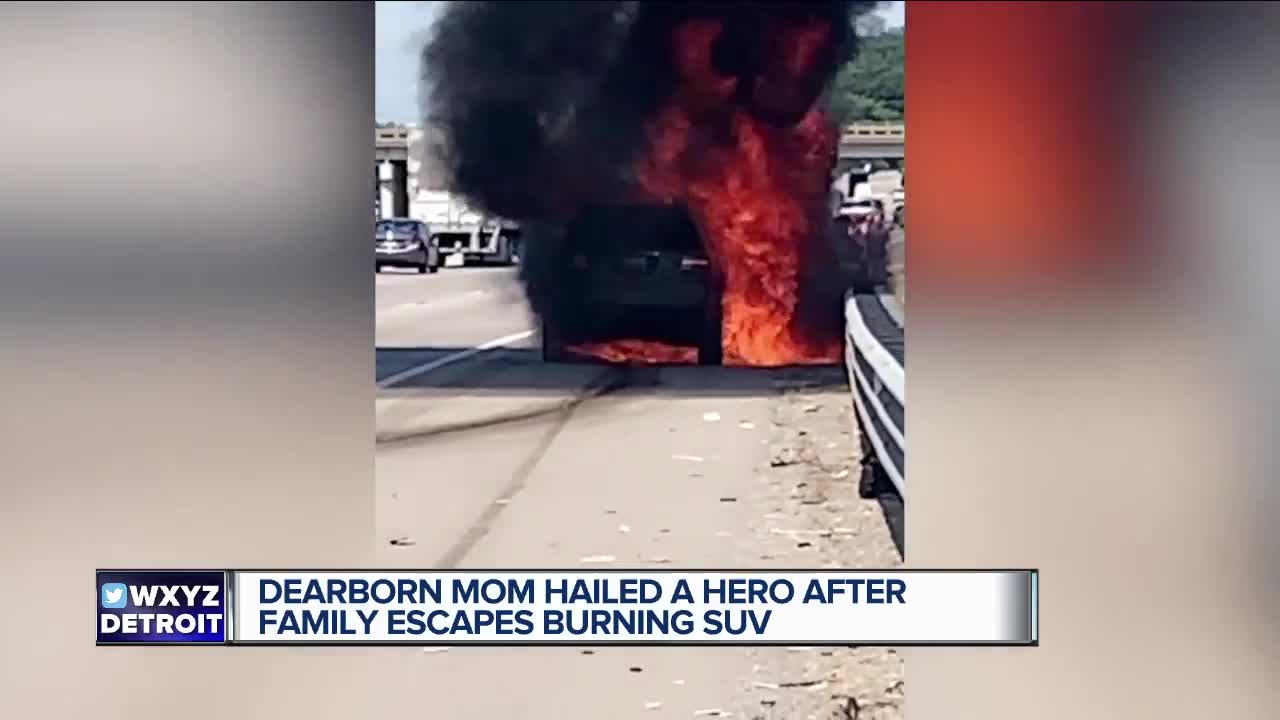 A Dearborn mother is being called a hero after her family was able to escape a burning SUV.

DEARBORN, Mich. (WXYZ) — A Dearborn mother is being hailed a hero after saving six children from her burning vehicle.

Fayrouz Bazzi 2008 Saturn SUV was engulfed in flames on Interstate 275 near the 10 mile overpass on Wednesday. Bazzi said she believes the vehicle was overheated.

The group of family members were en route to Oak Park Mall to pick up school supplies.

Bazzi’s 16-year-old son, who was also in the vehicle at the time, said his mother calmly merged over three lanes while flames shot from the hood. He also said she gave them escape instructions while she was driving and opened the sunroof in case they became trapped.

All the children were out and safe before Bazzi left the burning SUV.

Bazzi said the real heroes are the first responders who arrived on scene and took care of her family.