Did Dearborn Heights District 7 do enough to notify students & staff of asbestos danger? 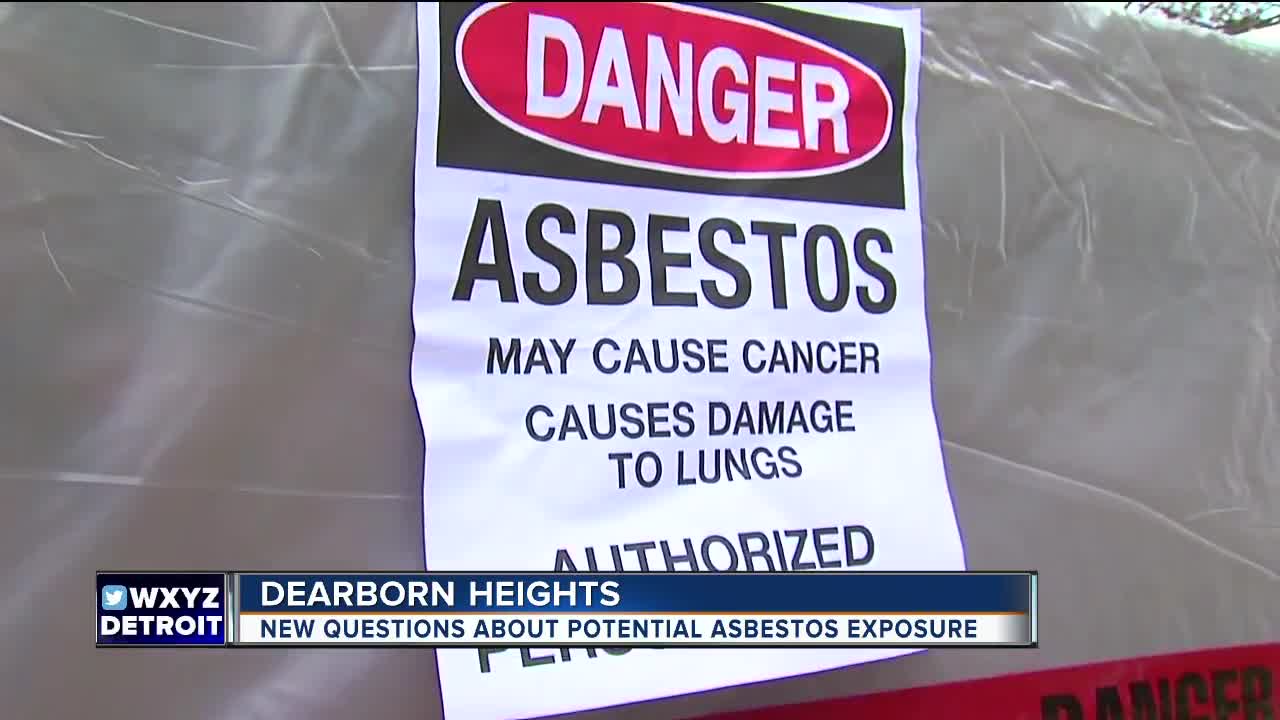 Did your or your children go to the Dearborn Heights School District 7 in 2012 or earlier? If so, a whistle blower connected to federal order just issued in favor of another worker has a message.

DEARBORN, Mich. (WXYZ) — Did you or your children go to the Dearborn Heights School District 7 in 2012 or earlier? If so, a whistleblower connected to federal order just issued in favor of another worker has a message: You need to know about potential asbestos exposure.

The warning from the former janitor comes as the U.S. Department of Labor's Occupational Safety and Health Administration (OSHA) issued a press release on January 30. It says “that the Dearborn Heights School District violated whistle blower statutes by unjustly disciplining, publicly discrediting and terminating an employee who reported unsafe working conditions to federal and state agencies. OSHA ordered the Michigan school district to reinstate the employee and pay a total of $102,905.78 in back wages, damages and other compensation.”

“What they gave you in your lungs will stay there for the rest of your life,” said Theresa Ely.

Theresa Ely says she was the employee who made the original allegations. She settled with the district a few years ago. She says the decision made last month for her former co-worker is a step in the right direction, but not enough.

She says the district has never done enough to properly notify children and staff who were in the buildings in 2012 and before, when the work on asbestos was illegally being done.

She knows sanding work on asbestos tile was illegally done in the Madison School in 2011, as she cleaned up the dust after the sanding. She was ordered to do dry sanding on asbestos tiles in Annapolis High School in 2012. When she voiced concerns she was told the district had been doing this for years, and it would not expose her to asbestos. She says she later found out she was exposed.

“They had summer school going on at the time. They were serving reduced lunch so community members were coming in during the day,” she says of the day she and other works did the dry-sanding.

She says she believes anyone in the building during the work should be monitoring their health.

7 Action News reached out to the district. As of deadline it could not provide information on what was done, if anything to notify people in the building of the potential danger.

Superintendent Jennifer Mast released a statement in response to the federal order -saying, “ “The decision will be reviewed by our legal counsel.”

The employee assisted with the 2012 investigation after the worker objected when the director of operations and construction management told the worker to dry sand floor tiles that contained asbestos at Annapolis High School. The director failed to train the workers in asbestos hazards and provide protective equipment.

Within days of receipt of the Department of Labor's June 2016 findings in the employee's whistle blower case, the school district allegedly embarked on heightened surveillance of the second employee, a lengthy progressive discipline campaign against the individual, and eventually terminated their employment for actions including reporting unsafe conditions to state and federal agencies.

"All workers are entitled to a safe and healthful workplace without the fear of retaliation for voicing concerns," said OSHA Acting Chicago Regional Administrator William Donovan. "No worker should be harassed, publicly defamed or punished for reporting unsafe working conditions, advocating for other employees and seeking assurances that they and students are not being exposed to carcinogenic materials."

Both parties have 30 days from the receipt of OSHA's findings to file objections and request a hearing before an administrative law judge.