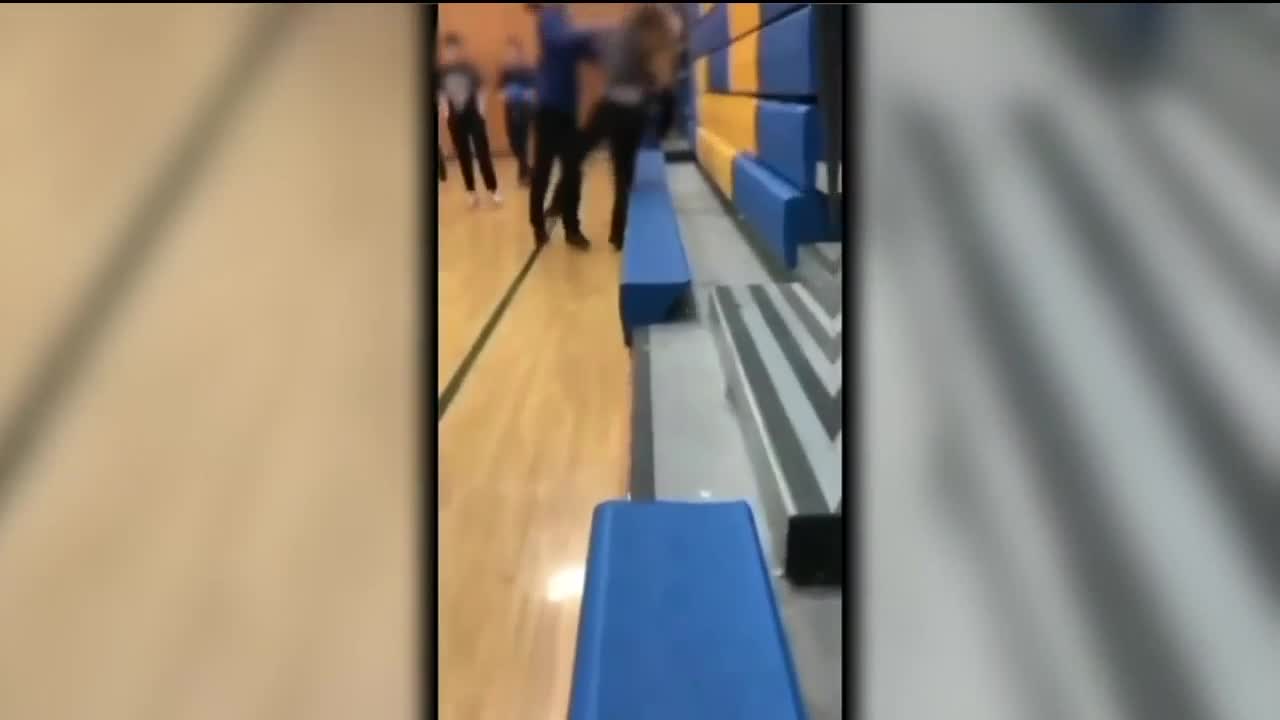 The video is difficult to watch. It shows a boy repeatedly hitting a girl until she falls to the floor.

DEARBORN, Mich. (WXYZ) — The video is difficult to watch. It shows a boy repeatedly hitting a girl until she falls to the floor.

Another student steps in to end it and then a teacher also steps in.

Muneera Safieddine says watching the video of her daughter made her cry that she couldn’t protect her.

7 Action News has learned this is not the first physical altercation between these two students who have known each other since the 4th grade.

The girl knocked down is 12-year-old Alena Safieddine. She and her mother say both students are on a 3-day suspension now. And both were suspended 3-days after the first incident.

Alena says yesterday both pushed each other before the video started rolling. But after she was hit several times and fell to the floor she was dizzy.

She says she had been bullied and harassed before the incident yesterday and since then by friends of the boy.

Muneera wants to move her daughter to another school and Dearborn School officials say they will work with her.

Dearborn Schools also posted this statement to the district:

I’m saddened to once again have to share with you information regarding an event that took place at the end of the day on Monday, February 10, 2020.

By now, some of you may have seen video of two Smith students fighting with each other. The video only shows the final moments and the very unfortunate outcome of a situation that began as what was described by witnesses as "fooling around and horseplay". Our investigation and interviews with witnesses provide a more complete picture of what led up to this isolated event. These two students let their emotions get out of hand and made bad choices on how to resolve their situation.

Our legal obligation to protect the privacy of students does not allow us to provide details on disciplinary actions taken in response to this event but we can assure parents that we have spoken with all parties involved and followed the Dearborn Public Schools Student Code of Conduct.

Part of growing up is learning how to control our emotions and tempers and many middle school students are still working to develop those skills. However, there is no excuse for students to engage in this type of behavior and this will not be acceptable at our school. I know that the few seconds of video does not reflect the overall conduct of our students or the culture and climate in our building.

I’m confident that our school community will continue to focus on the successes of our students and the accomplishments of our school while also being aware that we must continuously work together to create a safe and secure school for all O.L. Smith students.