Elderly man dies after fire breaks out at Taylor home 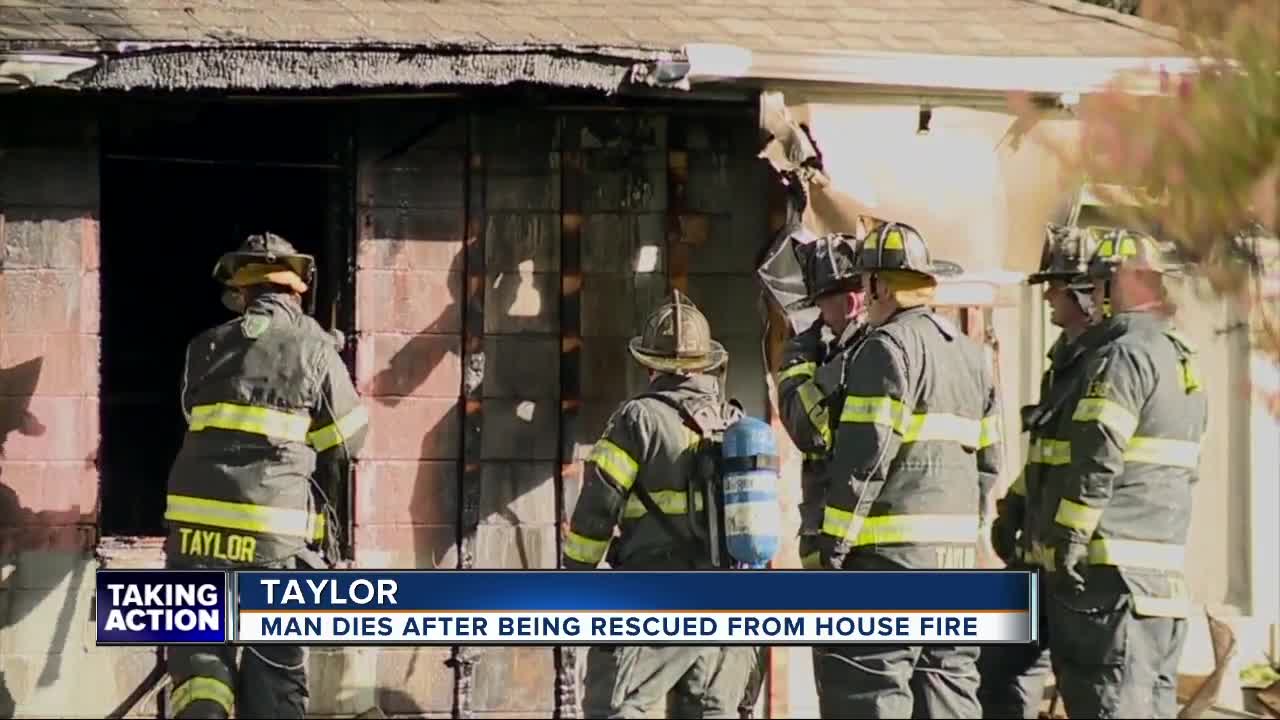 A Taylor man has died after fire crews pulled him from his burning home on Racho Road near Eureka.

TAYLOR, Mich. (WXYZ) — A Taylor man has died after fire crews pulled him from his burning home on Racho Road near Eureka.

The fire broke out Thursday morning in the back bedroom of the home, according to the Taylor Fire Department.

An elderly couple lived in the home, and according to neighbors, they've lived there for many years.

The woman made it outside, but the man was trapped in the home, and had to be rescued by firefighters, according to Capt. Jeremy Johns with the Taylor Fire Department.

A family member confirmed to 7 Action News that the man, who was initially transported to a hospital in Detroit, died from his injuries.

The cause of the fire remains under investigation.

Given the extent of the damage, the home is not livable at this time, according to Capt. Johns.