Claims he was mistreated by police 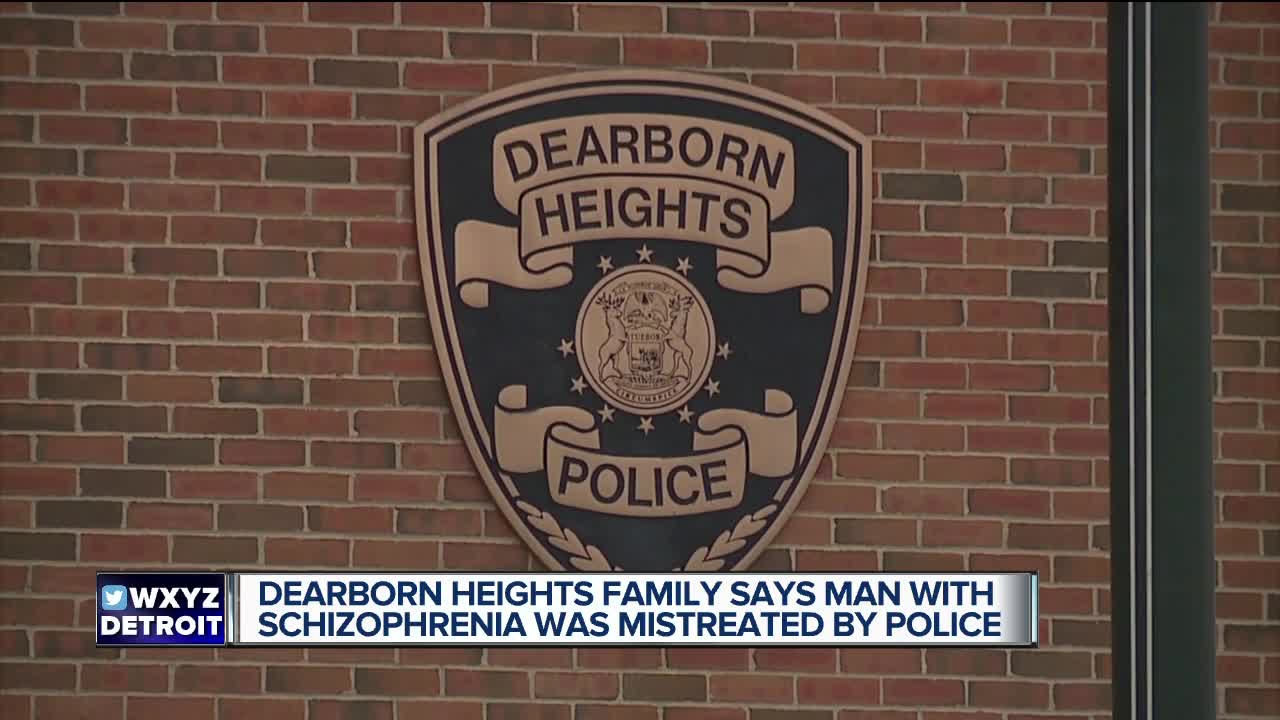 Samar Beydoun claims her older brother, who suffers from schizophrenia, was mistreated back on Feb. 3 when he was arrested at Dearborn Heights City Hall.

DEARBORN HEIGHTS, Mich. (WXYZ) — Samar Beydoun claims her older brother, who suffers from schizophrenia, was mistreated back on Feb. 3 when he was arrested at Dearborn Heights City Hall.

Beydoun claims her brother was there to pay his taxes. Over the course of his time at City Hall, Dearborn Heights Police arrested him for disorderly conduct.

The incident was brought up during Tuesday's City Council meeting, where Beydoun spoke out, and claimed her brother was held for nearly 70 hours and not given medication he needs in a timely manner.

“He was crying on the way home. As a grown man to cry of pain and of his treatment, my brother doesn’t cry," she said of her brother after he was picked up from the police department.

"They asked for his medication, even though I went and gave him the medication and gave [it to] the police officers the first night he was arrested, the medication. And it was about close to the second day before they gave him his meds," Beydoun told Action News.

According to Dearborn Heights Police Deputy Chief Mark Myers, medication was dropped off for the man, and administered, though he wasn't able to say exactly when.

TONIGHT on @wxyzdetroit at 5: A family is speaking out, after they say their family member with schizophrenia was mistreated during a Feb. 3 arrest in Dearborn Heights. pic.twitter.com/BcLRJIbLIR

Deputy Chief Myers said these claims are under investigation by the department, to make sure policy was followed properly.

"That’s very concerning. And I would not want to see that for anyone and I think that has to be addressed," said Dearborn Heights city council member Lisa Hicks-Clayton of the allegations.

“Our officers should have the training to make sure they know how to one, recognize it, and two, how to effectively de-escalate a situation and handle those individuals with respect and dignity, and care. I’m not saying the officers did not do that, but that was my question, what is that training? And it was necessarily very clear," she said.

Issa Fawaz, who is representing the man arrested, said he's had a hard time getting records pertaining to his client's arrest; even the initial incident report.

"At first they said no, so I had to show them my bar card and I told them I’m his attorney. And they said well fill out a FOIA," Fawaz said.

The man, who was eventually bonded out pending formal charges, is now back home.

Police said the city attorney is reviewing the case. According to Deputy Chief Myers, the family has not filed a formal complaint with the department.

This incident has sparked a conversation within city council about the need for police body cameras, and a civilian oversight committee, which council member Bill Bazzi is pushing for. Council member Hicks-Clayton said she too would like to see an oversight committee formed, and also believes an external agency should look into these claims, like the Michigan State Police.

"You’re in law enforcement. You are the person that’s protecting us. You must know how to deal with all kind of people," Beydoun said.

Action News has submitted a Freedom of Information Act request for additional information pertaining to this arrest.