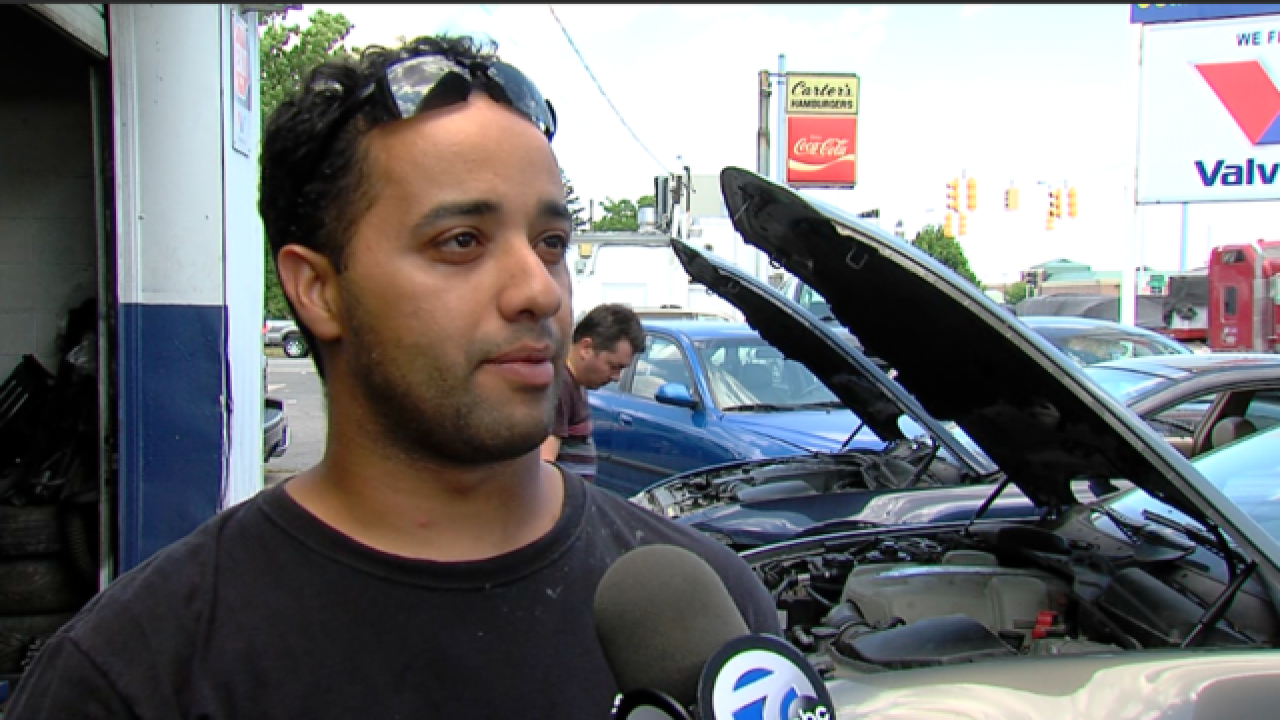 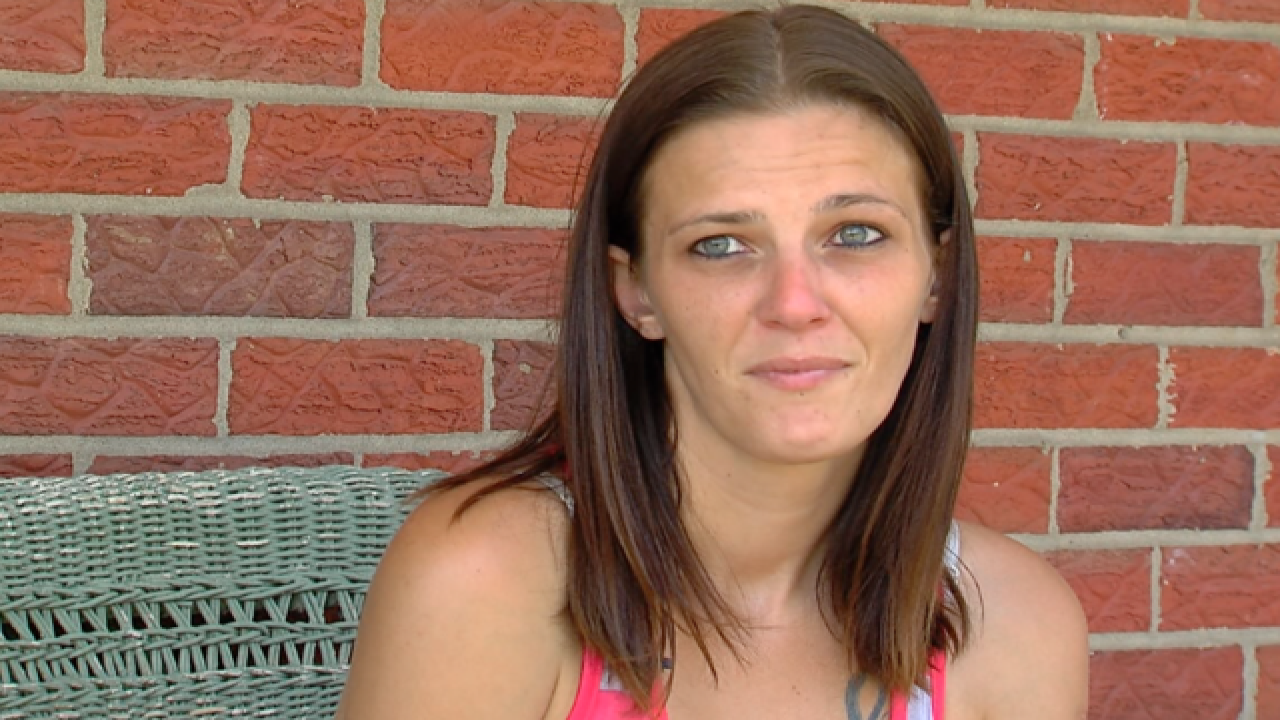 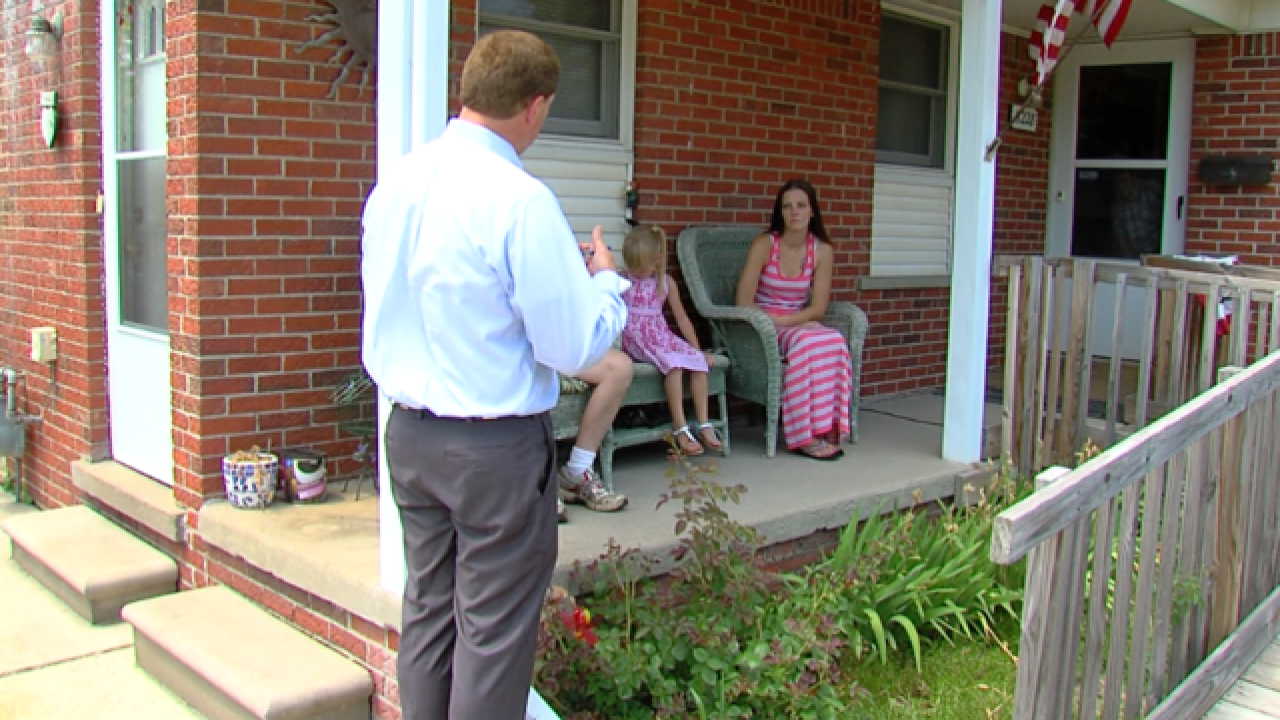 A group of Good Samaritans rushed to help a female motorist who suffered a medical emergency behind the wheel.

A man on a motorcycle noticed the woman's head was leaning to the side when he pulled up next to her car on the Southfield freeway service drive around 4 p.m. on June 24,.

The man kicked the side of the car hoping to get the woman's attention after she rolled through the red  light at the Outer Drive intersection at a slow speed.

Amanda Talcott of Allen Park first took notice of the situation because of the action's of the man on the motorcycle.

"I thought they were fighting," Talcott told 7 Action News.

She was returning from a doctor's appointment, riding in the front passenger seat with her mother and five-year-old daughter at the time.

"I leaned up and when I leaned up, I seen her head hanging and I seen foam coming out of her mouth," Talcott says.

Mechanic Tarik Algharabli was working on a car out in front of an auto repair shop when he acted.

"I would have done it for everyone, honestly," Algharabli said. "When I seen her like that, I just reacted. I went for it."

Algharabli, his boss and a man from the nearby party store managed to get the woman's 2014 Chevrolet Cruze stopped. They then used a baseball bat from the store to break one of the car's rear windows in order to gain entry.

That's when Talcott said she jumped in to help.

"I tried to get her to come to," Talcott said. "I was giving her water, you know, to choke on it a little bit and she came to enough to tell me that she was a diabetic."

Allen Park police responded to the scene as well as ambulances from Allen Park and Dearborn. The woman was eventually transported to the hospital.