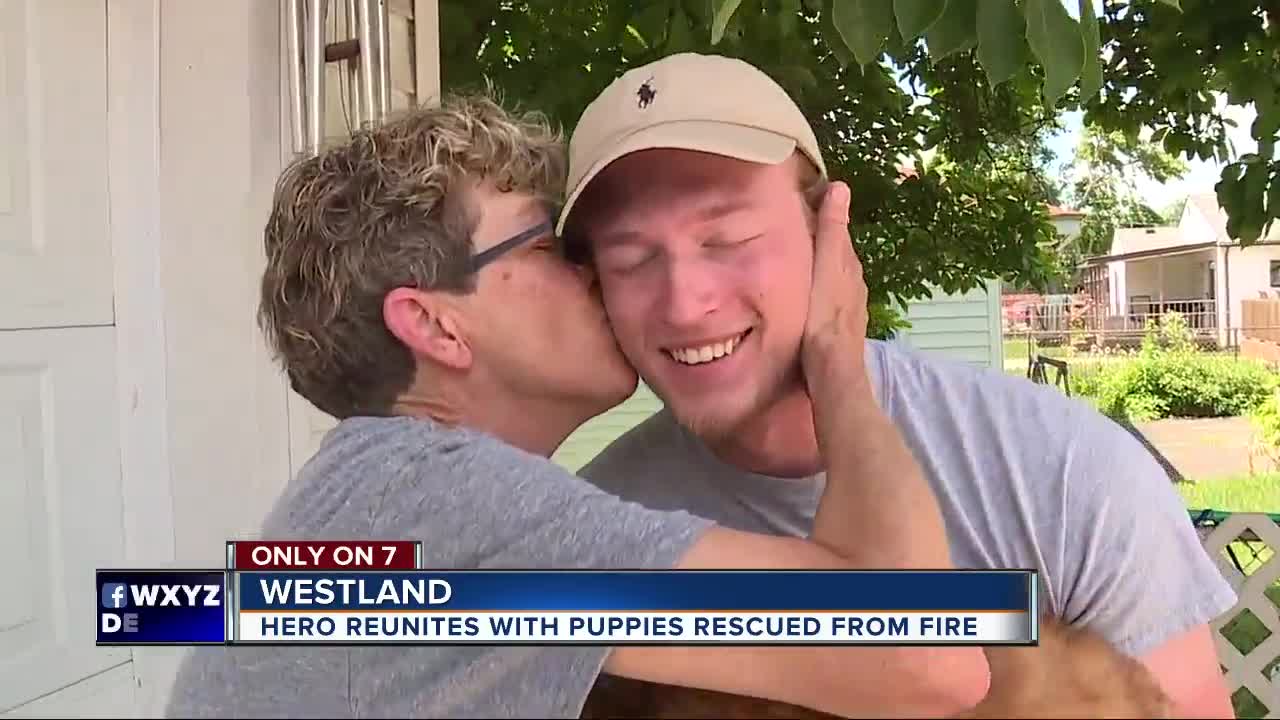 When a home caught on fire in Westland last week, a neighbor came to the rescue, saving several puppies.

WESTLAND, Mich. (WXYZ) — When a home caught on fire in Westland last week, a neighbor came to the rescue, saving several puppies.

The homeowner, Denise Daniel, is beyond thankful for 21-year-old Ryan Dobney’s efforts.

When Denise’s home on Grandview caught fire, Ryan happened to driving by.

He said, “I saw smoke as I was turning the corner.”

He had no idea that inside were 13 dogs. That includes seven puppies, two of them just five-days-old. Denise has lived there, breeding and showing dogs, for 35 years. She was out to dinner when an attic fan sparked the fire.

Denise rushed home when she got the call,“I was freaking out.”

Ryan pounded on the front door when he saw this sign. That’s when he made his way in.

“Thirty seconds after he was in there, the ceiling came down on him,” she said.

Luckily nobody was hurt. Denise and the dogs are now showing their gratitude.

“They wouldn’t be here if it wasn’t for Ryan,” she says/

Ryan is studying to be a nurse, but now he can say he’s already saving lives.

He added,“I was really glad I was able to help them all out.”

Denise isn’t clear how much damage was done, but she can’t live in her home for the next three to six months. The dogs rescued already have ‘forever’ homes, none are available.

Denise has a surprise to show her gratitude for Ryan. Stay tuned to 7 Action News for an update!