'It made me feel degraded. It was just a horrible experience.' Former employee claims Romulus trucking company kept noose hanging in garage 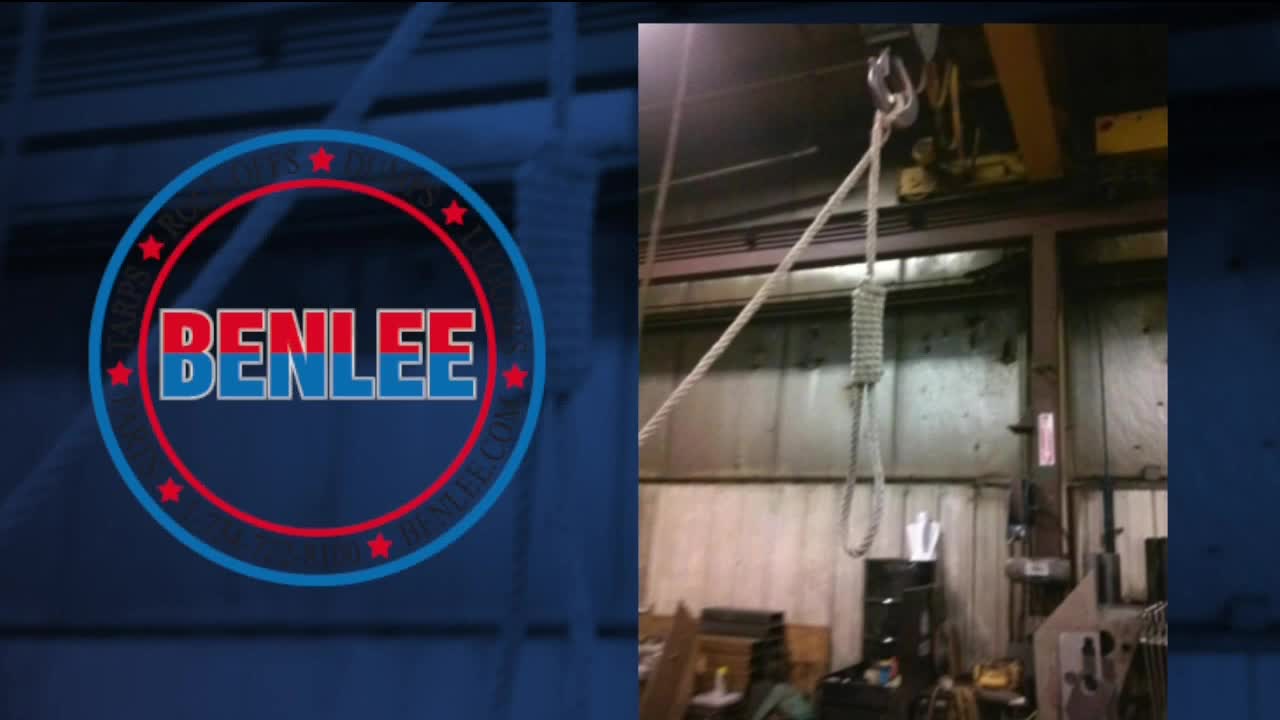 A hangman’s noose is at the center of a civil lawsuit filed against Benlee, Inc., a trailer manufacturing company based in Romulus.

ROMULUS, Mich. (WXYZ) — A hangman’s noose is at the center of a civil lawsuit filed against Benlee, Inc., a trailer manufacturing company based in Romulus.

It’s at Benlee where Jermaine Ware says he faced racial harassment during the course of his employment. Tensions escalated, he says, when he complained about the noose hanging on the door.

“The fact that nothing was done about it made me even more uncomfortable. It made me feel degraded. It was just a horrible experience. And I can’t just call it quits because I’m not just living for myself, I’m living for my wife and for my children,” says Ware.

His attorney Jon Marko says the hangman’s noose didn’t go away once Jermaine complained, it was hung in a more prominent location.

“After he complained about it, this hangman’s noose was put in Jermaine's work area as a signal to intimidate, degrade and belittle him,” says Marko.

“When he was washing his hands, they said, you can’t wipe your hands hard enough to get all the black off you. I mean, horrible hostile, racial stuff,” says Marko.

“It wasn’t just a week or a couple of days, it was over the course of a year,” says Ware, then he finally had enough and quit.

In response to the lawsuit, Benlee sent a statement saying in part:

The statement says 5 days later Jermaine asked for his job back and when he was told that his job was no longer available he responded with a text that began with expletives, saying “F the zero bring back the hero.”

The statement did not address the accusations of racial harassment on the job.

In addition to the monetary compensation, Marko says he hopes the civil lawsuit will pressure the company to admit to their actions and takes steps to repair the company culture.