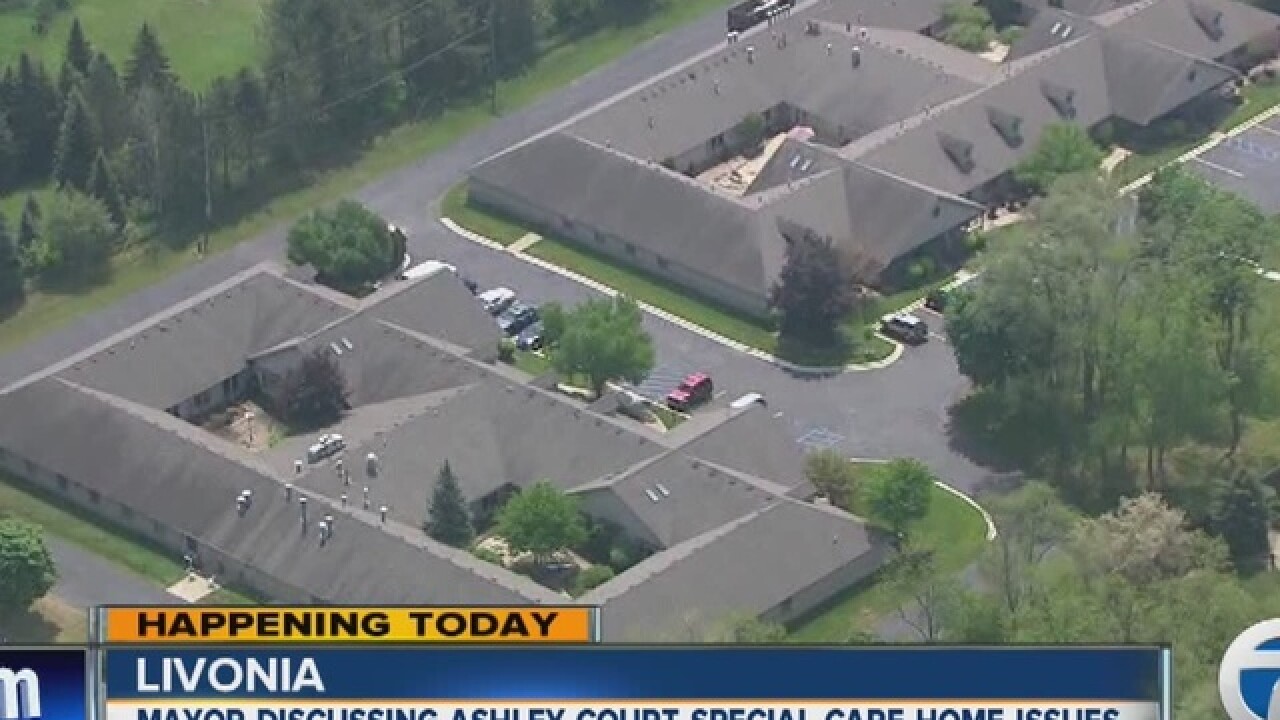 7 Action News has obtained a letter sent out to some ex-employees of the Ashley Court Special Care Home in Livonia.

It threatens to sue them for talking to families of residents and current employees about the conditions there.

A news conference is scheduled for Friday morning at Livonia Chamber of Commerce with the mayor, fire chief, and state lawmakers.

Mayor Dennis Wright says he's still looking for the owner, and has a few questions for him, adding, "That's all I'm going to say about that."

He spent five hours at the facility Thursday afternoon, telling us five seniors are still left at one building.

Wright also says he's concerned about the workers there He wants to make sure they get their paychecks.

The home was shut down Wednesday, with families only given a few hours notice, after it failed to fix dozens of fire violations in a timely manner.