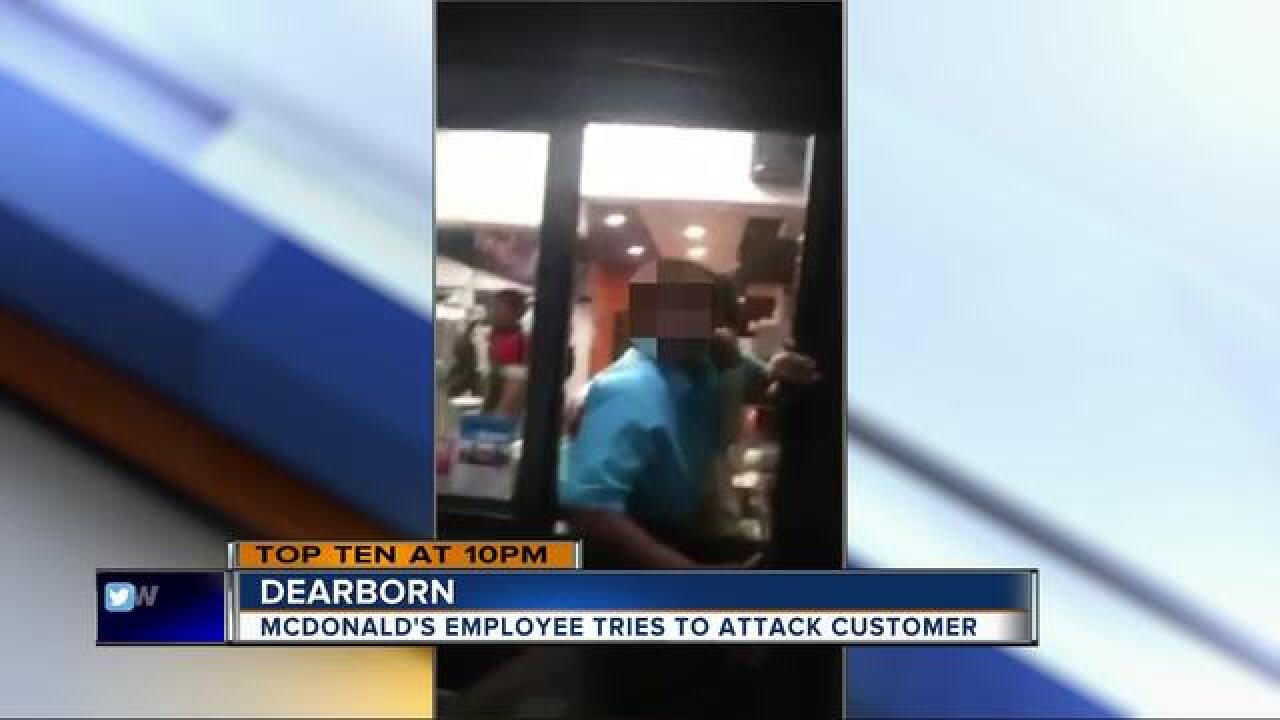 A metro Detroit man says he stopped at a McDonald’s in Dearborn to order food, but was served up something he wasn’t expecting.

Tyler Lamb says the manager reached out of the drive thru window and tried to attack him and grab his phone.

Lamb worked 12 hours on Sunday. Afterwards, he says he stopped at the McDonald’s on Ford Road in Dearborn to order food.

He got a mouthful, but not what he had in mind.

Lamb says his order was all wrong. He says the food was cold and items were missing, so he drove back around the drive thru so they could fix it.

The McDonald’s employee working the window seemed to be handling the situation and Tyler’s complaint. She asked him to call in the morning

But then things got heated out of nowhere. The manager reached out of the window and tried to grab his phone after she noticed he was recording.

Lamb says he doesn’t understand what made the manager so angry and feels he’s the one who should be upset, saying it would be nice to get his meal fixed - but first perhaps an apology is in order.

McDonald’s has released the following statement in response to the incident:

We have zero tolerance for any employee who disrespects our customers. We immediately terminated the manager upon learning of this incident. All personnel are trained to provide high-quality service to our valued customers.