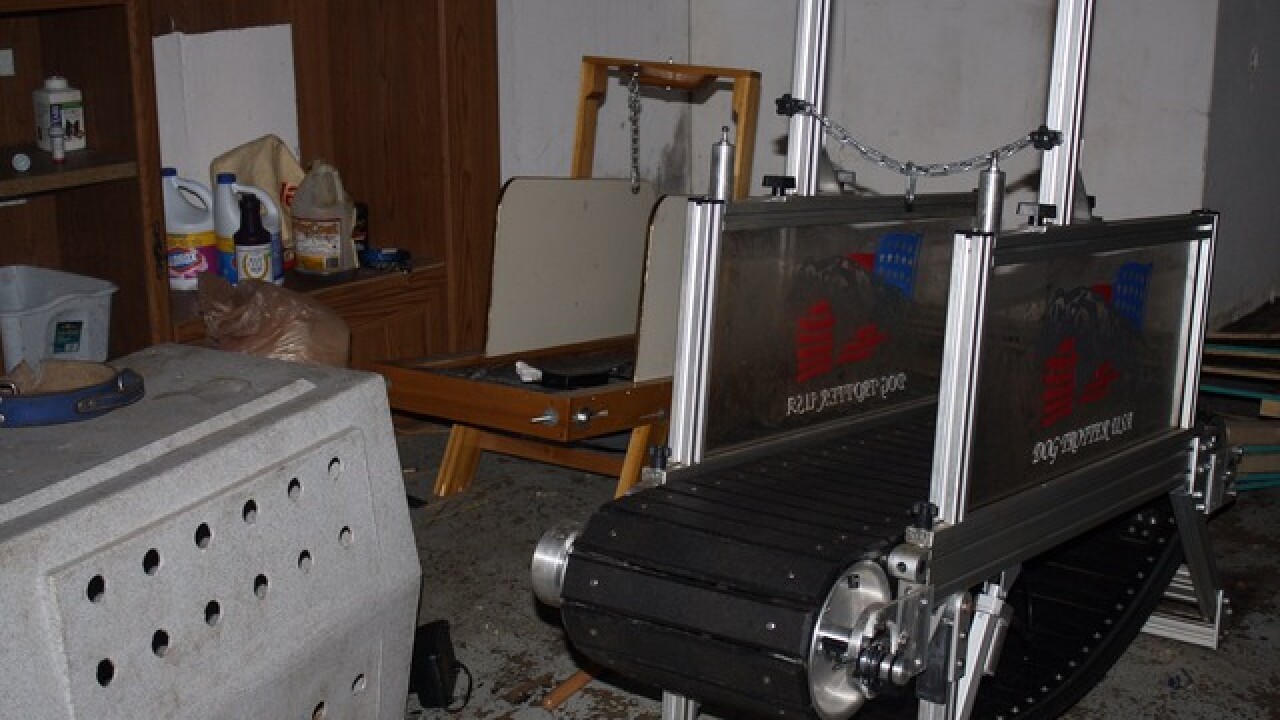 According to Michigan State Police, the search warrants were executed at homes in both Westland and Inkster.

Police say the 25 dogs were all turned over to the Michigan Humane Society while the investigation continues.

On top of the dogs, police found cocaine, marijuana, heroin, dog fighting equipment and $25,000 in cash during the raids.

A photo from the scene shows some of the equipment that was seized during the raids. Right now, police say the dogs are being held as part of the investigation. They will announce if or when the dogs become available.