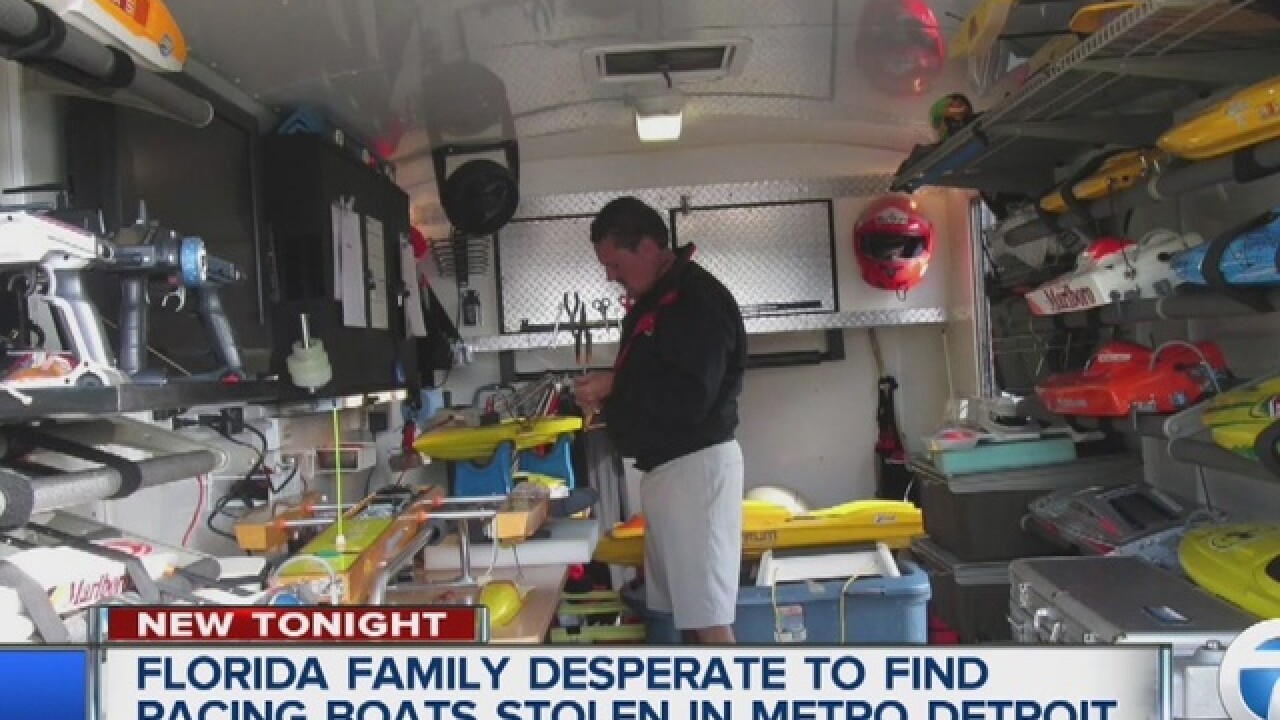 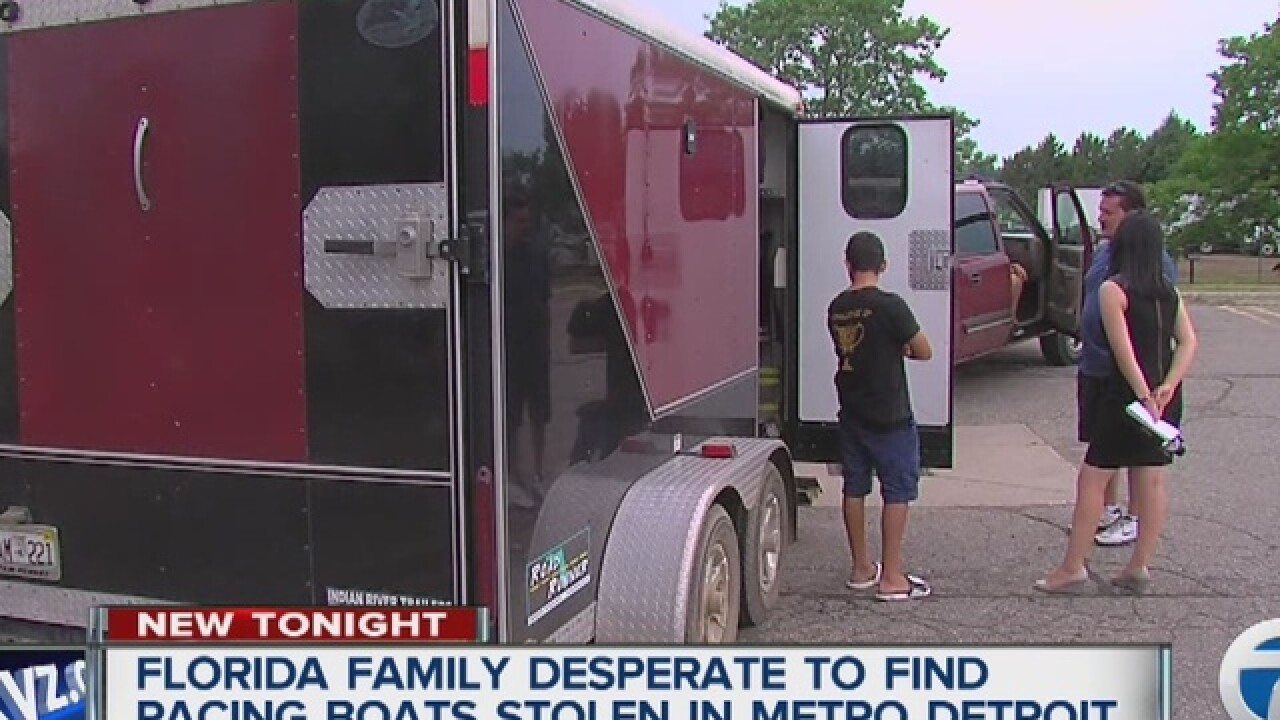 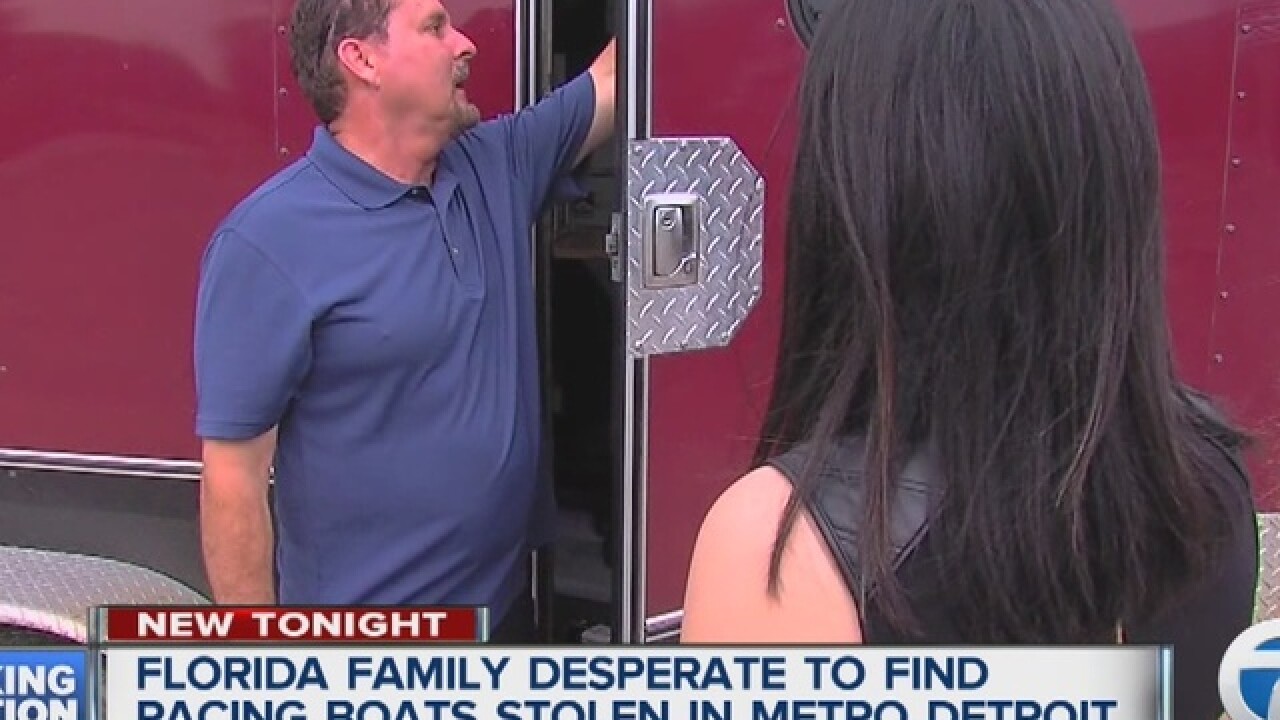 A Florida man is hoping the thieves who stole at least $50,000 worth of racing boats from his trailer during his trip to Michigan this week have a change of heart.

Ken Haines drove from Stuart, Fla., to Michigan with his wife and 14-year-old stepson for a competition in Leonard this weekend. On Wednesday morning he noticed his burgundy trailer stolen from the parking lot of the Embassy Suites in Romulus. Inside the trailer were 21 radio control racing boats, many of them custom-built, that Haines collected over many years.

"Ten years of hard work just pretty much down the tubes," Haines said.

Haines took to Facebook, appealing to his fellow boat racers to get the word out about the theft.

On Saturday night, a good Samaritan spotted the trailer behind a bar in southwest Detroit and contacted Haines.

Excited, he and his wife rushed over, only to find the trailer completely ransacked. The boats, its motors, and other equipment, totaling at least $50,000 were stolen.

"It ruins everything for us," Haines said. "It's like getting robbed twice," he added.

Haines and his family were looking forward to going to Seattle in July for a national competition, but that won't be happening anymore. Haines said he isn't sure how much insurance would cover for the loss.

"Please have a heart,” he appealed to the thieves.

Haines is offering $10,000 to anyone who can help recover his boats. Anyone with information can call Romulus police or Action News at 248-827-9407.