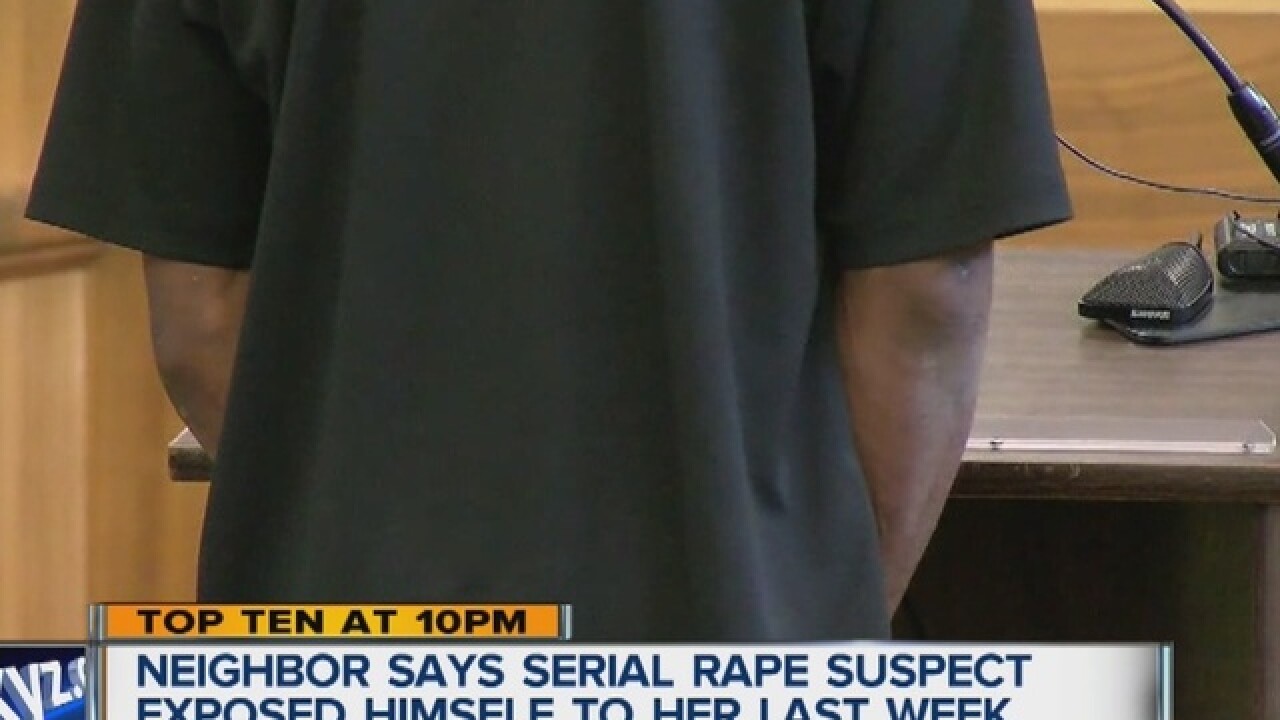 The shock continues to overwhelm people who know the alleged west side serial rapist.

Thirty-two-year-old Ikeie Smith of Redford is accused of raping women in 8 suburbs over the last 5 years.

Smith lives in Redford and some of his alleged crimes happened not far from home.

That’s why this has people so amazed and shocked. One woman says she even had an encounter with him in their backyards that weirded her out.

“He had the front of his pants kind of pulled down, like how a guy would normally use the bathroom outside,” the woman, who we are not naming, told 7 Action News. “He had, you know him, himself, private area, private parts out.

She says he was shaking them, like he was waving at her.

“When I went finally to go into the house he was still standing there shaking it. Looking at me,” she says. “Still sideways where I could clearly still see what everything was.”

Then late this afternoon, only 7 Action News cameras were in court in Redford when he faced nine more counts: CSC, home invasion and armed robbery.

Smith asked the judges for bond, but he’s not going anywhere and facing life in prison if convicted.

His mother got the nerve to speak to reporters following his case in court and she’s in shock.

The most shocking element? Not far from where he lived in Redford, Smith is accused of raping a woman at knifepoint while her husband and kids were in the house sleeping.

Police say he apparently picked his victims at random.