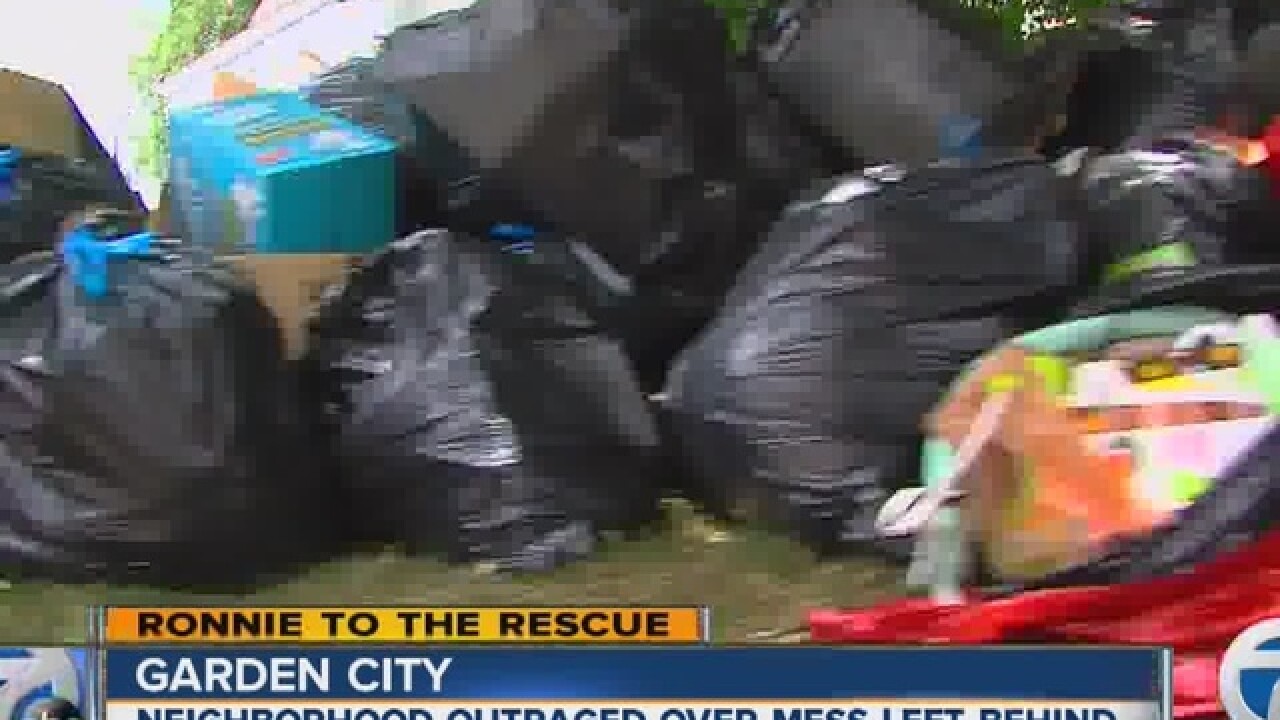 There's disgust in a quaint Garden City neighborhood after a homeowner moved out and left a massive mess on the curbside.

On a block with tidy lawns, and blooming flowers one house stands out on Bridge Street for all the wrong reasons.

“It’s been hard.” said one neighbor.  “My sister is getting married and we are having parties to celebrate and when you have to come home to see this, it’s hard to feel proud about your neighborhood.”

"This" is a trash pile, dumped on the curbside. Neighbors say, it was left by the previous owner.

The new owner just got the keys Tuesday and with the property, came the mess and a warning from the city.  A notice was posted ordering the trash pile be picked up in 24 hours.

A contractor working on the house for the new owner told 7 Action News, “I’m sorry to the neighbors, but it’s not our fault. If they would have left it inside the house we would have cleaned it out.”

7 Action News Reporter Ronnie Dahl paid a visit to the previous owner’s new residence. A woman answering the door said he wasn’t home, but said he had made special arrangements for the trash to be picked up.

Wanting to make things right, the new owner hired a company Wednesday afternoon to haul the trash away.

Have a story for Ronnie? Send her an email at ronnie.dahl@wxyz.com.