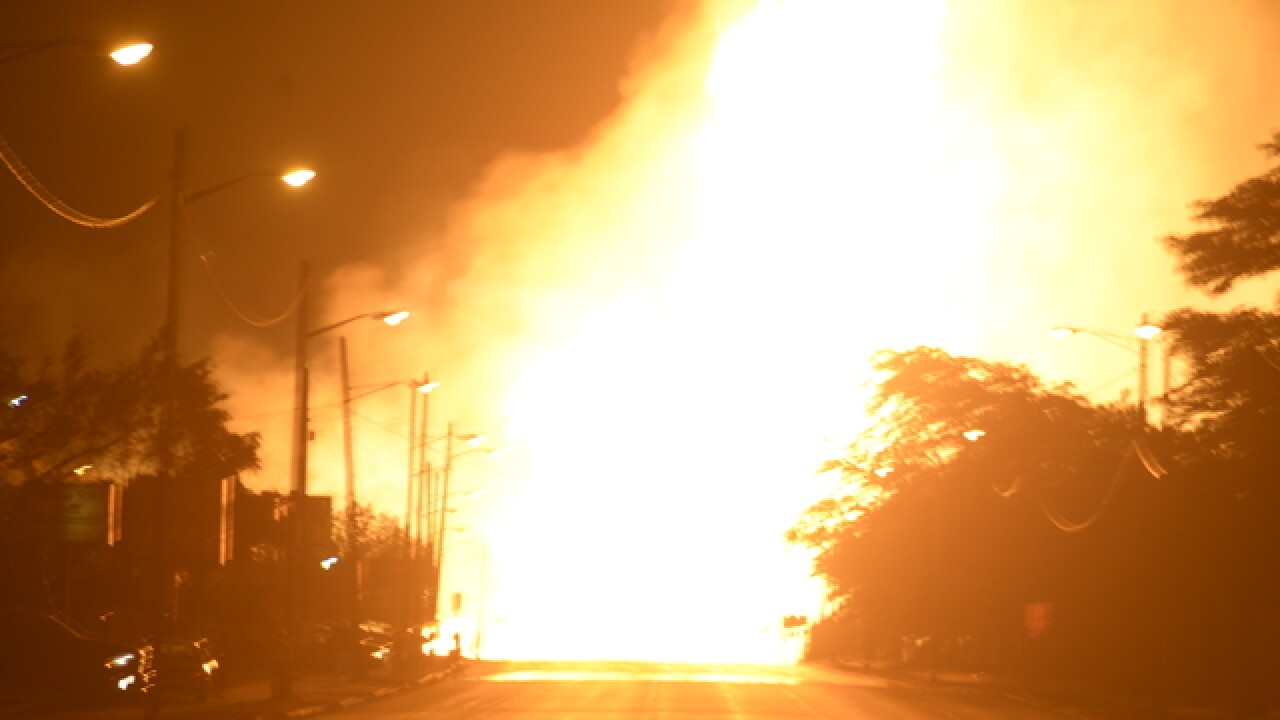 Chopper 7 was over the scene this morning. Video from Chopper 7 showed the MichCon facility with heavy damage from the fire, as well as a burned out car that is believed to have caused the explosion after a crash.