VIDEO: Driver uninjured after semi crashes through wall, falls off bridge on I-75 at Dearborn St. 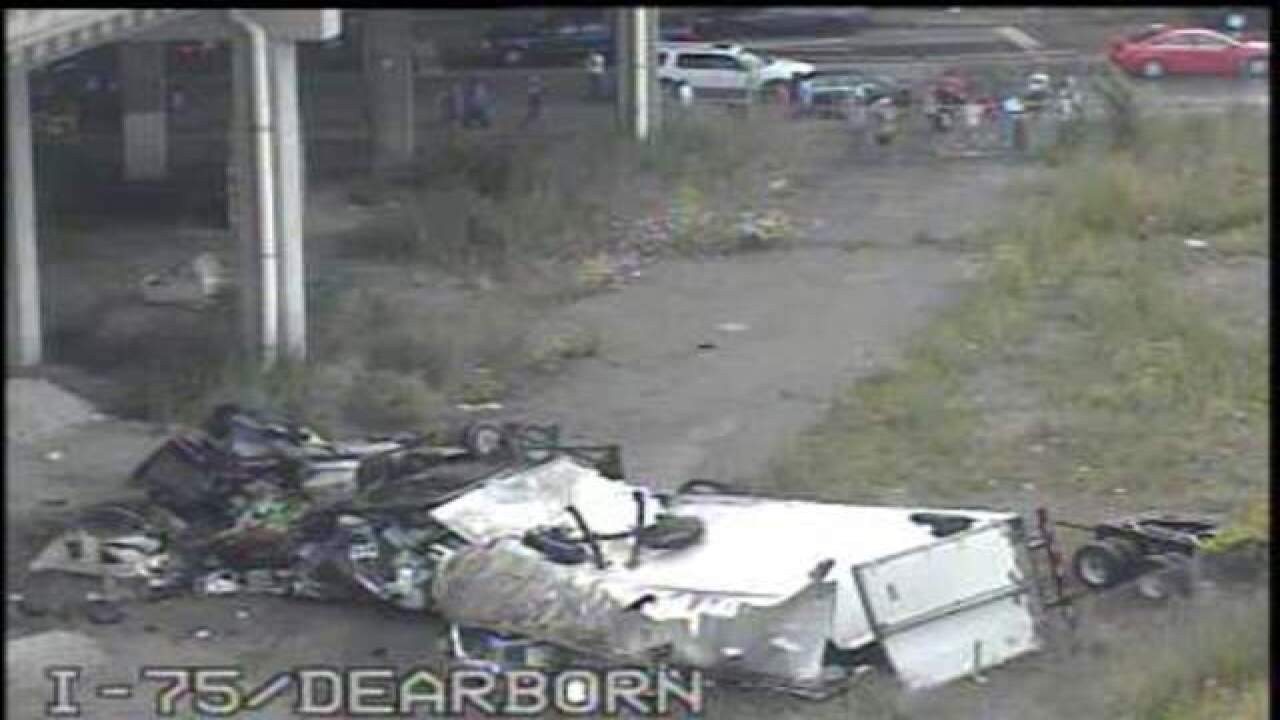 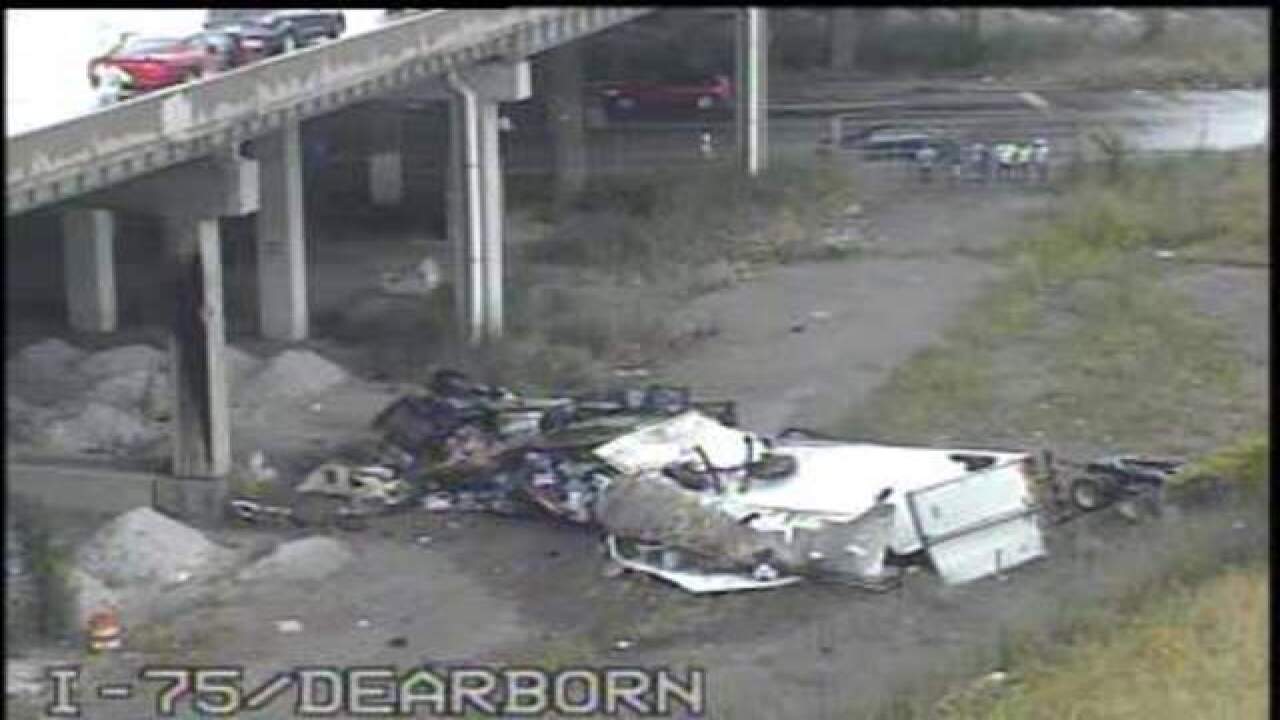 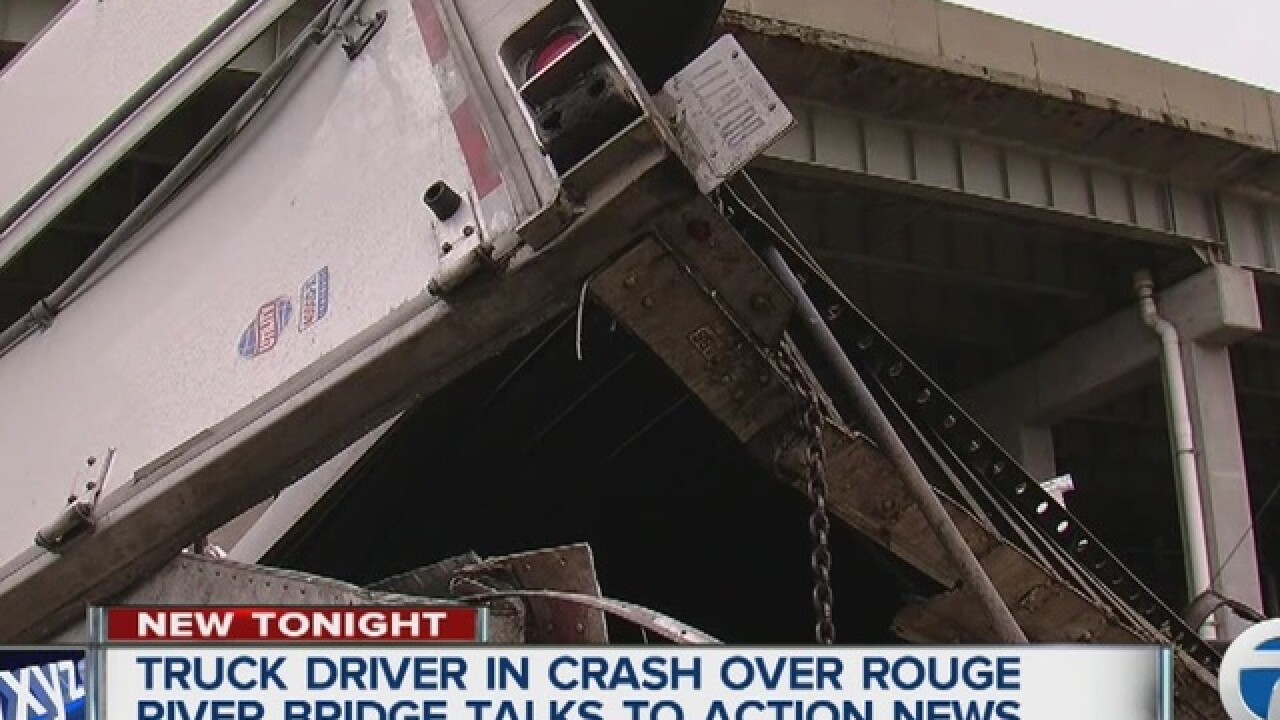 The local driver of the semi truck who hit a barrier wall and falling off a bridge on I-75 at Dearborn St. on Sunday afternoon says he is grateful he is alive.

Kevin Jackson spoke to 7 Action News by phone Sunday evening and says he is now sore and getting some much needed rest.

According to police, the semi was heading northbound on I-75 when another car cut him off. He slid off onto the left shoulder, hit the median wall separating the highway and came back across all lanes of northbound I-75.

That's when he crashed through the wall and landed off the freeway between Dearborn St. and the off ramp for the freeway.

He was taken to the hospital as a precaution but not reporting any injuries.

“All of this could have been avoided if one driver was driving with some sense,” said Jackson.

MDOT is sending out an inspector to check out the bridge, and lane closures on the highway are expected through the night.

I just witnessed a semi truck fall over the I-75 barrier & the driver was absolutely unharmed after people pulled him out. That, is God. ??