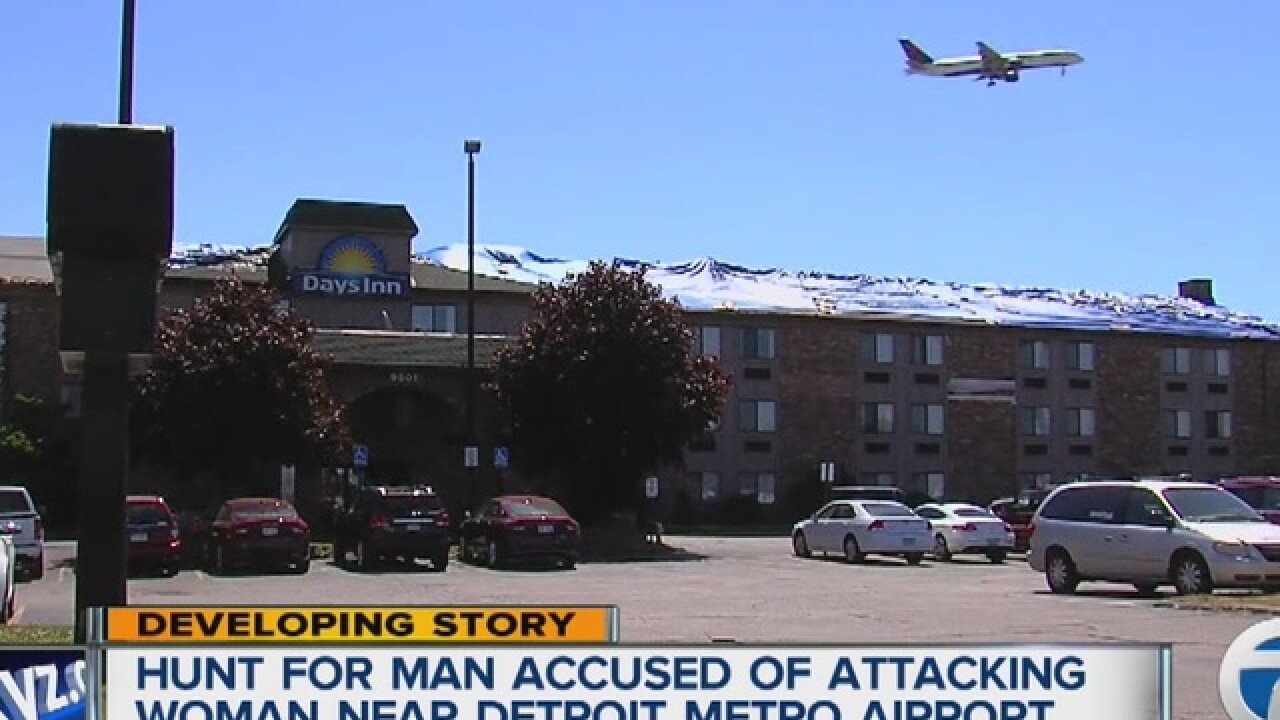 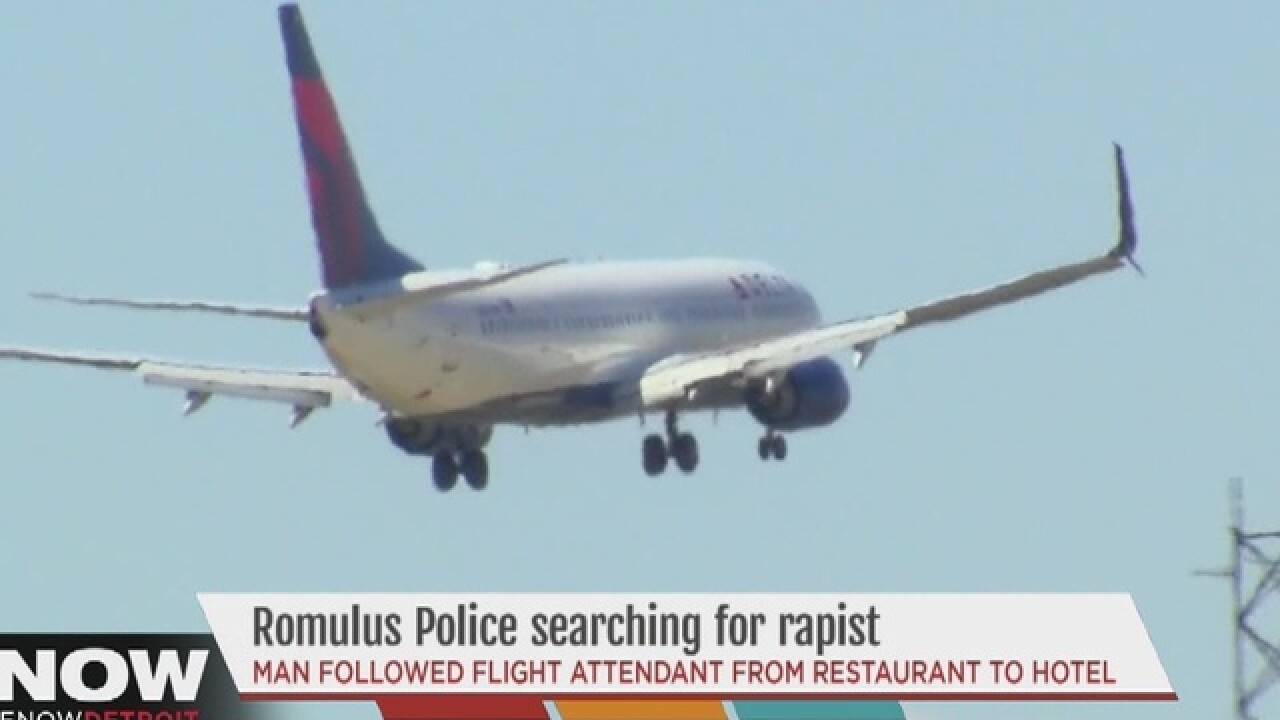 Romulus Police are looking for a rape suspect after a woman was attacked at the Days Inn on Middlebelt near Detroit Metro Airport.

We're told the attack happened sometime after midnight and before 7 a.m. Monday.

The victim, we're told, is a flight attendant for Air Georgian.

Air Georgian has issued the following statement about the incident:

"Air Georgian is aware of the incident involving one of our employees which occurred during a layover in Romulus, Michigan on Monday, June 20th. We have reached out to the employee to offer our support, and are cooperating fully with the investigating authorities. As this is an active police matter, and to protect the privacy of our employee, we will be making no further statements,” said Julie Mailhot, Chief Operating Officer for Air Georgian.

Police believe the woman was followed from a restaurant to the Days Inn. The suspect then managed to get into the woman's room and rape her, according to sources close to the investigation.

Detectives spent the morning at the hotel, talking to any potential witnesses.

Police are asking anyone with information to call them right away.