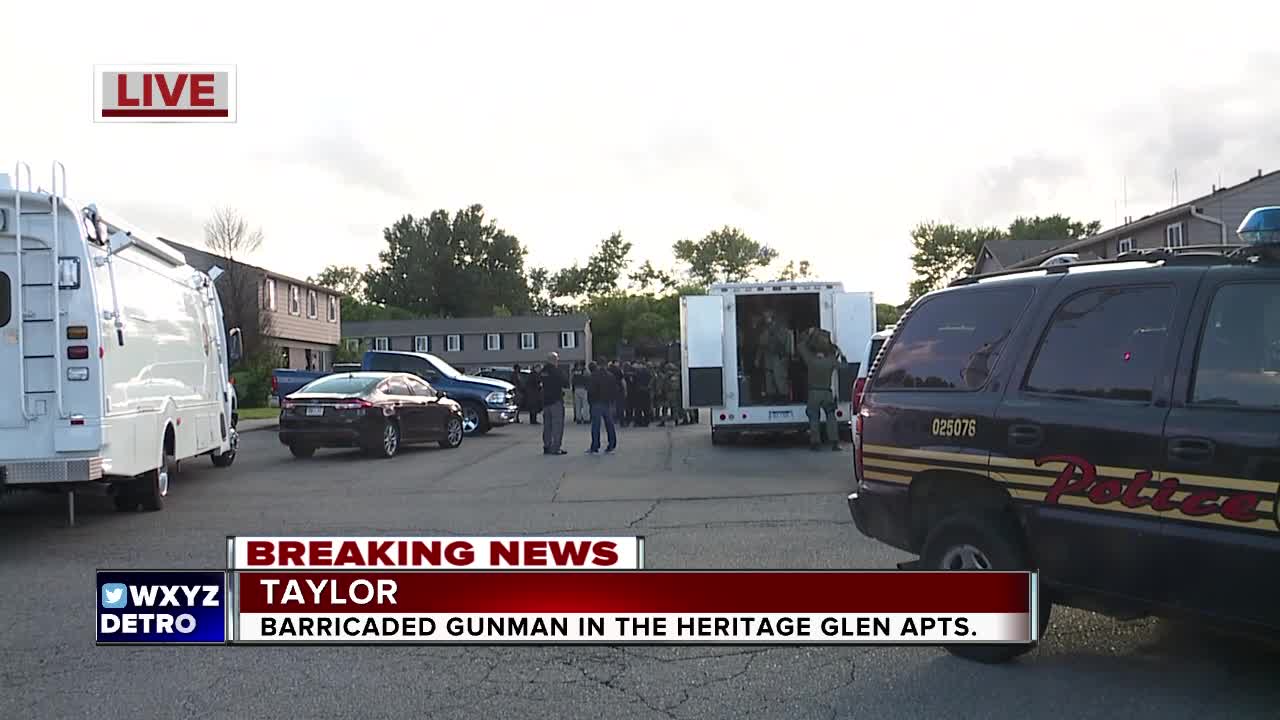 Police are on the scene of a barricaded gunman at the Heritage Glen Apartments in Taylor.

That's in the area of Wick and Pelham.

The situation began around 5:30 p.m. when police arrived on the scene. They used their megaphones in an attempted to get the suspect out.

At that time women who were in the apartment came out and surrendered to police. However, the suspect remained inside.

Around 7:30 p.m., police attempted to breach the apartment and deployed tear gas. At that point a fire somehow began.

Police say the gunman came out after flames erupted in the apartment. He was taken into custody quickly.

The flames then spread rapidly, and smoke was seen pouring from the building. Firefighters arrived on the scene and put out the flames. Police helped evacuate around a dozen people while the flames were raging.

Both Detroit police and Taylor police are on the scene.

The suspect is wanted for homicide in Detroit. That murder reportedly happened on Dexter in May.