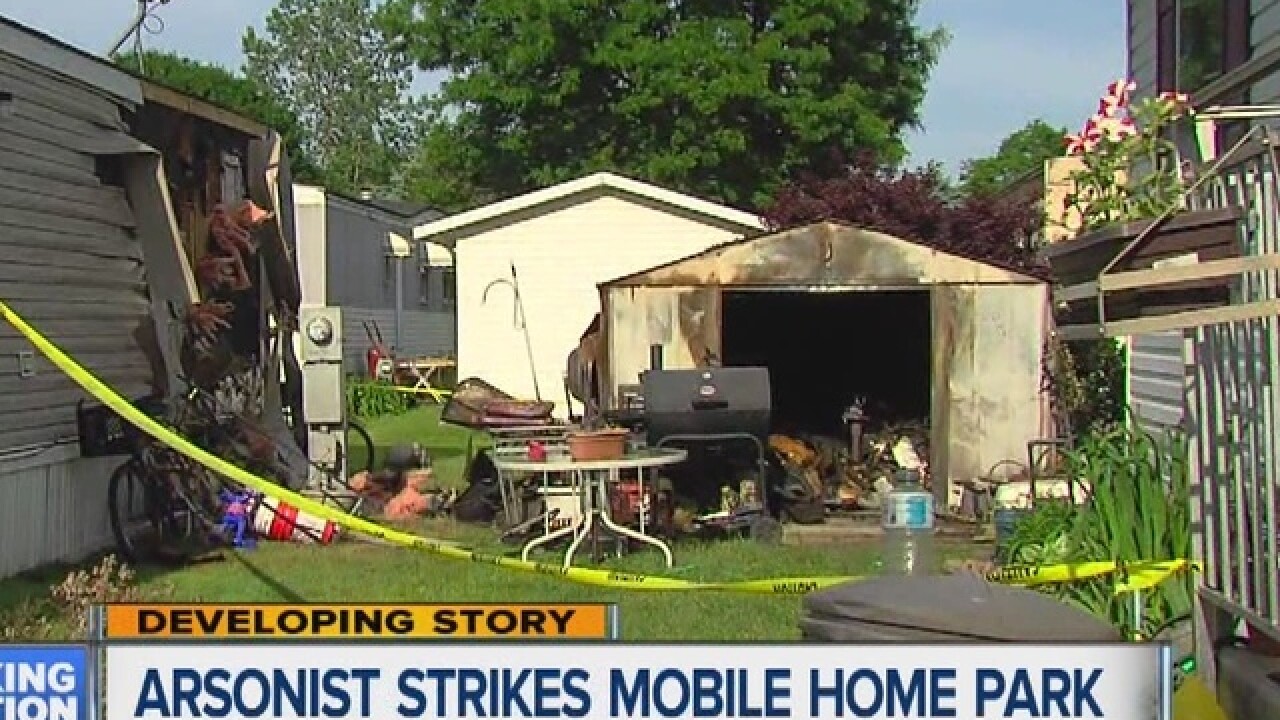 Police say a firebug targeted the area, torching four sheds, and causing more damage to nearby mobile homes. Some of these fires happened right next to gas lines.

Huron Township Police has now dedicated an officer to patrol the area for the next week.

Chris Labonte says he woke up to a frantic knock on his door alerting him to a fire outside.

He says, "So many memories gone. I don't even know where to start."

His girlfriend Doreen Schultz added, "If this is your child and you know who did this speak up. This could kill someone."

If you have any information, call Huron Township Police.