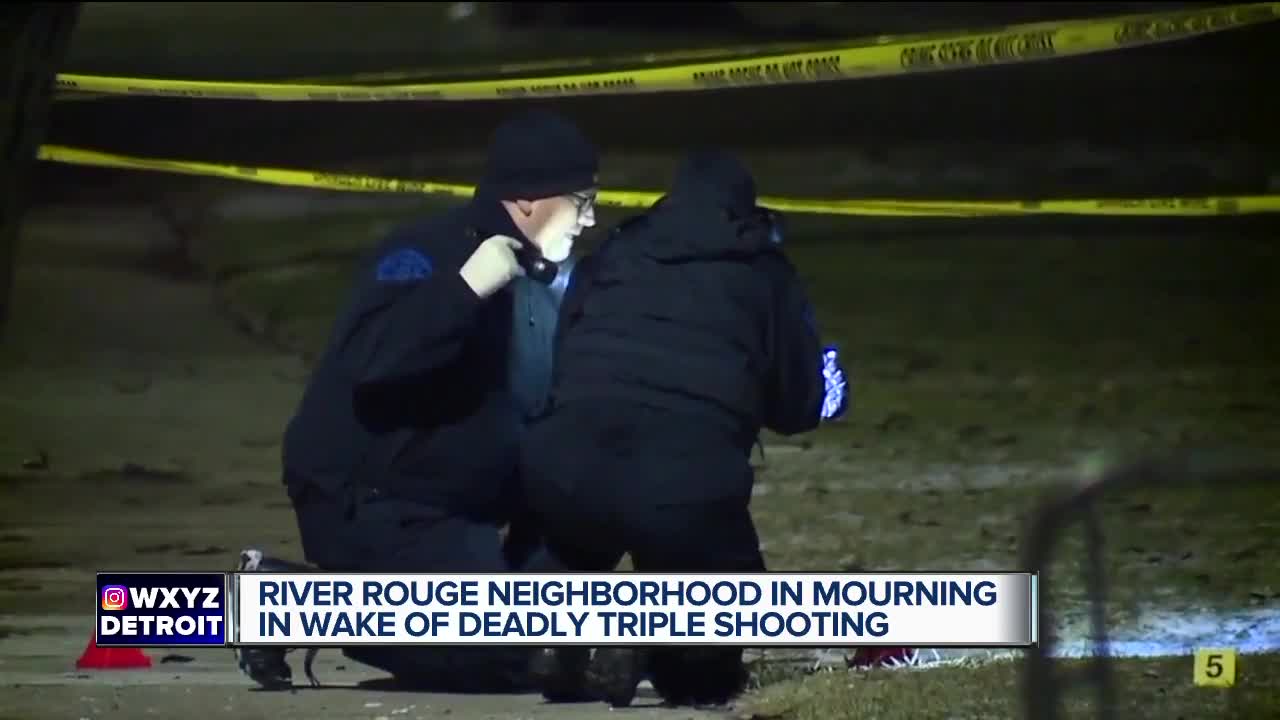 A neighborhood in River Rouge is mourning the loss of a beloved neighbor after a triple shooting left two people dead and one injured.

RIVER ROUGE, Mich. (WXYZ) — A neighborhood in River Rouge is mourning the loss of a beloved neighbor after a triple shooting left two people dead and one injured.

The surviving victim is in the hospital in critical condition, but is expected to survive.

This is the third fatal shooting in the past couple of months. All three incidents are within blocks of each other.

7 Action News reporter Syma Chowdhry shows how neighbors are dealing with this loss.

Folks living on Beechwood Street are still in shock after learning their 48-year-old neighbor was shot and killed last night — along with a 52-year-old woman.

They called the man Uncle Doe and tell him the other victim was his girlfriend.

Uncle Doe is being remembered as a man who take care of his neighbors.

The surviving victim is a 44-year-old man.

“This is happening a lot lately," says neighbor James Black. "This is so terrible considering the fact that we have young children around here. There is a school right there for God’s sake.”

There is also a church on this corner.

This is the third fatal shooting since early December.

A man was shot and killed nearby — also on Beechwood.

And you may remember Tamia Crawford-Cook was gunned down a couple of blocks away as she carried groceries home. Tamia was the daughter of a retired river rouge police officer.

“Make sure everyone is safe. I will have police officers out there, we will patrol and I will have extra guys,” he says.\