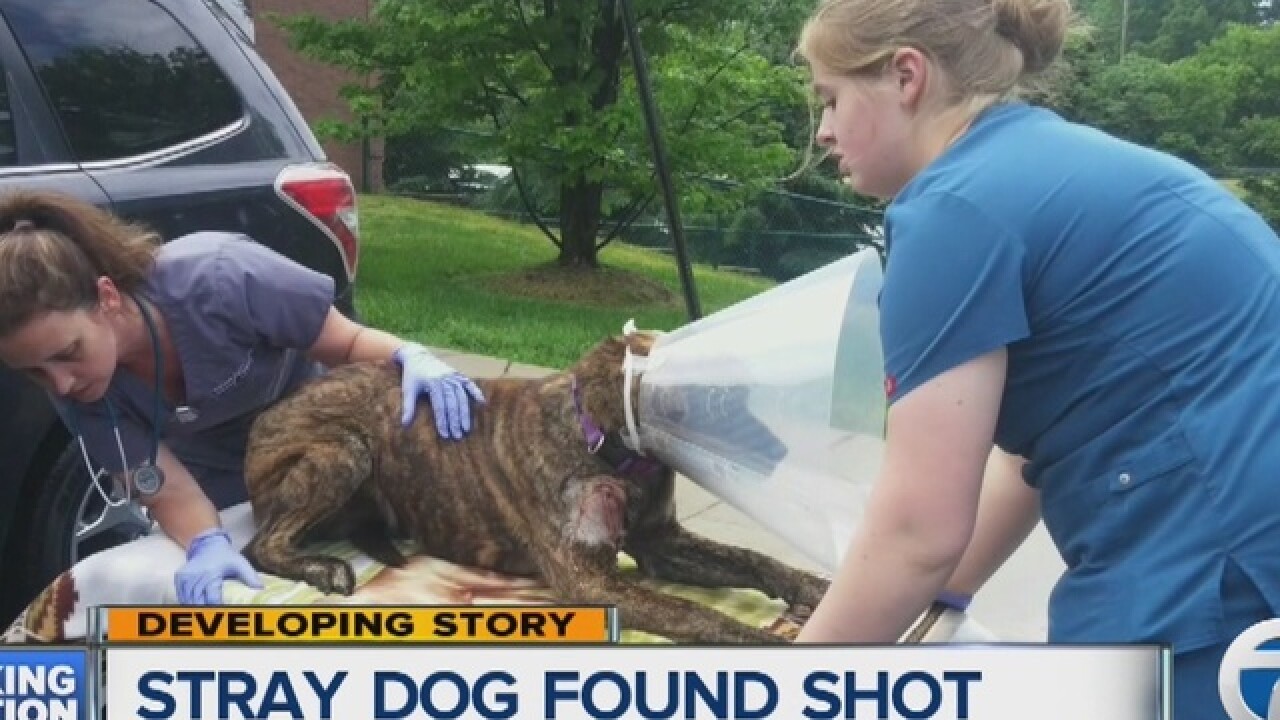 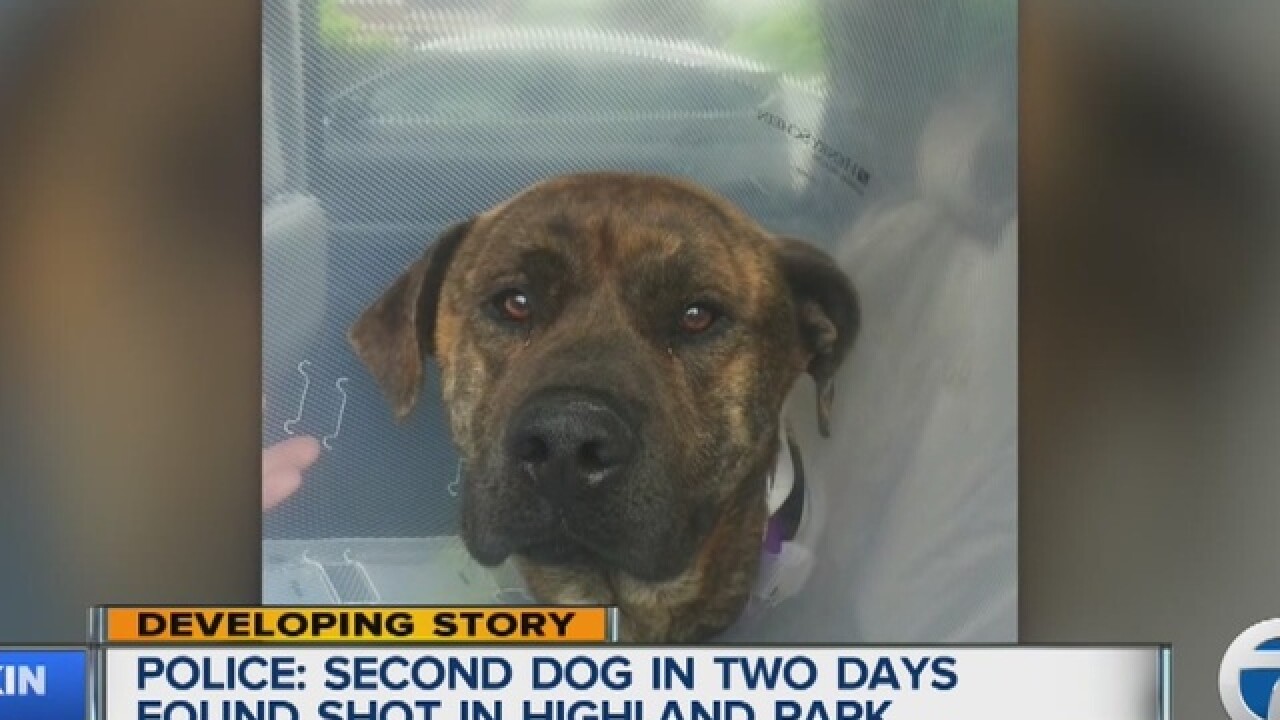 A two-year-old mastiff mix who was shot in the chest is getting the care he needs after Highland Park police officers found him late Saturday night limping in a neighborhood just south of the Davison Freeway. They called Detroit Dog Rescue to pick him up, thinking he had a broken leg, but shelter officials soon noticed the pup had a bullet lodged under his armpit.
“Thank goodness it didn’t hit any major organs," Kristina Rinaldi, executive director of Detroit Dog Rescue, said.
“He had been wandering around for what we think is a couple of days with a bullet lodged in his body," she added.
Rinaldi said it appears whoever shot the dog - whom shelter officials affectionately named "Ali" after the late Muhammad Ali - at point blank range. The bullet went through his chest and traveled down to his armpit.
He was scheduled for surgery at Oakland Veterinary Referral Services in Bloomfield Hills Sunday. His recovery will likely cost Detroit Dog Rescue several thousand dollars. But Rinaldi said what's more troublesome is the fact Ali is the second dog in Highland Park to be shot this week. Another dog was shot outside of a party store while its owner was inside.
"It's horrifying to know that somebody would purposely hurt an animal because what goes on to happen is they usually will hurt a human," Rinaldi said.
Detroit Dog Rescue is offering a $1,000 reward for any information that can help Highland Park police track down Ali’s shooter. Anyone with information can call 313-458-8014. Tips can remain anonymous.