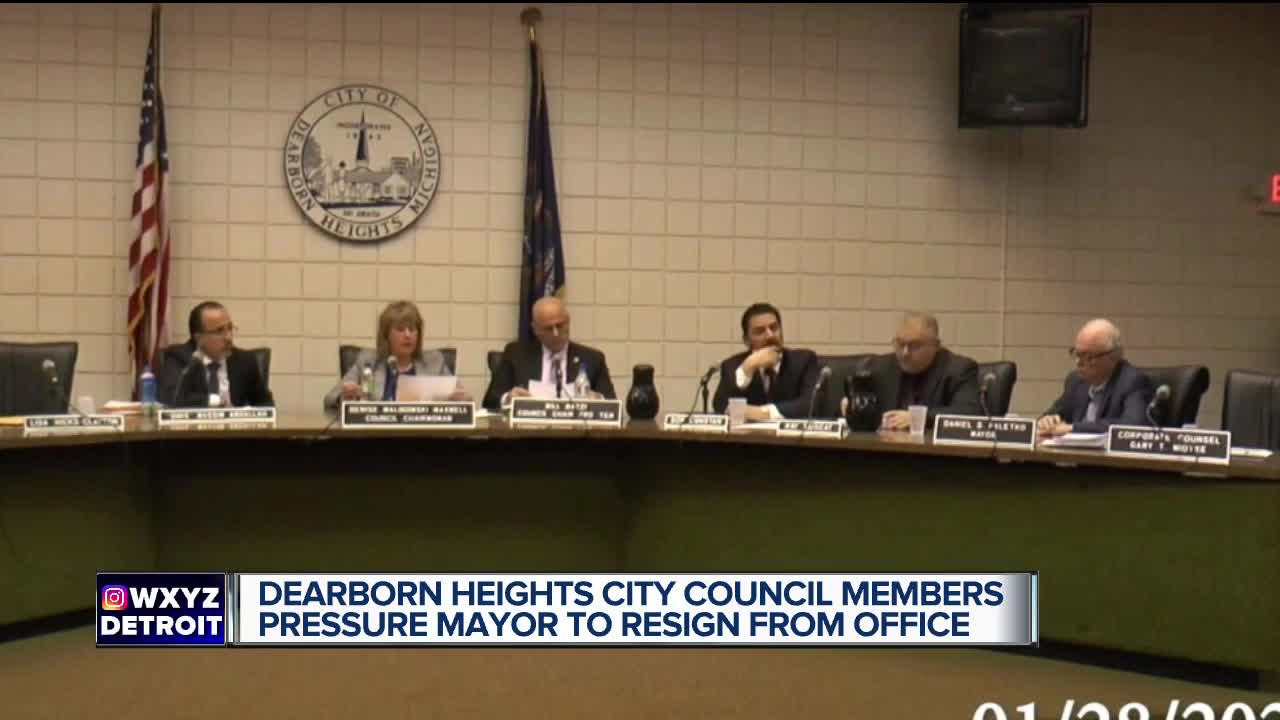 Three city council members have put their names on a press release calling for the mayor of Dearborn Heights to resign.

DEARBORN HEIGHTS, Mich. (WXYZ) — Three city council members have put their names on a press release calling for the mayor of Dearborn Heights to resign.

The reason is shocking. They say he threatened children. But as Seven Action News found out, the mayor has a much different story.

It all happened on Tuesday night at the Dearborn Heights City Council meeting.

Zouher Abdlel-hak, a Dearborn Heights resident was speaking during public comment, accusing the mayor of appointing people to boards with conflicts of interest. As Mr. Abdel-hak walked away, the mayor can be heard saying, “I will take care of your children.”

Mayor Daniel Paletko says he made the comment because Mr. Abdel-hak is "making up stories about the mayor" and not taking care of his children.

“I asked him to be a good father. Take care of his kids,” said Paletko.

Abdel-hak had a very different interpretation.

“He’s threatening my family,” he said.

“He is one of the most loyal husbands and fathers I know,” she said.

She and two other council members, Lisa Hicks-Clayton and Ray Muscat, sent out a release condemning the mayor’s words.

“I do believe it was a threat and it just is consistent with the way the mayor has done things in the past.” said Malinowski-Maxwell.

“I demand he get the hell out of the city, because if he doesn’t I am going to recall him,” said Abdel-Hak.

This release sent out by three city council members doesn’t just criticize the mayor, it also calls for his resignation. The mayor says that is not going to happen.

“I didn't do anything wrong,” said Paletko.

Ironically, Mr. Abdel-hak says his children entered to win a lunch with the mayor years ago and won. They knew the two had political disagreements and wanted them to make up. It seems that at this point is unlikely.