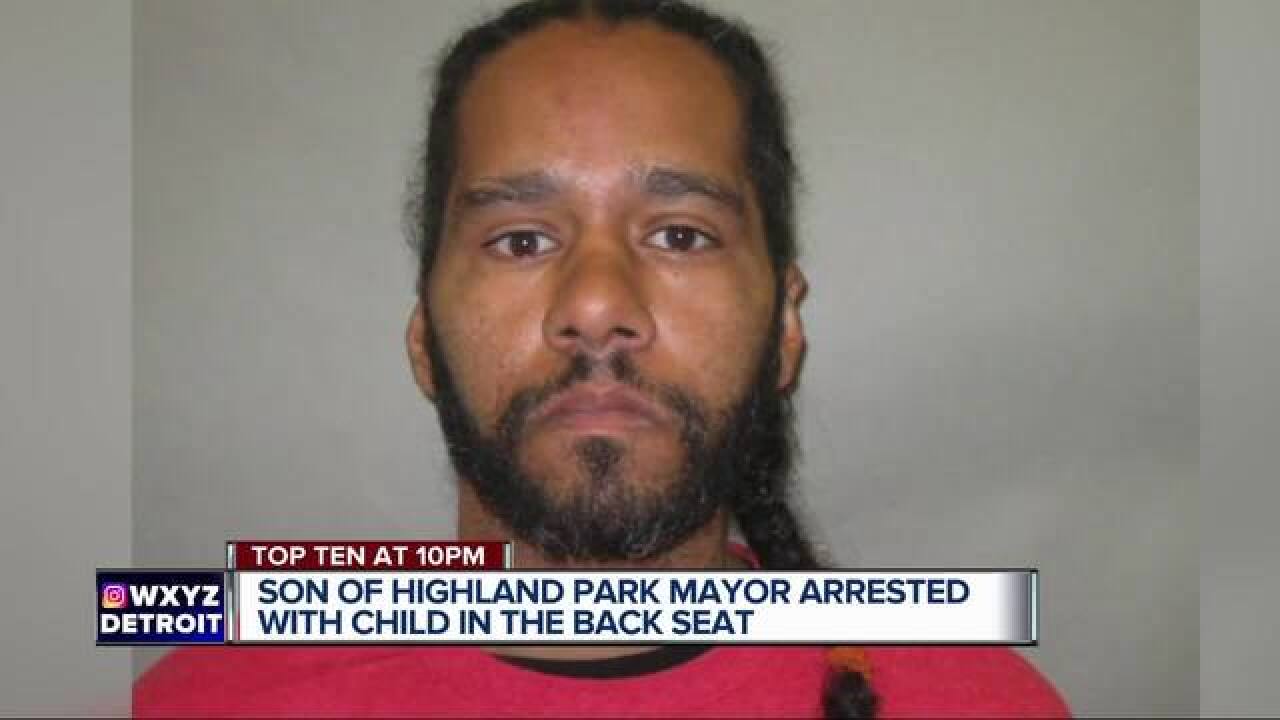 Sources say the son of Highland Park Mayor Hubert Yopp has been arrested yet again and this time he wasn't alone.

That arrest took place on Woodward. Sources tell us the mayor's son was in no shape to be behind the wheel, and even had a small child with him.

Forty-two-year-old Gregory Yopp is known for more than being the Highland Park mayor's son. Records show he's already had serious trouble with the law years back for illegally carrying a gun and drug possession.

The mayor told 7 Action News back in 2010 he was aware of the problems, but his son would not get special treatment.

Now fast forward to this past weekend, when sources confirm Gregory was arrested by Highland Park police at Woodward & Davison on Saturday at 12:30 pm.

They say he was passed out behind the wheel with his foot on the accelerator and a small child in the back seat.

Monday we visited the last known address for Gregory, but instead his father the mayor came to the door and refused comment.

He also wouldn't say where we could find his son, who's since been released from custody.

Later by phone the mayor told us his son has turned his life around and more facts will reveal the truth about what happened.

Sources do confirm this was not an alcohol related issue. So far, no charges have been filed.