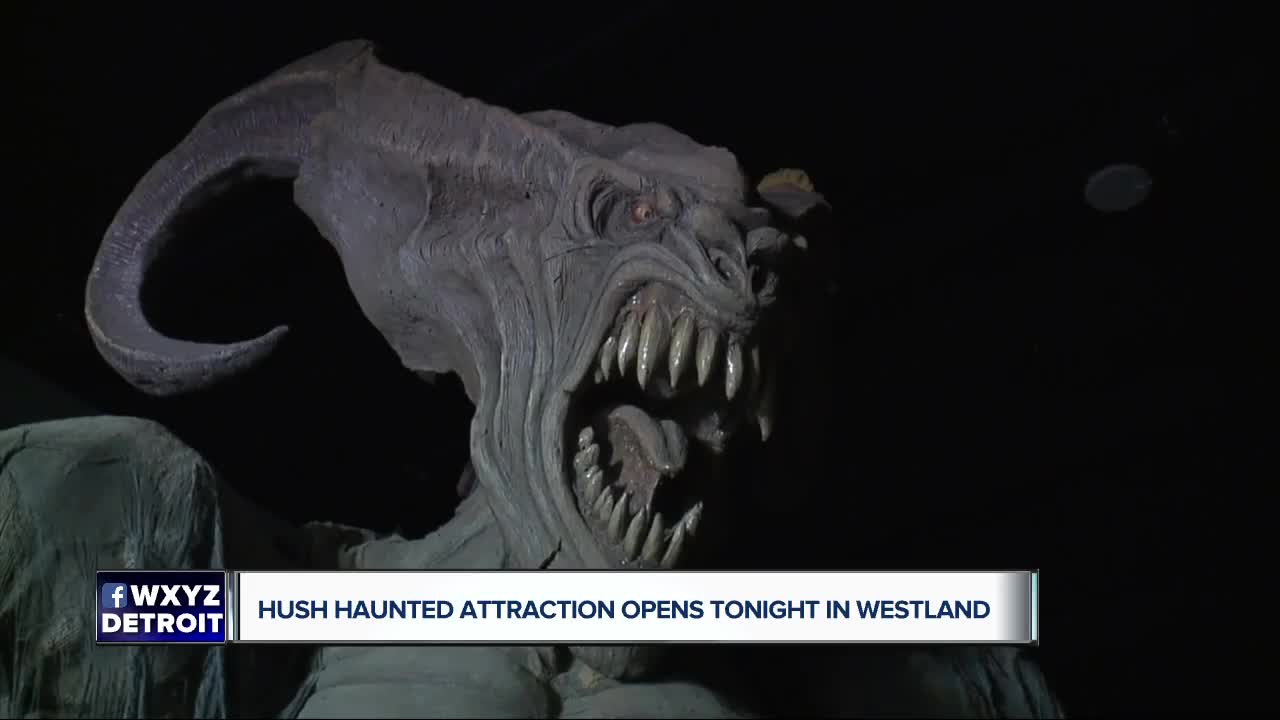 The end of September is just the beginning of the spooky season.

WESTLAND, Mich. (WXYZ) — The end of September is just the beginning of the spooky season.

Some haunted houses are opening up this weekend, including Hush Haunted attraction in Westland — which opens today!

The business started a few years ago, but the demand has been so high they’ve expanded this season.

If screams are music to your ears, then make your way here. It’s spooky! it’s dark! And I don’t think I’m alone.

“Three distinct areas but it’s one walk through. You will have a transition between each one,” says Cody Bailey, Hush Haunted Attraction Executive Producer. “We are currently sitting in the largest and the last of the three which is Rose Cliff Hall 8. It’s a Victorian gothic revival style mansion.”

He says keep head up and your eyes open - you never know what you’ll see.

Hush has been in business for a few years now, but this season they’ve moved the haunted house into this old roller rink.

“It’s going to be that Disney Haunted Mansion-esque. It’s old. The house is almost a living being, but it’s also slowly in decay,” says Bailey.

You will see dolls, but this is no child’s play. It’s Child’s Play!

And they didn’t pull some strings. The group invested half a million dollars into the new set.

They have 60 live actors who are ready to perform for you and it’s really hard to tell who is a prop and who is not.

“It is pretty intense. We have a lot of live actors, animations mixed in with that,” says Bailey.

They open this weekend and will be waiting for you until November 2nd.