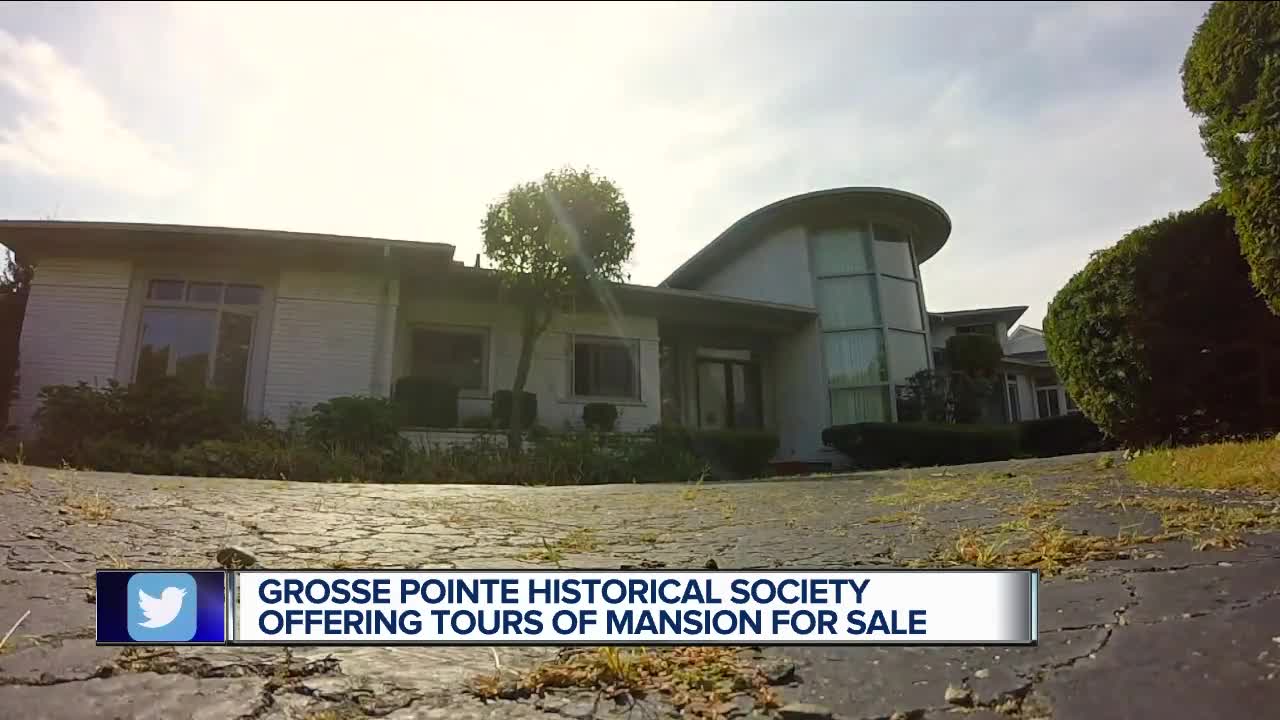 GROSSE POINTE, Mich. (WXYZ) — When a mansion on Lake Shore Road in the Grosse Pointe’s goes on sale, it attracts attention.

There is one home that has hit the market and the local historical society will be offering tours to check it out this weekend.

The home isn’t as old as you would think, but it will make you feel like the past meets the present.

This is a 1953 mid-century modern masterpiece that is mostly original.

Wealthy Detroit businessman Alan Markovitz bought this 5,300 square foot home in Grosse Pointe Farms last year with the intention to preserve what’s here but bring it up to today’s standards.

He was sold on the beautiful lake view and the original features.

“I looked out and go ‘this is amazing, this view.’ Then going up the staircase just looked like Hollywood retro.”

Barney Nowicki is a designer who photographed this home.

“That grand staircase, if that doesn’t say I have arrived, nothing does,” he explained. “Mid-century modern is hot right now.”

The four bedroom and six bathroom time capsule is selling for $1.2 million.

Nowicki says the the feel is Art Deco and Hollywood Retro.

“It takes a fine line to bring the house into the 21st century but retain all the glamour that it already has.”

He tells us, almost everything is original to the 1950’s home and the trim, cabinets, flooring and built-in’s, like a statue showcase, are all in good shape.

“It takes a fine line to bring the house into the 21st century but retain all the glamour that it already has.”

When Alan bought the home, he wanted to remodel it but maintain the mid-century modern feel.

“It will take a few bucks, but I think it’s well worth putting it in, especially in the Grosse Pointe Farms,” he added.

He ended up moving to Florida so he’s hoping to pass the torch to someone with a similar vision.

Markovitz explained, “Give somebody else the opportunity to make this house great as it was when it was in the 50’s.”

The Grosse Pointe Historical Society will be offering tours of the home this weekend.

“I do not believe the society has had ever had a pop up tour in a house this new,” Nowicki added.