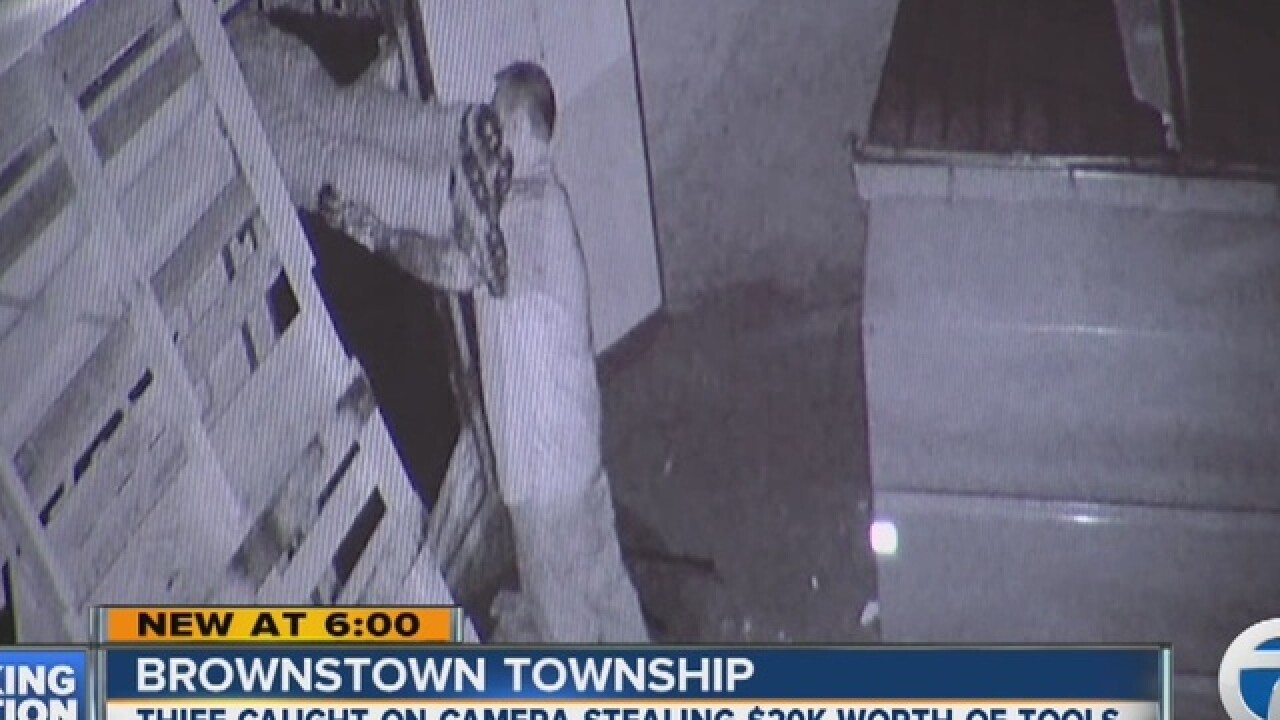 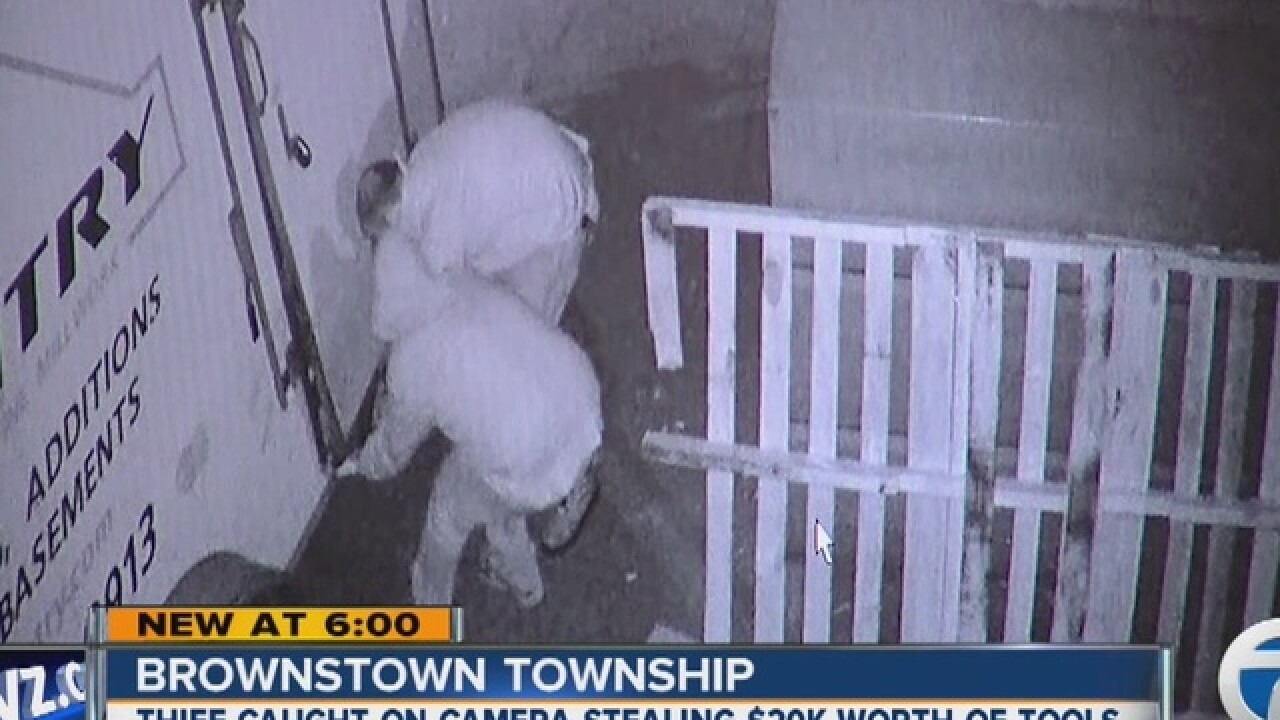 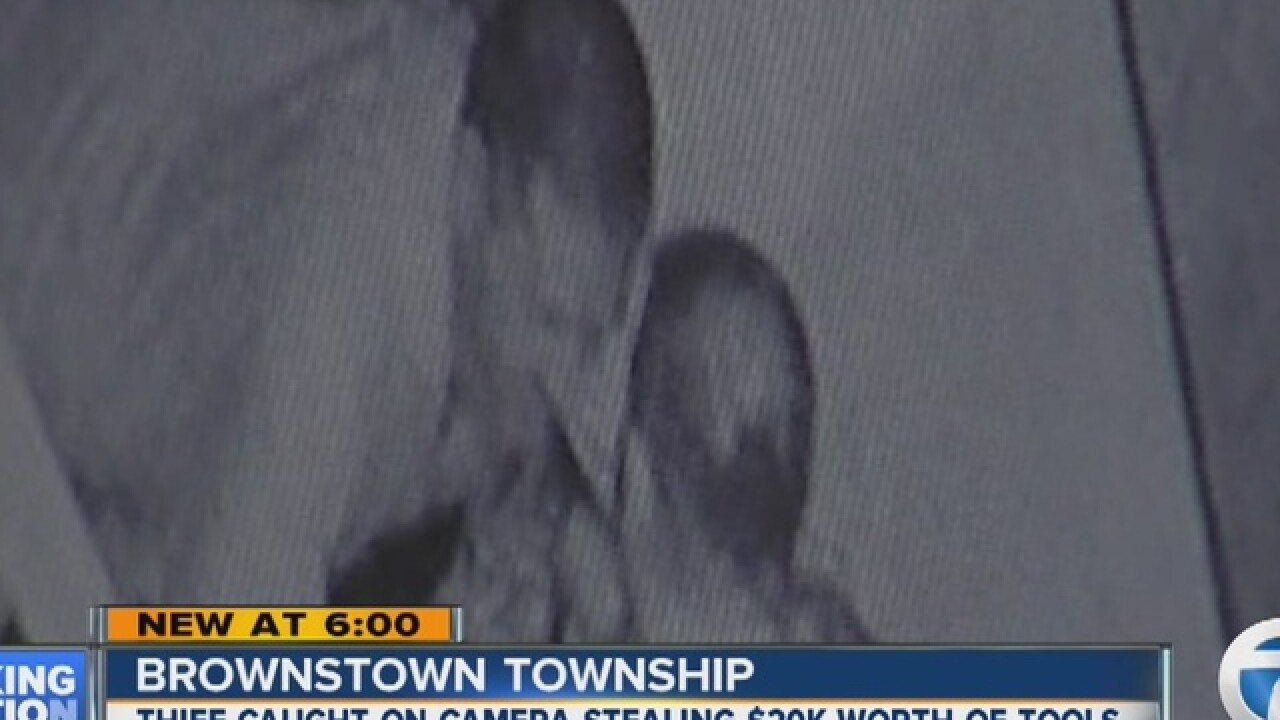 Brownstown Township police are investigating after two men stole $20,000 worth of tools from a business.

Charles Lafferty told Action News security cameras outside of his home remodeling business, CAS Carpentry, showed the thieves breaking into his enclosed trailer and emptying it of expensive tools. The video shows two men prying open the trailer parked at the back of the store in the 17000 block of Telegraph around 12 a.m. Sunday. One of the thieves is seen stacking pallets against the trailer to climb inside as he hands equipment to his partner, who loads it into their SUV.

Lafferty said the thieves took nearly all the tools including circular saws, cordless drills, vacuums, and more, that he uses at job sites every day.

"It's just sickening to watch somebody just rummage through your stuff, just load it up into their own truck like they were shopping. It's just a horrible feeling to actually see them do it," he said.
"I'm not some huge corporation that's just easily gonna replace everything, it's something I had to work for," he added.

The thieves appear to be white men. They had their faces partially covered, but one of them is seen with a shamrock tattoo on the back of his head. Lafferty also said the business behind his was also broken into overnight, and suspects the same people are responsible.

Anyone with information should call Brownstown Township police at 734-675-1300.